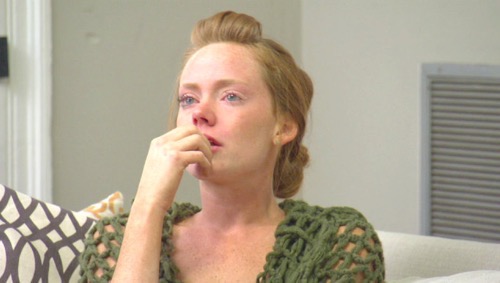 Tonight on Bravo Southern Charm returns with an all new Monday March 16, season 2 premiere called, “Return to Neverland,” and we have your weekly recap below. On tonight’s episode America’s favorite Charlestonians return and Kathryn and Thomas plan another christening because their daughter’s first godmother got too frisky.

Southern Charm is about a real-world show that zeros in on six privileged Southern singles from Charleston, S.C.

On tonight’s show as per the Bravo synopsis, “a second christening is planned for Thomas and Kathryn’s daughter. Shep invites an old friend to the big event, while Whitney arrives late. The Season 2 opener.”

Tonight’s episode is going to be another drama packed one, which you won’t want to miss. So be sure to tune in for our live coverage of Bravos’ Southern Charm Season 2 Premiere— tonight at 10PM EST! While you wait for our recap, hit the comments and let us know how excited you are about this new season of Southern Charm tonight.

The cast of Southern Charm are back for all new season. And it’s a bit of a surprise to find out that most of them are now in the position no one could have guessed last year.

Kathryn and Thomas have had a baby. The little girl’s name is Kensington and apparently they’re about to have a second christening for the child. Their excuse is that godmother from the last one has been fired (according to reports she flirted with Thomas) so now they want a do-over. But not everyone is as thrilled about handing out a second present like Kathryn is about her daughter being on the receiving end.

According to Whitney’s mother, that’s just asking for people to comment. And comment they have. Both Shep and Cameran find the idea of a second christening to be ludicrous.

And even for Whitney, the christening sound like it was going to be too much. So he’s on the fence about attending. Technically he also didn’t attend the last one but in spite of having a good excuse to make it to the new one – Whitney still isn’t sure about going to event hosted by Kathryn and Thomas. The last one didn’t really end so well for him.

Plus, this summer is all about fun. He and Shep are renting a place by the beach while Shep is waiting for his house to be finished and the guys merely want to enjoy themselves. Truthfully, they didn’t get much of an opportunity to do that last time.

First there was the pregnancy scare with Kathryn that three guys were all involved in and then it was a business venture that didn’t pan out.

For example, Shep and Whitney were supposed to go into business together but then Whitney was told Shep wasn’t a good bet. So eventually the deal fell through. And funnily enough Shep then turned around to open a restaurant all by himself.

So a lot happened in between seasons and the one thing that hasn’t changed is Kathryn and Thomas’s relationship. For it seems that in spite of having a child together, things between them continue to be hold and cold. Beginning with the godmother.

Thomas says Kathryn misinterpreted what happened between him and the former godmother but all the same they’re having a second christening to appease her. Though in the long run it’s going to take more than that to make Kathryn happy. She’s been talking about getting married and she’s also brought up the idea of living closer to town.

Right now they live on Thomas’s plantation and so they’re cut off, for the most part that is, from having a social life. And while Kathryn may have denied having a problem with their age difference, she does like to use the phrase that she’s still young when she talks about living so far away from the city. So there’s more than a few cracks in the relationship.

And Whitney is happy to exploit them.

He did show up for christening, late, and he spent most of the party ignoring Kathryn. A woman he still appears to hate from last year. But only now, Whitney isn’t even trying to be respectful towards her.

He thinks she’s white trash so he’s calling her white trash. Thankfully, though, not to her face.

So is there hope for Thomas and Kathryn or is this season going to be replay of what happened last year? He stuck out while it was fun and then left Kathryn when he realized she was never going to be wife material.