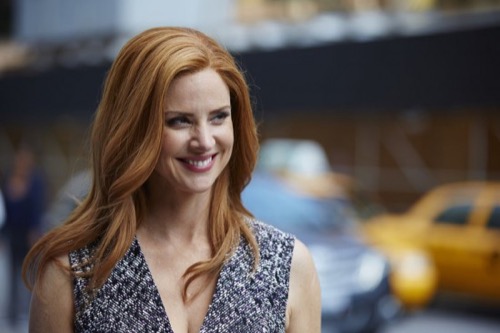 SUITS returns to the USA network tonight with an all new Wednesday July 29, season 5 episode 6 called, “Privilege.” We’ve got your recap down below! On this evening’s episode, Harvey [Gabriel Macht] reels from Dr. Agard’s revelation about the root of his panic attacks; and has to make a tough decision in a case that touches a nerve.

On the last episode Harvey faces old rival Travis Tanner, who claimed to be a changed man, in a case; and Harvey’s sessions with Agard reveal the influence his past had on his present. In other events, Jessica tasked Louis to fix things with Harvey, but the plan made an enemy of Jack. Did you watch the last episode? If you missed it we have a full and detailed recap, right here for you.

On tonight’s episode per the USA synopsis “Harvey reels from Dr. Agard’s revelation about the root of his panic attacks; and has to make a tough decision in a case that touches a nerve. In other events, Mike and Louis take over responsibility for Harvey’s oldest client; and Donna tries to make Rachel’s dream wedding possible.”

Harvey has quit therapy again only this time he at least had a legitimate excuse. See, Harvey’s mother is trigger for him and that’s just how it’s always been. So Harvey didn’t want to discuss the woman, who truthfully was at the very heart of his abandonment issues, and he chose to stop seeing Dr. Agard when she tried to push him when he wasn’t ready.

And unless a patient is ready, there isn’t a doctor in the world that can push him or her into revealing the deepest darkest parts of themselves.

So, yes, Harvey had an excuse to quit therapy and the reason was that he wasn’t ready for actual therapy. Like discussing his feelings or get in touch with his inner child. And in fact he only showed up for his appointments in order to rid himself of panic attacks. Yet his stubbornness doesn’t change the one thing he can’t deny – he’s a hot mess.

And so recently Harvey’s friends have been looking out for him. Mike tends to take on cases he knows Harvey doesn’t really want to be bothered with. And Rachel stands guard whenever she feels like someone is going to push Harvey too far.

Which, when you think about it, is kind of bad. Harvey has this reputation for being made of stone yet even his new secretary knows she has to practically baby-sit him.

So taking on Samuel Tull as a client could probably be considered risky behavior. Harvey didn’t like the other man all that much and some could say they’ve “traded words” in the past. But despite that Harvey chose to represent Samuel in a defamation lawsuit.

A while back Samuel had nearly railroaded one of Harvey’s clients but now he’s being railroaded himself by his former company that don’t want to admit they did illegal trading in his name. So Harvey had come up with a strategy on how to defeat them. And to be frank it was a good one.

If it worked then his client would receive million dollars on compensation either way.

Thus Harvey then felt justified in walking away from therapy. Dr. Agard was unreliable and could flip on her clients at the drop of the hat. And Harvey knows this because later he tried to talk her into giving a false testimony only for her to turn him down.

She said she had to do what was right.

Though that wasn’t always the case. So when she came to testify against Samuel, Harvey ripped into her character. He revealed that she once gave a false testimony about a client after receiving pressure from the another/paying client. And Harvey used that to discredit her.

So Harvey crossed the line and ended up losing his doctor’s trust in the process. She was soon fired from the company that had her on retainer. And as it turns out Harvey burnt a bridge while he still needed it.

Dr. Agard was Samuel’s therapist but she also saw all the traders and had a file on each one of them. Meaning she could have helped Harvey’s case and would have saved Samuel from having to go to prison.

But Harvey wasn’t thinking about that while he was being petty. And funnily enough this week Louis actually tried being the bigger person.

Jessica had a little to talk with him and she told him that he needed to give up the pettiness/feud with Jack Soloff. So that’s what Louis did. He was working on a case with Mike and set Mike to reach out to Jack in good faith.

And then Jack stabbed them in the back.

He blew up their deal and for 24 hours they were fired from the client they were supposed to be representing. But guys eventually fixed that. And they won back their client.

Then the guys, who were often caught having an argument about this case to begin with, screwed over Jack together.

And Harvey, finally figuring out that he was the one in the wrong, apologized to Dr. Agard.