Switched at Birth LIVE Recap: Season 4 Episode 15 “Instead of Damning the Darkness, It’s Better to Light a Little Lantern” 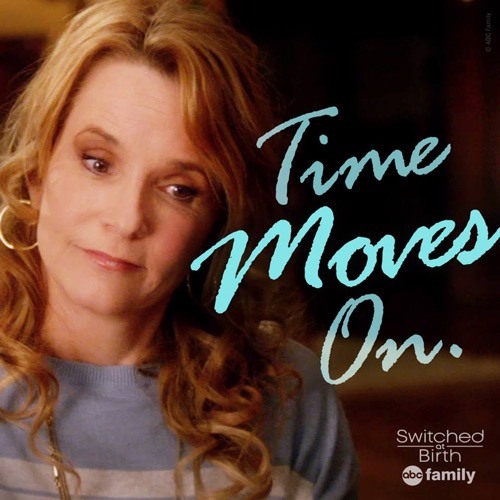 Switched At Birth returns to ABC Family tonight with an all new Monday September 21, season 4 episode 15 called “Instead of Damning the Darkness, It’s Better to Light a Little Lantern,” and we have your weekly recap below. On tonight’s episode, Daphne, (Katie Leclerc) Bay (Vanessa Marano) and Travis (Ryan Lane) head to Mexico on spring break to do volunteer work with Melody. (Marlee Matlin)

On the last episode Bay discovered that Regina’s moving. Meanwhile, Kathryn and John considered endorsing products to improve their economic situation; Daphne attempted to become the safety captain at her dorm; and tension mounted as Angelo’s birthday neared. Did you watch last week’s episode? If you missed it, we have a full and detailed recap right here for you.

On tonight’s episode as per the ABC Family synopsis, “Daphne, Bay and Travis head to Mexico on spring break to do volunteer work with Melody. While there, Daphne forms a surprising bond with another volunteer, Bay’s anger erupts and Melody’s boyfriend presents her with a life-altering suggestion.”

Tune in to ABC Family at 8PM EST to watch “Instead of Damning the Darkness, It’s Better to Light a Little Lantern” we’ll also be recapping it all live for you right here. In the meantime head to our comments section and tell us your thoughts on season four so far and enjoy a sneak peek of tonight’s episode below.

Bay, Daphne, and Travis all chose to spend their first spring break by going down to Mexico with Melody. Melody and her boyfriend were going to be outfitting people who had never had access to listening devices before. So the entire trip was supposed to be altruistic.

And at first everyone was excited. Bay was going to go down there to help and she had already been promised a day off to do her interview for the Frida project that she was so looking forward to. However Bay soon lost her enthusiasm for literally everything all because Emmett showed up when no one was expecting him to.

Emmett is on spring break as well and he wanted to use that time to go see his mom. Although running into Bay was slightly awkward. Bay was angry and she only got angrier when he revealed he was now dating Skye. Skye who by the way was nothing like her so Bay in fact had ample opportunity to make fun of anything attached to this other girl. Like her clear love for anime that she has (Emmett had a couple of stickers) and the new bracelet that Emmett is wearing which is probably a matching set.

But a line was a crossed. In her anger to get back at Emmett, Bay looked for fights and checked his phone when he wasn’t looking. And if invasion of privacy wasn’t enough she also was on the phone when Skye got angry at Emmett.

Skye apparently didn’t know that Bay was going to be in Mexico so she kind of lost it when she found out. She started texting question after question about whether or not Bay wants to get back together with him. Though with Bay – who knows?

She couldn’t have been that angry at Emmett if she wasn’t still in love with him?

And speaking of anger, Daphne’s trip also turned sour. She wasn’t fazed about Emmett arriving out of the blue and the two eventually made it. Yet being a volunteer was a lot harder than she thought. She just initially assumed that she was going to be able to help everyone that came to clinic. So when one patient who had never learned to read or write also couldn’t be outfitted for a hearing aid – Daphne took her failure to help personally.

Yet Bay should be a lesson to those who can’t let go. She was still angry about the whole Skye thing and it didn’t help that Emmett later accused her of being crazy jealous in wanting to break up his new relationship. So what did Bay do? She went and hit on Travis. Poor unsuspecting Travis!

Travis thought body shots were going to be a great idea. He was down in Mexico where it’s perfectly legal to drink at 18. So he was having some fun on their off-time from the clinic. However Bay wasn’t thinking about having fun. She was merely using him at the time to prove a point.

So the body shots were used to make Emmett jealous and wow was he jealous. He didn’t like seeing his friend and his ex doing body shots off each other. And quickly stepped in to accuse them of making fool of themselves.

But what was really his problem came out when he started to argue with Travis. Emmett came right out and ask Travis how long he had been sleeping with Bay. And if it was going on while he was still in a relationship with her.

And that was basically his way of calling his friend a traitor and his ex a slut.

Therefore Travis had every right to get into his face and when Emmett punched him he then returned the favor. Though before things could escalate, the guys were pulled apart by Melody and her boyfriend. Melody had recently been discussing the possibility of adopting a child together and this trip might have put an end to that what with her eldest still acting like a child himself. Only Emmett did recover some of his sense afterwards and he went to Travis to apologize.

He told Travis that he’s probably feel something for Bay. Yet he was sorry that he let that get in the way of their friendship. Then Emmett said something that drew a line between him and Travis. He said he knew Travis didn’t actually have feelings for Bay but Travis didn’t end up agreeing with him. For it looks like he does have feelings for Bay.

So the two didn’t end things on a high note and they each returned to campus still angry with each other.

Though Bay came to terms with what happened with Emmett. She missed her Frida interview but that didn’t matter so much because she eventually met someone who knew Frida personally. And this older woman told her what the artist was really like.

And Bay’s greatest hero was very unhappy woman. She was in a cycle with her husband where they hurt and then loved each other. So that in turn Bay realized she didn’t want to keep hurting or be hurt by Emmett. And the only way to end their cycle was to forgive.

So that’s what she did.

And Daphne came to help a lot of people down in Mexico. She found someone that could teach them sign language in their nearby village seeing as there was only six schools in the whole country that did teach deaf young men and women how to communicate. And though she didn’t help the person she was aiming for, Daphne made a name for herself while she was down there.