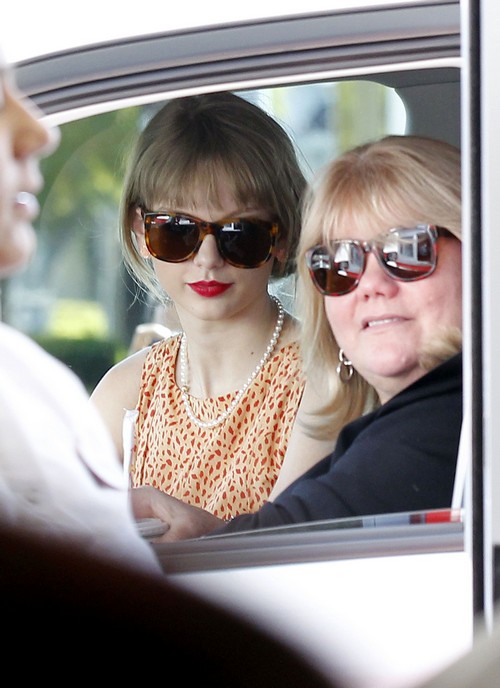 Taylor Swift’s relationship with Calvin Harris might be a mess right now, but the pop star can rest easy because her mom, Andrea Swift, is officially cancer free! Earlier this summer Taylor Swift revealed to her fans that her mother had a cancer scare and was undergoing treatment.

Of course her devoted followers on social media bombarded Taylor with well wishes for her mother Andrea. Taylor’s mom Andrea is officially done with her cancer treatment – and according to a new report she has gotten a clean bill of health.

This week’s edition of Star Magazine reveals that Taylor Swift’s mom Andrea’s close call with cancer is now behind the famous family. An insider dished to the magazine, “Andrea is doing great and feeling healthy! Some people couldn’t understand how Taylor could go on tour with her mom being sick, but the doctors caught it early enough that it didn’t pose as big of a threat as it could have. And Taylor got the best care that money could buy and was in constant contact with her. Everyone is so relieved!”

Taylor’s mom Andrea’s health is on the up and up, but that doesn’t mean the rest of T-Swift’s personal life is in the clear. Now that she can stop worrying about her mother, she and start focusing some of her energy on her troubled relationship with DJ Calvin Harris. Taylor and Calvin are not in a good place at the moment, and the singer is still livid that her boyfriend was caught leaving a Thai massage parlor where he allegedly received a “happy ending.” Whispers among Taylor’s inner circle are that she and Calvin are on the verge of a break-up, and the fact that neither of them have posted any pictures with each other recently on social media is not a good sign.

Are you as happy for Andrea as we are? Do you think that Taylor and Calvin will be able to repair their relationship too? Let us know what you think in the comments below!

Taylor and Andrea Swift by FameFlynet