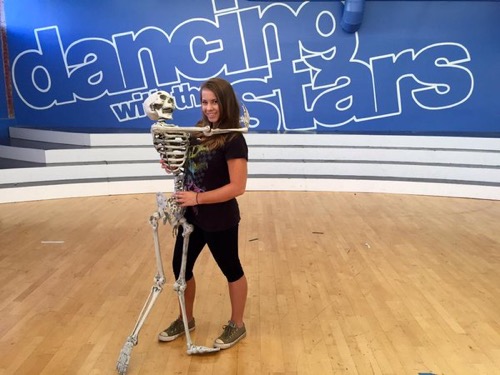 Tonight on Dancing With The Stars it is the highly anticipated Team Dance.  Team Who You Gonna danced a freestyle dance on tonight’s season 21 week 7 of DWTS for the Halloween Night themed music evening.  Team Who You Gonna Call is comprised of Bindi Irwin (Team Captain) / Derek Hough, Alexa Penavega/ Mark Ballas, Carlos Penavega/ Witney Carson  and Alek Skarlatos / Lindsay Arnold. They danced their freestyle dance for their team dance.  Did you miss any of the dances tonight?  If you did you can see them all, RIGHT HERE!

The eight remaining couples will perform an individual Halloween-themed routine in addition to a competitive team dance. For the team dances, the cast has been divided into two frightening teams: Team #Nightmare and Team #WhoYouGonnaCall. These two teams will compete against each other, vying for a perfectly wicked score from the judges.

Team Who You Gonna Call Judges Comments: Bruno: “You definitely killed that number, you captured the fan of the movie. I spotted for a second one person slightly off sync in the beginning, but I loved it.” Carrie Ann: “I thought the energy was fantastic, but the girls in the beginning were out of sync. But I thought as a group Alek did really well, you were so powerful.” Julianne: “I didn’t see anyone mess up, it was just to foggy. This was a group coming together having fun.”