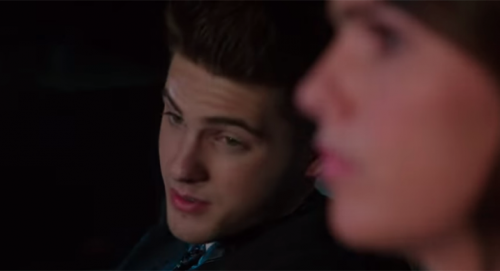 Tonight on MTV, TEEN WOLF airs with an all new Monday July 20 season 5 episode 5 called “A Novel Approach,” we’ve got your recap down below! On tonight’s episode, the pack enters Eichen House.

On the last episode, Stiles worked on tracking down a fugitive; Liam attempted to be wingman for Mason while at a nightclub.

On tonight’s episode, per the MTV synopsis, “the pack enters Eichen House in order to learn more about the Dread Doctors.”

Tonight’s episode is going to be really interesting. You’re not going to want to miss even a minute of this exciting season 5 episode 5! We will be live blogging TEEN WOLF on MTV beginning at 10 PM EST. In the meantime, enjoy the sneak peek preview of tonight’s episode below.

Stiles is struggling to fight off Donovan. He bashes his head and manages to overcome his attack. Stiles starts running away. Donovan follows him. Stiles runs into the school library.

Stiles drops his phone. Donovan picks up Stiles’ phone and yells, “You probably don’t know who I am.” Donovan starts yelling at Stiles about how Sheriff Stilinski didn’t do anything to help his father when they were partners in the force many years ago. Donovan’s father ended up in a wheel chair; he was paralyzed from the waist down.

Stiles and Donovan get into a bigger struggle. Stiles start climbing a scaffolding when Donovan grabs his legs. Stiles undoes a bolt in the structure and it comes tumbling down. One of the sharp steel rods impales Donovan. He dies slowly. Stiles is in shock. He calls 911 but doesn’t say anything once the operator picks up.

Donovan still has Stiles’ phone, so he grabs that before he leaves.

Stiles runs back to the parking lot, fixes his Jeep, and hears sirens. He thinks about going – but, instead, he backs into a parking lot and turns off his lights. He puts his head down as a cop surveys the scene. He breathes heavily, unsure of how to react after thinking he’s just killed a kid. Stiles listens to the police scanner; a voice says that it was just a prank call and nobody is there.

Stiles rushes back into the library. Donovan is gone.

Scott is sleeping with Kira. She’s sleeptalking in Japanese.

Scott gets a signal on his phone that the security system has been tripped at Deacon’s vet clinic.

Stiles arrives home and begins writing information his glass board. He writes two possibilities: Donovan’s NOT dead or Donovan IS dead and somebody took his body. He grows anxious and has a panic attack and furiously erases what he’s just written.

Stiles gets a phone call from Scott, who tells him that somebody is STEALING the bodies. Scott informs Stiles that Lucas’s body from the morgue was stolen. Next, we see Parrish carrying a body to the nematon.

Malia shows Lydia the book she found in Tracy’s room. The book is called The Dread Doctors. Lydia reads the synopsis of the book: it’s about teenagers who are buried alive and resurface transformed.
Scott talks with Theo in the locker room. Turns out that the book was dedicated to Dr. Gabriel, the strange doctor being kept in Eichen House.
Next, we see Theo run to the Dread Doctors’ layer. He says, “The book worked! They’re going to see him tonight.”
Stiles tells Lydia that he’s not letting her go to Eichen House alone. Meanwhile, Scott and Kira’s relationship is strained. She asks him to do him a favor and asks him to look at her with his eyes – his other eyes. She wants him to look at her and tell her what he sees; he sees her kitsune spirit. It seems to be growing larger and larger.
At the Eichen House front gates, Scott tells her about Kira’s recent rages – when she appears to be overtaken by her kitsune spirit. He’s worries about her and what she might do in the future. He says that she frequently mutters stuff in Japanese – but she doesn’t know any Japanese.
Stiles, Lydia, Scott, and Kira enter the Eichen House front gates.
The orderly tells them to empty their pockets into a container.
The guy asks her to remove her belt.
An officer comes to get them and leads them to Dr. Gabriel. He tells them not to stare into his eye(s) or pay attention to anything else they see down there. Kira and Scott aren’t allowed entry because the place is infused with heavy amounts of mountain ash.
Dr. G asks if they brought the book. Lydia says that there is no author. She has figured out that he was actually the author. He says there was only one printing of the book and it was published in an effort to “open their eyes.” To what? “The Dread Doctors,” he says.
Theo and Malia are studying late in the library. He asks if she needs a ride home. Uh oh. I think she’s falling for his charm.
Lydia asks why he published the book under a pseudonym. He says that, at one time, he had a reputation to uphold. And, also, nobody believed what he was saying. He asks if the doctors are in Beacon Hills. He says that they are scientists who worshipped the supernatural and, over time, learned how to control energy, vibrations, and frequency to understand new things about the supernatural realms.
Stiles and Lydia ask Dr. G what he wants for his information. He passes to Lydia a tape recorder. He wants her to record her scream. Stiles says NO. Meanwhile, Kira’s electrical powers are freaking out. She doesn’t have any control over them.
The lights begin flickering on and off. They ask what’s happening. Dr. G asks Stiles and Lydia who they came with – but, more importantly, WHAT are they? He says that they brought with them a kitsune, huh? Dr. G says that part of Eichen House’s strength is its ability to keep certain supernatural creatures in and others out. Kira’s powers are disrupting the institution’s defenses. Essentially, this has brought down Eichen House’s barriers, and now the Dread Doctor’s are free to walk right through the front door.
Theo and Malia are practicing driving. He tells her to go faster and to change her hand position. She has a flashback to the time when she crashed when she was younger. She begins driving at break neck speed. Theo urges her to stop the car right now. She does. She gets out immediately and starts breathing heavily.
Meanwhile, at Eichen House, Kira is overcharged with electricity and has been knocked out.
The Dread Doctors show up at Eichen House. They walk through the front door.
Dr. Gabriel says, “Hit record! It costs you nothing.”
Lydia asks first, “What does the book do.”
Dr. G says that the book opens people’s eyes. People can’t remember the doctors once they’ve seen them so the book helps “jog” people’s memories – if they’ve ever interacted with the doctors before. He says that he wrote the book in an effort to reawaken people’s memories – to see if he was the only one who’s ever experienced them or their ways before.
He says that’s all the book does – now he wants Lydia’s scream! She takes the tape recorder. She gives him her scream.
Malia’s having a panic attack on the roadside and having a flashback. She realizes that her mother, The Desert Wolf, caused her and her family to crash all those years ago.
Scott bites the bullet and picks up Kira, who’s overpowered with electrical current. He fights through the pain.
The Dread Doctors approach.
Lydia asks Dr. G what they want. He tells them to READ THE BOOK! They leave.
Scott and Stiles hide.
The Doctors approach Dr. G. They enter his cell. They take out his third eye.