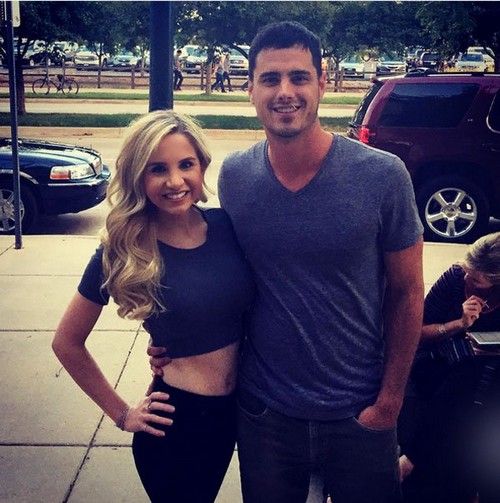 The Bachelor 2016 spoilers tease that Ben Higgins will have his hands full when Season 20 premieres in January. Spoilers indicate that Chris Harrison and the producers of The Bachelor have outdone themselves this season and cast 28 of the wildest and most dramatic women yet to date Ben Higgins.

According to an all new report from In Touch Magazine, Ben Higgins’s season of The Bachelor will be one of the craziest yet.

The Bachelor spoilers tease that there will be at least one major villainess of the season – 25 year old real estate agent Lace Morris. According to In Touch, Morris rubbed the women the wrong way from day one when she received the first kiss from Higgins – and continued to egg them on throughout Season 20.

An insider dished to In Touch, “Lace goes out of her way to annoy the other girls. She is definitely the villain of the season.”

Remember crazy Ashley Salter on Chris Soules’ season of The Bachelor? Well, Chris Harrison and TPT are hoping for a nutty encore and cast a “chicken enthusiast” named Tiara Soleim to fill Ashley’s shoes. According to Bachelor 2016 spoilers, Ashley is definitely bizarre – but she and Ben Higgins do have a “real connection.”

Of course, The Bachelor 2016’s shocking casting of two alums Becca Tilley and Amber James (both dated Chris Soules), also creates quite a stir in the house. Obviously, the other women are not impressed that Amber and Becca are getting a second chance at love.

Basically, it’ll be a female version of the lynching of Nick Viall on Kaitlyn Bristowe’s season of The Bachelorette. Spoilers tease that neither Becca nor Amber are crowned the 2016 winner – so their previous experience on the show obviously didn’t help them too much.

An insider dished to In Touch, “She is absolutely crazy and desperate to find a man that will raise her social status. That’s why her marriages didn’t work out – she is desperate to be admired.”

SO Bachelor fans, are you as excited as we are for the all new season of the reality TV dating show? What do you think of the whacky women that have been cast to date Ben Higgins? Do you think he will be the first Bachelor in the last three seasons to actually wind up getting married?

Let us know what you think in the comments below and don’t forget to check CDL for all of your Bachelor 2016 spoilers and news.