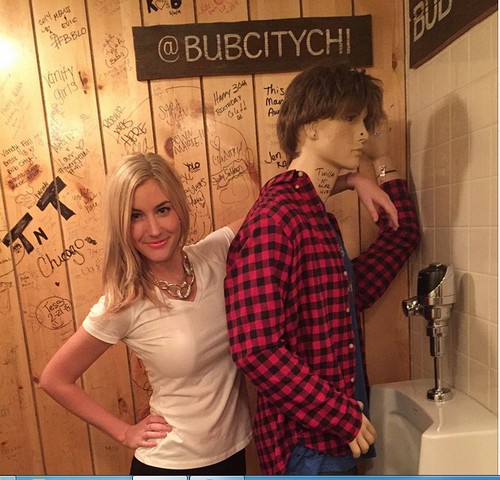 Season 11 of The Bachelorette 2015 just got crazy, and Kaitlyn Bristowe stirred up some major drama by letting Andi Dorfman’s ex Nick Viall join the show halfway through. The Bachelorette 2015 spoilers tease that Nick Viall makes it all the way to the final two, along side contestant Shawn Booth – which really isn’t a surprise. However, Reality Steve’s spoilers indicate that Kaitlyn doesn’t give either men a rose and announces that she has changed her mind and doesn’t want to get married.

According to a new report – Kaitlyn’s sudden change of heart could have something to do with the fact that Nick Viall has no intention of settling down, and apparently is quite the player. Kaitlyn seemed smitten with Nick Viall the moment that he set foot on the set of The Bachelorette, and spoilers tease that she even has sex with him before they even make it to the Fantasy Suite dates. But, their relationship apparently goes awry and she dumps him at the final rose ceremony. Could it be that she found out Nick Viall was cheating with Whitney Bischoff and had a change of heart?

The June 22 edition of Star Magazine reveals that Chris Soules’s ex Whitney Bischoff and Nick Viall are now dating, the couple was spotted on a romantic night out at a local Chicago bar – and they were reportedly all over each other. Whitney even had her hand on Nick’s leg the whole night! There is a break between the final dates and the final rose ceremony, so maybe Kaitlyn did a little research on social media or heard through the grapevine that Nick wasn’t exactly husband material – and was also chasing after Chris Soules’s former fiancée.

What do you think Bachelorette fans? Did Kaitlyn Bristowe decide at the last minute not to give Nick Viall the final rose and marry him because he was a cheater? Did Whitney Bischoff come between them, or did he start dating Whitney after Kaitlyn dumped him? Let us know what you think in the comments below and don’t forget to check CDL for all of your The Bachelorette 2015 spoilers and news.