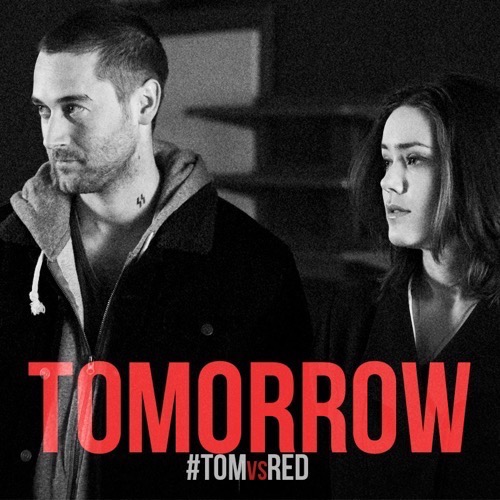 On the last episode the task force tracked a scientist who abducted disabled patients to conduct experiments on immortality. Now back in Washington, DC, Tom (Ryan Eggold) scrambled to save himself from new enemies. Did you watch the last episode? If you missed it, we have a full and detailed recap right here for you.

Tom is at Liz’s place asking for her help. He says he’s been on the run since 14 and would like to stop. He says the Germans and handlers want him dead and he wants the passports. Tom wants her to steal them out of evidence but she’s not having it. She goes to kick him out but Red is there with a gun. Red tells him to get out and he goes. Red says Tom is unhealthy for her and says her life is better without him. Red says they have a case.

At the ops center, Liz and Ressler go over a list of victims. Red says they were all framed by one woman. She takes their money, reputations and sometimes their lives. The drowning victim was Salinger and the latest victim. Liz and Ressler talk to a guy who was in jail. He says a woman named Claudia Sanchez framed him for a Ponzi scheme. He says she came to his ranch as an undocumented worker and they had a six month affair. Then she left and he was arrested.

He says she was diabolically thorough. He says her knowledge of money was impeccable. We see the woman buying a gun. Ressler says he needs to see the evidence the guy has that he was framed. Roger tells Red the director called for a vote and has been lobbying for him. He says Jasper is likely the deciding vote. Roger tells Red if he has the Fulcrum he should do it now. Red says to set the meeting. Samar helps Liz and Ressler go through the files.

She says Conway’s lawyers didn’t find anything on the woman but she did exist. No one would ID her. Samar says the woman didn’t leave a trace. Aram put partial photos together to assemble a face. Vanessa is messaging with a guy and tells him to check his top desk drawer. There’s a hotel key and a latex mask there. Aram says he scanned partial prints and Osborne put them together into one print. They get Vanessa Cruz and an address in New Jersey.

Vanessa is with her latest mark and has him in the mask. She tells him to undress and gathers some of his clothes in plastic bags. She burns him with hot wax while he groans. She gathers DNA off his body while looking like she’s getting busy with him. She leaves him handcuffed to the bed. He gets loose and finds the bellhop there. She gave him $20 to bring him the key. Vanessa’s mom tells Liz and Ressler that her daughter is dead.

Aram says she’s used more than one shelf corporation. Liz calls Red for help. He says he needs the Fulcrum and it’s life and death. She says she can’t give him the blackmail file and asks if it’s about Tom. Red says it’s about his life. He tells her Fulcrum for the info she needs and hangs up. Tom is on the streets pickpocketing when Liz calls to ask for help. She meets Tom and tells him about the shelf corporation. He asks why she’s not using Red.

Liz offers him the passports in exchange for help. She gives him three shelf corps with Minnestota Lake names and says she knows he has a shelf in that name series. Roger goes to see Jasper about the vote on Red who is lurking there too. Roger asks him to listen. Red says the Director has to go and asks Jasper which part of history he wants to end up on – he asks if he’s a leader or a lapdog. They shake on it. Tom brings Liz to see Ziggy, a friend.

He says they need an address on someone who scammed Liz. She says he knows better but gives up the info. Liz calls Ressler with the address for Vanessa. Looks like the place is where she keeps her files, costumes and vials of blood and saliva.

Ressler calls Aram and says there are files on people she already framed and is framing. She’s collected trace evidence on dozens of men. Ressler recognizes a name from someone who worked with Vanessa’s husband. Tom says he’s no worse than Red but Liz says he is. She says Red has a moral code and she at least knows what it is. Tom says he’s going to go buy a boat in Micronesia and go diving in wrecks. She says he doesn’t know how to swim. Tom says he can learn.

Vanessa meets her GF who says she’s filing the sexual harassment case she talked her into. Abby says she loves her when Vanessa says she’s going to take her to a hotel to celebrate. She tells Abby she loves her too. Liz gives Tom the passports and he drops her at her door. He asks if someone like him can start over and she says that’s what he does for a living. She says she didn’t see what he was doing to her because so much of it was real. She says he’s her worst failure as a profiler.

He says she was his greatest success because he felt cared for just once. She asks where he got the passports and he lies. She says he can’t choose among the truth then kisses him goodbye. Jasper tells Roger the vote has already been taken. The director is there too and says Red has been leading him astray. He tells Roger to get in his car, leave the country and never come back. He’s taken out. Ressler tells Liz this is all about revenge with Vanessa.

Ressler lays out how all the men were tied to her husband and likely set him up. Liz and Ressler go back to see Salinger to ask about Hernando Cruz. Ressler offers him a deal. Salinger says it was before the crash and says it was a victimless crime. He says everyone was going to look the other way but Cruz. He was thrown off the bridge then framed. Saliner says Cruz’ boss was in on it. Ressler calls Aram and says Mason Carlton is the main guy.

Vanessa is texting with him under her GF’s name and she set the whole sexual harassment thing up. Aram found the texts and then traced his cards and says one was used at the Wolverton Hotel. Carlton shows up expecting Abby but finds Vanessa with a gun. Vanessa drugs Carlton and asks if he remembers Hernando Cruz. She sets it up to look like he shot Abby when she caught him embezzling and then killed himself.

Vanessa says he has to pay for what he did. Abby shows up to the hotel room and asks what’s going on. Downstairs, the clerk calls up and says the FBI wants to talk to Carlton. They head upstairs and find Abby. Vanessa is gone. Abby says she told her she made a horrible mistake. Vanessa is out on the street by now. Liz spots the wig she took off and he comes over. Harold tells Liz that Carlton is going to be charged in Cruz’s murder and the innocent people she framed will be set free.

Harold asks Liz why Red gave them this case. We see Vanessa at an airport. Red’s cleaner shows up to offer their assistance. Liz meets Tom who says he wants to tell her the truth. He says the passports came from Red. Jasper calls Red and says it’s done. Red says he knows he betrayed him. Red tells Jasper to run and says he’s going to cut out his forked tongue. Red tells Dembe they need to go but he says Liz called about the Fulcrum.

Liz meets Red and says she needs him to confirm something Tom told her. She says she wants a yes or no. Red says he hired Tom to come into her life. Red asks to explain but she says no and gives him the Fulcrum. She says she just wants it all to stop then stomps back to her car and drives away. Red is suddenly shot. She runs to help but it does not look good.