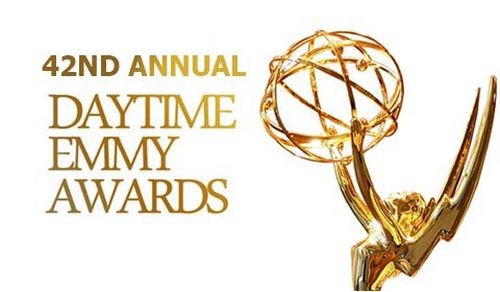 “The Bold and the Beautiful” spoilers tease that the CBS soap’s 2015 Daytime Emmy Awards Pre-Nominations are in and there are a few shockers on the list – and even more shockers that weren’t on the list. After the 2014 Emmy Awards scandal, the actual winners of the Emmy’s didn’t get have as much attention as the horrible ceremony did and the wretched red carpet interviewers. Hopefully, this year the Daytime Emmy Awards will get back to their usual luster, and our beloved B&B stars will receive the recognition they so rightfully deserve after such a stellar year. So, without further ado, here are your “Bold and the Beautiful” spoilers and nominees for the 2015 Daytime Emmys.

Outstanding Lead Actor Pre-Nominees: Despite all of the leading men on “Bold and the Beautiful,” only one of them has received a pre-nomination for the “Outstanding Lead Actor” category – and that honor goes to John McCook’s character Eric Forrester, the patriarch of the soap’s Forrester Family. McCook is going against some tough competition this year, like “General Hospital” star Anthony Geary and “The Young and the Restless” star Christian LeBlanc.

Outstanding Lead Actress Pre-Nominees: “Bold and the Beautiful” spoilers tease that the Logan sisters will be going head to head in the “Outstanding Lead Actress” category. Katherine Kelly Lang (Brooke Logan) and Heather Tom (Katie Logan-Spencer) both were nominated, and it really is a toss up. As far as we are concerned, both Heather and Katherine delivered some intense scenes in 2014.

Outstanding Supporting Actor Pre-Nominees: According to “Bold and the Beautiful” spoilers, Scott Clifton (Liam Spencer), Darin Brooks (Wyatt Fuller), and Jacob Young (Rick Forrester) all received pre-nominations for the “Outstanding Actor” category. Darin and Scott spent the majority of 2014 battling it out over Hope Logan, and did some amazing acting. But Jacob Young’s recent portrayal of Rick going over the deep end is definitely note-worthy as well.

Outstanding Supporting Actress Pre-Nominees: Two “Bold and the Beautiful” stars received pre-nominations for the “Supporting Actress” category, Kim Matula (Hope Logan) and Linsey Godfrey (Caroline Spencer). Basically, the first nine months of 2014 revolved around Hope Logan’s love triangle on the CBS soap, so there are a slew of scenes that could score her an Emmy. However, once Matula left Linsey Godfrey got her chance to shine as Caroline, and definitely delivered some Emmy worthy scenes as well.

Outstanding Younger Actress Nominees: B&B spoilers reveal that both Ashlyn Pearce (Aly Forrester) and Ashleigh Brewer received nominations for the younger actress category. Ashlyn Pearce had some pretty intense scenes towards the beginning of 2014 when her character Aly was dealing with her mom’s death, her dad dating Taylor, and her obsession with Hope and Wyatt’s relationship. Ashleigh Brewer’s character Ivy has been more front and center this year that Aly was, however her scenes were not half as intense – so it will be interesting to see if one of these B&B stars wins this category.

So, B&B fans, what do you think of the 2015 Pre-Nominations for the CBS soap? Are you as surprised as we are that Thorsten Kaye and Don Diamont did not receive any nominations? What Rena Sofer, she delivered some insane scenes this year as Quinn Fuller? Let us know what your 2015 Daytime Emmy Award picks are in the comments below and don’t forget to check CDL tomorrow for more “Bold and the Beautiful” spoilers and news.