‘The Bold and the Beautiful’ Spoilers: Maya’s Past as Myron Explained – Karla Mosely Admits Storyline Flaws 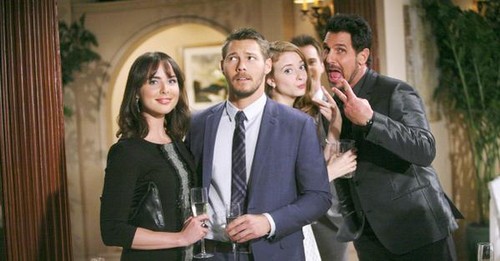 “The Bold and the Beautiful” spoilers for Monday, March 23, hint that viewers could finally get some answers to their questions about Maya’s (Karla Mosley) past. Nicole (Reign Edwards) confronted Maya with the information she uncovered and spilled the secret that Maya used to be Nicole’s brother, Myron. Since CBS confirmed that Maya will indeed be a transgender character, it appears there won’t be any type of soapy fake-out. That means B&B will have to face the difficult task of explaining Maya’s backstory.

Even Karla Mosley acknowledged that there are obvious flaws in the storyline. In a recent tweet, Mosley said she realizes “the main question is about the child” that Maya supposedly gave birth to and found a home for with the help of Dayzee (Kristolyn Lloyd). Mosley noted that Maya “will speak about this on Monday, but we haven’t rewritten history.” It sounds like “The Bold and the Beautiful” writers are going to do some minor tweaking instead of a major overall. The updates to the story may be difficult for some to accept, but it’s good to know that the points that don’t line up won’t be ignored. Mosley tweeted that “We (myself included) have wanted to know about Maya’s past” and the Monday, March 23 episode may provide “insight & connected dots.”

We all know that Maya’s explanation is what everyone will be tuning in for, but they’ll squeeze in some other scenes as well. “The Bold and the Beautiful” spoilers for Monday, March 23, tease that Quinn (Rena Sofer) will praise Deacon (Sean Kanan) for all the help he’s been giving his pal from AA. Unfortunately, Quinn doesn’t realize that his new friend is actually his old flame. Quinn would be livid if she knew how cozy Brooke (Katherine Kelly Lang) and Deacon were getting. The rumors say they’re going to get even cozier. Word has it an affair could be in the works. Will Deacon give into his temptation and eventually call off his marriage to Quinn? Stick with the CBS soap to find out if Quinn is headed for wedded bliss or lonely misery.

So B&B fans, what do you think about the news that there will be answer to the questions about Maya’s storyline? How do you think the writers will explain Maya’s baby? Did Myron father the child? What about Deacon bonding with Brooke? When Quinn gets updates on who Deacon’s been helping, will she confront Brooke once again? Let us know what you think in the comments below and don’t forget to check CDL tomorrow for the latest “Bold and the Beautiful” spoilers, rumors, updates and news.