‘The Bold and the Beautiful’ Spoilers: Nicole Falls in Love With Wyatt – Maya Betrayed as Sister’s Romance Grows 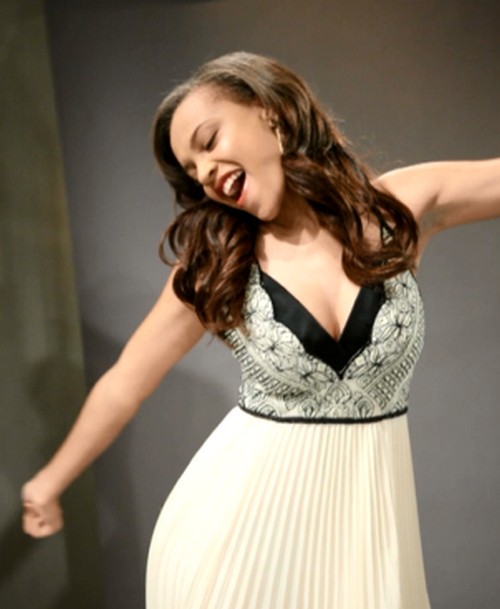 “The Bold and the Beautiful” spoilers tease that Nicole (Reign Edwards) could soon have a new boyfriend. Wyatt will turn on the charm to get Nicole to divulge dirty details about Rick (Jacob Young) and Maya (Karla Mosley). Of course, Nicole will be thrilled to have someone play up her good looks. By the time Wyatt is through with all his flirting, he’ll have Nicole eating out of the palm of his hand. “The Bold and the Beautiful” spoilers indicate that Maya will be surprised by Nicole’s crush. Maya will probably be wary of Nicole dating someone that would jump at the chance to find out her secret. If Wyatt learns the truth, he could expose that Maya used to be a man and put Rick’s life in turmoil. When Rick learns what Maya’s been hiding, he could get knocked off his rocker and consequently off his throne.

Unfortunately, it looks like Wyatt’s scheme could hit a slight a snag. “The Bold and the Beautiful” spoilers say that when Nicole falls for Wyatt, he’ll start to feel a few butterflies as well. Back when the rumors first hinted at a Wyatt and Nicole pairing, many B&B fans were put off by the age difference. Nevertheless, it seems Cupid’s arrow will strike. Like it or not, we could see Wyatt and Nicole become an item in the near future.

Liam (Scott Clifton) certainly won’t be happy when he sees Wyatt is falling for Nicole. “The Bold and the Beautiful” spoilers reveal that Liam will advise Wyatt to focus on their strategy. The goal is to take down Rick, not get it on with Maya’s sister. Still, Wyatt will undoubtedly have trouble keeping his eye on the prize. Will Wyatt take one for the team and let Nicole slip through his fingers? We’ll have to wait and see, but there’s no way Wyatt’s plan will go off without a hitch. Stick with the CBS soap to find out if Nicole will catch on to Wyatt’s plot.

So B&B fans, what do you think about the news that Nicole will start crushing on Wyatt? Will Wyatt really develop feelings for Nicole? Will Nicole give Wyatt updates on Maya’s secret? Could this be how Maya and Rick go down? Let us know what you think in the comments below and don’t forget to check CDL tomorrow for the latest “Bold and the Beautiful” spoilers, rumors, updates and news.