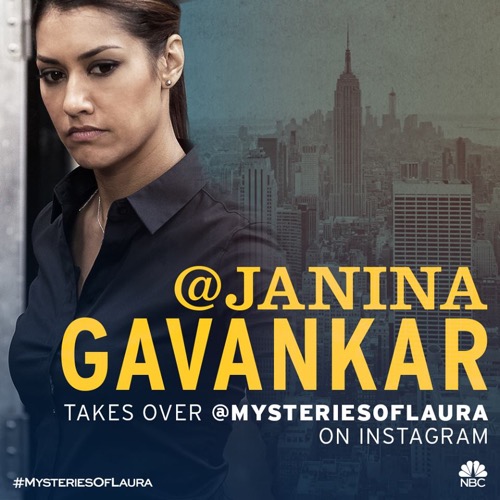 Tonight on NBC The Mysteries of Laura continues with an all new Wednesday November 18, season 2 episode 8 called, “The Mystery of the Ghost in the Machine” and we have your weekly recap below. On tonight’s episode as Laura (Debra Messing) and the team investigate who exposed an undercover cop and caused his murder.

On the last episode, the body of a pregnant woman was found on the side of the road while the team was pursuing an international smuggling ring, and before long, they made a surprising discovery about the goods being trafficked. Did you watch the last episode? If you missed it, we have a full and detailed recap right here for you.

On tonight’s episode as per the NBC synopsis, “as Laura (Debra Messing) and the team investigate who exposed an undercover cop and caused his murder, an unseen attacker breaches their systems and targets them, forcing the 2nd Precinct to switch tactics in order to find him before he gets another officer killed.”

We will be blogging The Mysteries of Laura season 2 episode 8 with all the up-to-the-minute details at 8PM EST so make sure to come back to this spot and watch the show with us. Make sure to refresh often so you get the most current info! In the meantime, sound out in the comments and let us know what you think of the series

The body of a car thief was found with three bullets in him on tonight’s all new episode of “The Mysteries of Laura”. “Ricky” it seems had used a woman to buy rich guys drinks and while she was getting them drunk – she lifts their car keys and hands it over to Ricky. Who then drops the cars off at the spot where he inevitably gets paid for each vehicle. Otherwise known as the “cooling” spot.

However there was one thing off with the narrative. “Ricky” hadn’t been Detective John Campbell’s real name. It had just been part of his cover while he was investigating the illegal buying and selling of car parts both stateside and overseas. So the question the detectives were asking themselves was who or what blew John’s cover?

And to figure out the answer to that question, Laura and Jake had to speak with John’s family. Apparently John had checked in with them from time to time. Even when he wasn’t supposed to. So the video message that John had sent his sister on the night he was murdered ended up telling the detectives were John was when he got shot.

It was a garage that was located on the Upper Eastside. Unfortunately people tend not to question high priced cars in that area so thieves had been using it as a “cooling spot” where they could hide their cars until the pressure was off. And when later Billy and Meredith showed up at the garage – they ran into John’s shooter.

But luckily the detectives managed to bring their shooter in alive. And what he had on him sent up some red flags.

Their shooter had a picture of John from his police files. So at first it looked like someone on the inside must have turned on John. Yet his superior officer said that was impossible. John’s files had been deleted everywhere except on an unhackable computer.

Though as Meredith found out, there was nothing that was unhackable for certain. Therefore she found out someone did hack into the undercover files but that the hacker hadn’t been targeting anyone specific. They simply chose to share information on possible hundreds of files because of a grudge against the NYPD.

And by trying to trace the hacker, Meredith alerted whoever was responsible for John’s death that the police were onto them. Thus he hacked the second precinct and released all of their emails so that they knew he had them over the barrel. Including most especially Jake’s whose emails would have revealed his medical condition if Santiani’s printer hadn’t suddenly run out of paper.

So the entire second precinct had to go off online and returned to old school investigation. And what they figured out – her perp had had contact with John’s sister. Apparently the teenager had been cyberbullied by one guy who managed to track her on all of her social media accounts so they used information he shared about himself which happened to be a dick pic to track him down at Hudson College.

And do you know what they found out? Their “perp” had been young man that John had first tracked down and beaten up. So that’s why the kids released John’s personal information. He felt like John had taken things too far by making it physical and wanted to return the favor.

But John’s information hadn’t been the only thing he released. The little twerp had also sent an old friend of Billy’s after him. And that had nearly costed Billy his life.

So one hacker who had too much time on his plate is now going to jail for his part in the murder of a New York City detective and he will most likely never be allowed a computer again.