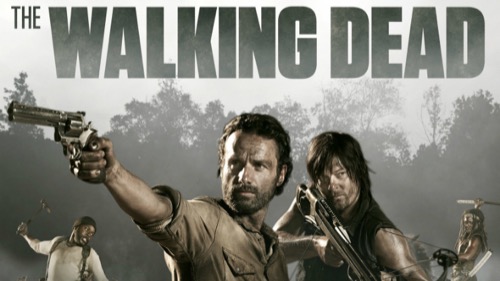 Catch Up on Your Favorite Zombie Movies

Pull out your favorite zombie flicks to set the tone. Some of the best choices for an excellent zombie movie marathon would include the one that started it all — “Night of the Living Dead,” and of course the humorous favorite “Sean of the Dead.” What else? How about “World War Z,” and “Day of the Dead.” Round it out with “Zombieland” and you’re all set.

Be ready to resume with your favorite bunch of southerners when “The Walking Dead“ returns. Practice a Georgia drawl so you can talk just like Rick. Practice calling Carl Grimes “Coral” and you’ve got a great start!

Are you handy with a pen (or a keyboard)? How about writing a little fan fiction? Fan fiction is a popular pastime for die-hard fans of all genres and fan-iverses. Create your own tangents with your favorite characters and scenarios. Do some searching for fan fiction websites where you can share your stories and read others.

Rewatch the First Half of Season 5

You’ve already watched seasons 1 through 4, just before the series returns on February 8, you need to watch the first episodes of season 5 once again. You will have to go through the AMC website or purchase episodes online, but refreshing your memory by re-living those nerve-wracking first episodes will have you ready for what’s next.

Remember that February will be here before you know it and the last half of season 5 will spin past very quickly. Savor each episode as they come and be ready for whatever “The Walking Dead“ producers have to throw our way. The first half of the season was a roller coaster ride with plenty of twists, turns, and stomach drops and it’s unlikely that we will be in for a smooth ride the rest of the way.