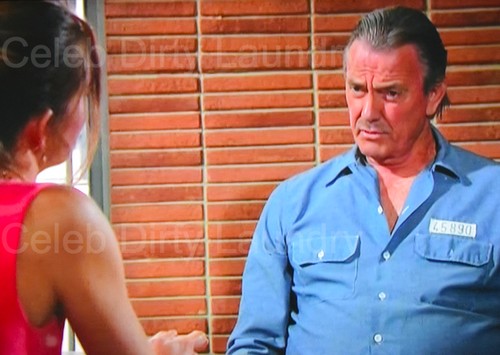 “The Young and the Restless” spoilers for Wednesday, July 15, reveal that Phyllis (Gina Tognoni) will try to put together the clues Jack (Peter Bergman) has given her about the shooting. All Phyllis has to go on are a few hand squeezes and a number two scribbled on a piece of paper. Nevertheless, Phyllis will tell Nick (Joshua Morrow) she thinks she knows who Victor’s (Eric Braeden) bullet was meant for.

It’s tough to believe that Phyllis has any idea about Jack’s doppelganger, Marco (Peter Bergman), just yet. Perhaps Phyllis will think Victor was gunning for Billy (Burgess Jenkins) for his role in the embezzlement setup. Then again, Phyllis might believe that Victor was trying to take down Gabriel (Justin Hartley) for all of his ruthless behavior. 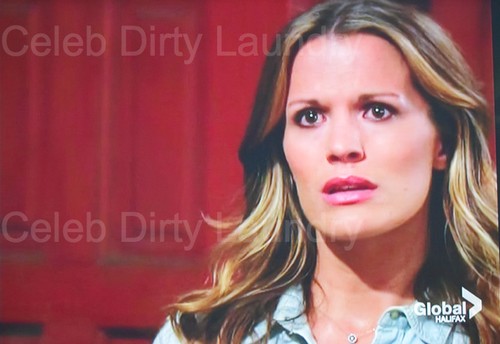 Speaking of taking down Gabriel, Victor is about to remind Victoria (Amelia Heinle) that they need to focus on their plan. Victor wants to get rid of Gabriel once and for all, but he can’t do much in jail. Instead, Victor will rely on Victoria to lead the charge and force Gabe out of the company. Of course, now that Chelsea (Melissa Claire Egan) is in on the fact that Gabriel is really Adam, there’s some added vulnerability. When someone else is clued in on a secret, it increases the chances of eavesdropping. As we’ve seen with Adam, he didn’t even need another person. One moment of talking to himself and suddenly Chelsea knew the truth.

Naturally, Chelsea will rush over to confront Sage (Kelly Sullivan) about her lies and manipulation. “The Young and the Restless” preview video shows a stunned Sage and an angry Chelsea meeting at The Underground. Chelsea will make it clear that she knows everything and you can imagine how intense the convo will get from there. Y&R rumors hint that Sage’s world will soon be spinning out of control. Check out Wednesday’s episode of “The Young and the Restless” to see how Sage will react to the news that her secret is out.

So Y&R fans, what do you think about Phyllis thinking she’s got the case all wrapped up? Could Phyllis have a hunch there was an impostor or is she on the wrong track entirely? Will Victor give Victoria some updates on how to get rid of Gabriel? Will Chelsea have Sage shaking in her boots? Let us know what you think in the comments below and don’t forget to check CDL tomorrow for the latest “Young and the Restless” spoilers, rumors, updates and news.

The Young and the Restless video preview for Wednesday July 15