The Young and the Restless (Y&R) Spoilers: Luca and Marco Have Nasty Surprise for Victor – Ian, Paragon and More? 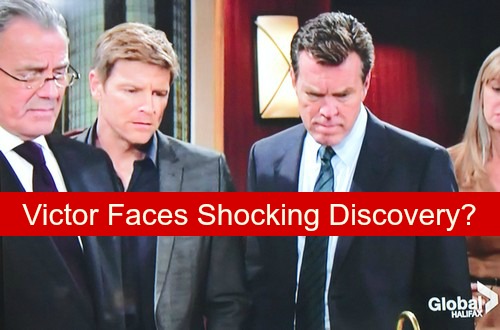 “The Young and the Restless” (Y&R) spoilers tease that Luca Santori’s [Miles Gaston Villanueva] family could be headed to Genoa City with quite a shocker for Victor Newman [Eric Braeden]. Presently, the writers dropped subtle hints that his family could be dangerous. Is it possible that Ian Ward [Ray Wise] could actually be working with Marco Annicelli [Peter Bergman] and Luca’s family?

When Marco was sent back to the Peruvian prison a few months ago, Peter Bergman said, “Marco is gone for now, but he’ll pop in Genoa City soon!” Was that a hint that Marco will return to completely taking over Jack’s [Peter Bergman] life?

There was no solid proof that Marco actually made it back into prison, except Victor said he was taken there. As fans are very well aware, Victor is not the most upfront and honest person. There are times he fabricates the truth the suit HIS needs. Is it possible that Marco has been at large, lurking in the shadows, in Genoa City all along?

Luca has threatened Victor that his family is extremely influential and able to make his life difficult. He told him this before the Paragon virus took hold of Newman Enterprise, which is highly suspicious. Victor and Jack are convinced that Ian Ward is behind the Paragon virus, with Adam’s [Justin Hartley] help. Is it possible that Luca’s family could be the one who HIRED Ian to launch an attack on Newman? If so, why would the Santori’s want to destroy Victor’s company?

The only thing that is known about the Santori’s is that they have old money- and lots of it, and they are connected to Marco in some way. Luca mentioned several times that he had been in contact with Marco since his departure from Genoa City.

Marco could be the one that is behind everything and using Ian. He [Ian] loves to feel like he is in control and manipulating everyone he comes into contact with daily. What if, Ian could be manipulated by Marco. It would make excellent TV, and help turn this terrible Newman Enterprises takeover into a meaningful storyline.

For a while, the spoilers teased that Gabriel Bingham [Justin Hartley] was going to come back on canvas and shock the city with the news he never died. Sage [Kelly Sullivan] mentioned a few times that he was deeply affected by Newman taking over his father’s software company.

If he is alive lurking in the shadows, he could be behind Paragon Project- and maybe even hired Marco to come back and keep Victor busy while he puts Newman Enterprises out of business- for good! Do you think Ian Ward acted alone, or could the Santori’s, Marco Annicelli or Gabriel be the financial support of the Paragon Project? Don’t forget to come back later for juicy “The Young and the Restless” spoilers, news, and updates!