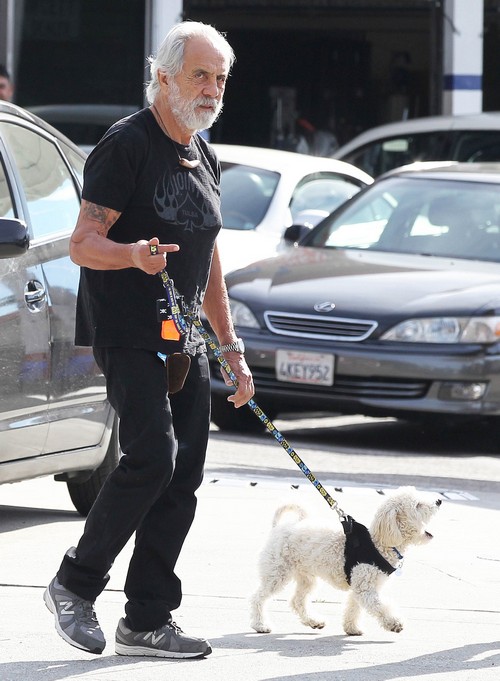 Tommy Chong is set to undergo surgery for prostate cancer later this month, after his weed treatment failed. The star of the “Cheech & Chong” films alongside co-star Cheech Marin, was first diagnosed with prostate cancer in 2012.

The 77-year-old “Up In Smoke” star announced three years ago his hemp oil treatment and use of medical marijuana was working well. At that time, Chong claimed he was “99 percent cancer-free.” Apparently his unconventional weed treatment was a major failure, with Tommy confirming he is scheduled for surgery for prostate cancer.

Chong was presented a lifetime achievement award last weekend and told the audience that he will soon be having surgery.

He explained to the stoner crowd, “I was going around the country bragging that I had beat my cancer with marijuana. Only trouble is: I don’t know what kind of strains I used, but I used the kind of strain that the cancer said, ‘Oh f**k I like this one’. And it came back, big-time. But I’m fighting it. I’m due in for an operation at the end of this month. By the way it’s good news: I’m going to get a new a**hole…”

Tommy Chong admitted to FOX411 recently, “Us pot heads, we get carried away”. “We think pot is going to be the cure for everything, but we have to respect conventional, medical methods. That is what I am learning through this experience. I am learning to respect the conventional (approach) as well as the unconventional.”

Chong is set to star in “Almost Legal,” which will air on FOTV and stream online. The comedian described the show as “a stoner edition of ‘The Every day Demonstrate.'” He stated, “You know how Jon Stewart gets thrilled and bombastic and nearly screaming? I am the opposite. I don’t get fired up. I am extremely great. When you are a pot head like I am, everything is cool. Everything is going to be okay.”

Chong said of his new show, “I feel my level of view is sorely needed in this time. We have got to uncover answers to why the Republican Get together is disintegrating the way it has. Why we have a Donald Trump major everyone. And I have solutions!”

He insists you do not have to be a pothead to enjoy his upcoming program. Tommy said, “When you listen to my voice, there is one thing in my voice that gets everybody higher. I consider it goes back to the Cheech and Chong information.

“So several men and women listened to us stoned out of their head that all they have to do is just hear my voice and it triggers one thing. It triggers a memory response.”

The show “Almost Legal with Tommy Chong” premieres on October 22.