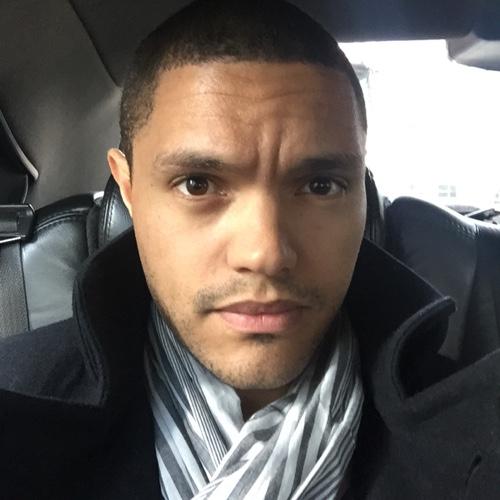 Jon Stewart, who’s helmed The Daily Show for 17 years, is exiting – and he’ll be replaced by up-and-coming comedian Trevor Noah. The rumor mill has been going crazy for the past few weeks, suggesting name after name as replacements for Jon Stewart on The Daily Show. Jon is leaving some big, big shoes to fill, but Comedy Central finally feels as if they’ve settled on a name that will bring a new and fresh energy to the show that everyone knows and loves.

The Internet’s collective reaction seems to be a giant, ‘who?’, but Trevor Noah actually comes with a solid, in-built fan base. The South African comic has been featured on Jon Stewart’s show several times, and he’s widely considered one of the best up and coming comedians in Hollywood right now. Sure, Jon Stewart is leaving the show after 17 years of anchoring it, and Trevor Noah won’t have an easy job replacing him… but at the same time, Jon leaving had to happen at some point, right?

Trevor Noah already released a statement via Twitter saying, “No-one can replace Jon Stewart. But together with the amazing team at The Daily Show, we will continue to make this the best damn news show.” Jon Stewart also added, “I’m thrilled for the show and for Trevor. He’s a tremendous comic and talent that we’ve loved working with.”

Again, everyone – including Comedy Central executives – have reiterated that they’re not trying to ‘replace’ Jon Stewart, since that would be impossible. Instead, they’re trying to realize the next iteration of the Daily Show, one without Jon Stewart’s brand or sensibilities. It’s truly the end of an era, but perhaps Trevor Noah will make it the start of a new one…

What do you guys think about Trevor Noah as an official replacement for Jon Stewart as host of The Daily Show? Do you think Comedy Central should have gone with a more established name, even though said established names were too hesitant to step into Jon’s shoes? Or is Trevor Noah the right choice to continue The Daily Show’s legacy? Let us know your thoughts in the comments below.