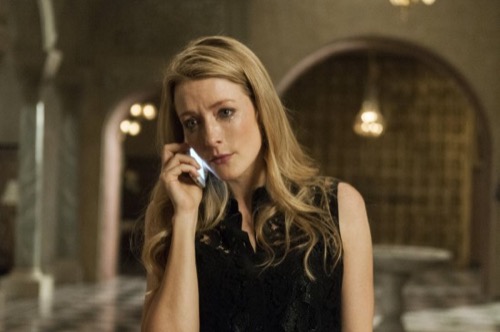 Tonight on FX their original series, TYRANT airs with an all new Tuesday August 25, season 2 episode 11 called, “Desert Storm,” We’ve got your recap down below! On tonight’s episode, a sandstorm helps Barry (Adam Rayner) overrun the Caliphate’s military base.

On the last episode, Barry prepared for a mission even though his forces have been depleted. Meanwhile, Leila lost confidence in Jamal’s ability to keep the family safe when hostilities reached the palace. Did you watch the last episode? If you missed last week’s episode we have a full and detailed recap, right here for you.

On tonight’s episode per the FX synopsis “a sandstorm helps Barry overrun the Caliphate’s military base. Meanwhile, Leila plots a risky move inside the palace when she recognizes the political tides are shifting; and Molly makes a desperate attempt to save Barry’s life.”

Abu Omar had to leave the fight for a days. His brother needed to see him so he left Ihab Rashid in charge of the caliphate’s army while he was gone. But the military leader must have sensed something in the other man because he warned him before he left – do not follow the path of vengeance blindly.

They both knew they had to kill Khalil who was the leader of the insurgents but Omar realized it personal for Ihab. Ihab’s wife had been murdered and so his second in commanded wasn’t always going to think rationally when it came to Khalil.

Yet Omar couldn’t do anything if he was miles away. And Ihab knew that. So Ihab went on to take advantage of being the only one in charge and made a deal Omar never would have when he later had the insurgents surrounded.

He told them that if they traded Khalil that he would allow the rest of them to live. However, even surrounded, the insurgents knew they couldn’t allow that to happen. Khalil was their leader and he was the only one his people trusted to lead them to victory.

Apparently Molly had did a lot of maneuvering at the capital and by revealing the truth about Barry she then won Leila over to her side. And so two ladies came up with a plan. They were going to set Rami free and have him rejoin the fight that Molly was now paying for.

That way he can join Khalil and the two can finally fight against the caliphate instead of merely trying to survive Jamal.

Jamal had been told that his brother was alive but he refused to belive Molly was telling him the truth. He just thought she was in on some scheme with Rami. Thus Molly had to go behind his back and make the deal with Leila in the first place.

The ladies got Rami and his army back on the field. And when all was finished on the warfront, the plan was to take the army and eventually use it against Jamal.

Jamal had grown too paranoid to rule and he’s already proven more than once that family was not sacred to him. So the ladies were seeking to depose him one day and simply finish this war today. And, little did they know it, but the reinforcements they sent in came just as Barry needed it.

Handling Ihab was easy enough but Omar returned to the warfront once he heard about Ihab’s actions. So Ihab was quickly removed from his position and the attack the caliphate’s army attacked the insurgents anew.

And out of the forty people Barry had marched with, there were only four survivors left standing when Rami arrived.

Fortunately, though, Rami and Barry made a good team. And with Rami back on the scene, Barry felt it was time to go back to being a doctor. He left the front after Abuddin reclaimed Ma’an and he set up a field hospital to treat the injured.

And that ended up going for Ihab as well.

Ihab had been locked in a cell after he had been removed and his own people didn’t turn back for him during the bombing. Instead they left him to die and despite that being what he now wants more than anything – Barry and Sammy both worked to save him. Sammy hadn’t wanted to at first but his father made him do the right thing in the end.

And the same goes for Leila. She finally was able to talk to Ahmed and she told him about her plan. The one where they betray his father in order to survive the new phase that Abuddin is entering. And, in the end, Ahmed agreed to this.

He knew his father couldn’t be saved and that it was men like his uncle that was actually acting in Abuddin’s best interest. So the one thing that Jamal feared – happened after he pushed everyone into turning on him for their own sakes.