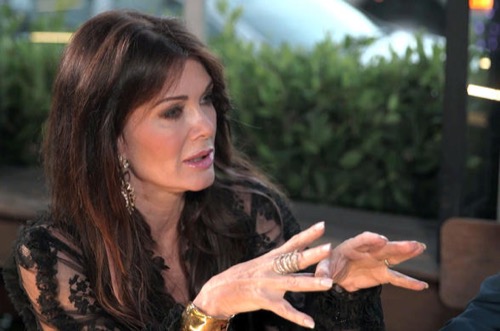 Tonight on Bravo Vanderpump Rules returns with a new Monday January 26, season 3 episode 13 called, “Miami Vices,” and we have your weekly recap below. On tonight’s episode Kristen Doute creates chaos at SUR when she ambushes Tom Sandoval with the girl he allegedly slept with in Miami. Scheana Marie erupts at Kristen over her actions, causing a huge scene in front of customers.

On the last episode, when Stassi refused to forgive Katie for attending Scheana’s bachelorette party, Katie must either fight for her friendship or cut Stassi out of her life. Peter mistakes Vail’s flirting for interest and asked her on a date that quickly turns awkward. Kristen connected with the girl Tom Sandoval allegedly cheated with in hopes of finally breaking up his relationship with Ariana. Did you watch the last episode? If you missed it, we have a full and detailed recap right here for you.

On tonight’s show as per the Bravo synopsis, “Kristen creates chaos at SUR when she ambushes Tom Sandoval with the girl he allegedly slept with in Miami. Scheana erupts at Kristen over her actions, causing a huge scene in front of customers. Lisa jumps to action to keep SUR running and discipline her staff after Miami Girl’s disruption. Katie adjusts to life without Stassi.”

Tonight’s episode is going to be another drama packed one, which you won’t want to miss. So be sure to tune in for our live coverage of Bravos’ Vanderpump Rules Season 3 episode 13 — tonight at 10PM EST! While you wait for our recap, hit the comments and let us know how excited you are about the new episode of VR tonight.

Kristen is back to her usual tricks on tonight’s all new episode of “Vanderpump Rules”. Apparently, she still wants to break up Tom and Ariana so now she’s resorted to some dirty underhand dealings with a woman that’s claimed she’s slept with Tom in Miami. This woman’s name in Annemarie and she actually flew out to the West Coast just to confront Tom. So right away she and Kristen have something in common – they’re both insane when it comes to a certain bartender.

And now, out of revenge, both women have come up a plan to destroy Tom and Ariana’s relationship.

And so that was their excuse when they stopped by SUR one day to scare the crap out of Tom. Annemarie was supposed to have confronted Tom but he quickly left the restaurant after spotting her and he called his girlfriend to do the same. So Kristen took that mean he was guilty. Meanwhile everyone else at SUR saw what she did as just going one step too far.

Scheana, most especially, was hurt by what Kristen did. After all she’s the one that has been defending Kristen to everyone and so for her “friend” to pull such a move – it hurt. It made Scheana feel like she had been wrong about Kristen all along.

Hence they argued. Scheana told Kristen she should leave and when Kristen refused to do so – management was forced to step in and try to end what was becoming a very public fight. SUR is still there place of work and Diana hadn’t wanted them to create a scene. Yet that’s exactly what ended up happening when Kristen started to yell and curse at Diana to mind her own business.

Eventually, Kristen and Annemarie left. But no one at the restaurant forgot what she did.

Diana told Lisa and Ken about what had happen. And that had infuriated Lisa so much – she wanted to fire Kristen right then and there. Though, before she does so, Ken told her she should really hear the full story.

Technically, Kristen wasn’t working when she started all of this mess. Tom and Ariana were on duty when they abruptly left the restaurant. So with the situation being the way it is – Lisa has more reason to be angry at them than at Kristen.

Although, Kristen has used up all the good will Lisa has ever given or will give her.

After Tom and Ariana returned to work, they did try to carry as if nothing had happened. Yet like a bad smell Annemarie came back. And she started yelling at the couple that she had in fact slept with Tom.

And rather than get upset, the couple simply called in security to handler their stalker. So Annemarie is no longer going to be part of the picture. Kristen on the other hand is what they still have to deal with.

No wants to work with her or be around her after what she did. However the final call resides with Lisa. If Lisa fires her then that’s it. No more working on eggshells at SUR. Then again if Lisa keeps her on then the atmosphere then the environment is just going to keep on getting toxic.

At the end of the day, Kristen doesn’t see what she did as being wrong. She had even defended what she did to Jax. So it shouldn’t come as a surprise that Scheana has been seriously rethinking whether or not she wants Kristen at her wedding.

Scheana and Kristen met up after the dust was beginning to settle at the studio. And at the last minute Scheana did decide to let the wedding invitation stand. Yet it’s worth noting that it would actually be harder to disinvite someone in the week of than it is with dealing with possible drama during the wedding reception.

So, Kristen honestly doesn’t have anyone besides James and even he’s growing annoyed with her obsession with Tom!