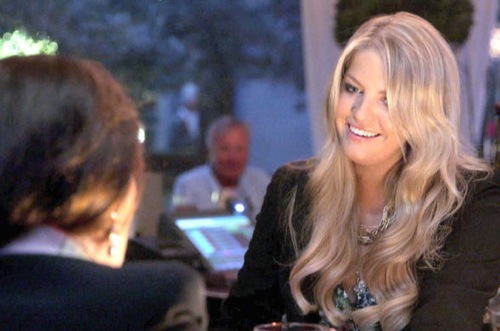 Tonight on Bravo Vanderpump Rules returns with a new Monday January 5, season 3 episode 10 called, “Bachelorette Beach Party,” and we have your weekly recap below. On tonight’s episode the SUR crew puts aside their differences to celebrate Scheana’s bachelorette party in Miami with sun, sand, and a lot of liquor.

On the last episode, Lisa advised Scheana to invite Stassi and Katie to her bachelorette party in Miami, but Stassi wanted to boycott the celebration. Jax’s girlfriend Tiffany hooked the guys up with a VIP weekend in San Diego; however, a night of drinking and debauchery leaft Tom Sandoval accusing Jax of going too far. Did you watch the last episode? If you missed it, we have a full and detailed recap, right here for you.

On tonight’s show as per the Bravo synopsis, “the SUR crew puts aside their differences to celebrate Scheana’s bachelorette party in Miami with sun, sand, and a lot of liquor. Jax pursues Vail, but Tom Sandoval calls him out for his lying, womanizing ways. When a PUMP manager quits, Lisa calls on the one person she knows can fill the important role: her daughter, Pandora.”

Tonight’s episode is going to be another drama packed one, which you won’t want to miss. So be sure to tune in for our live coverage of Bravos’ Vanderpump Rules Season 3 episode 10 — tonight at 10PM EST! While you wait for our recap, hit the comments and let us know how excited you are about the new episode of VR tonight.

Peter comes in as Jax is getting ready for the trip to Miami, and jokes about a new small wound Jax has on his face. He asks him if he’s gotten more cosmetic procedures done, and he tells him he actually banged his head.

Jax isn’t bringing Tiffany to the trip because it’s a ‘ticking time bomb’ with all of the rumors going around.

Kristen keeps talking about the rumor that Tom cheated on her in Miami months ago, saying she doesn’t think Ariana is as stupid as she thought and she must know Tom cheated. Ariana says she’s concerned about the trip because Kristen is always out to start drama.

Lisa needs Pandora to work even while all the others are in Miami. She needs her help making sure PUMP is all in order, as they are still making an impression in town with this new business.

During dinner, Tom and Ariana are all over eachother, which irritates Kristen. Katie reveals that she and Stassi have not been talking because she chose to come to this party.

Jax is asked why Tiffany isn’t here, and he says it just didn’t work out. Vail asks if he and Tiffany are on or off, which he evades, and if they have an open relationship, to which he responds that “it’s complicated.”

She asks him if he asked Tiffany not to come on this trip, and he says yes. She asks if he was single on the guys’ trip, and he says no. She says it seemed like it, which he agrees with. He gets defensive, saying he will go through every single person there and talk about them. “You already have,” Katie says.

Ariana talks to Tom about Kristen trying to act as if she has inside jokes with people at dinner and irritating everyone.

Tiffany calls Jax on the phone to check up on him. “Ever since San Diego, Tiffany has absolutely no trust in me whatsoever,” he says, “and that’s totally understandable. I wouldn’t trust me either.”

While everyone drinks and parties, Jax asks Vail what he thinks about everyone in this group, saying each person has his or her own demons. He says they all know what kind of person he is, and Vail says she doesn’t know if he’s being sincere, but she thinks everyone makes him out to be an asshole. Jax says he’s not a good person, and Vail says maybe his behavior hasn’t reflected a good person, but he is a good person. They hug and go inside together.

Lisa is enjoying giving Pandora power to push people around for a change.

The next morning in their room, Jax tells the Toms that Vail is all over him despite him telling her he’s a terrible person. He says he doesn’t want to jeopardize his relationship with Tiffany.

Meanwhile, Vail tells Katie about their conversation. Katie tells her that whenever there is a person Jax is holding out for, he is wishy-washy about whether he has a girlfriend. When Vail says Jax told her he was a bad person, Katie says he’s right and that it seems she is in the preliminary stages of getting Jax’d.

Everyone goes out on the boat and parties. Kristen seethes over Ariana having a great time with Tom.

The guys and girls split up and go on two separate dinner dates. The guys leave Kristen’s boyfriend, James, at the hotel to mess with him and he has to find his way there.

The guys talk about Jax’s misdeeds in San Diego, and Tom straight up tells him that he definitely had sex with that girl in the bathroom. Jax still denies it, and Tom says that if he or Schwartz had done anything, he’d have texted everyone immediately. “We don’t talk about what happened in Miami,” Jax says.

Tom asks him if he were there or if he were banging some girl on the beach. Jax says he was there, and Tom says that no he wasn’t. Schwartz tells everyone to stop.

James texts Kristen about the Miami girl, and Kristen is just waiting for ‘the truth’ to come out about Tom.  She walks away, and Vail breaks into her phone and reads the texts aloud to the table.

Back at the other restaurant, Tom keeps repeating that nothing happened in Miami. Tom tells him that everyone has one another’s back, but once the spotlight is on him, he tries to take down all his friends with him. Jax says again that nothing happened, and walks off. Tom follows him, and says he shouldn’t have to ask him to lie for him, and that he has shown himself to be a habitual backstabber. Jax admits that what he did was messed up, and Tom says he has to stop ratting them out and causing them problems. He says Jax needs a taste of his own medicine.