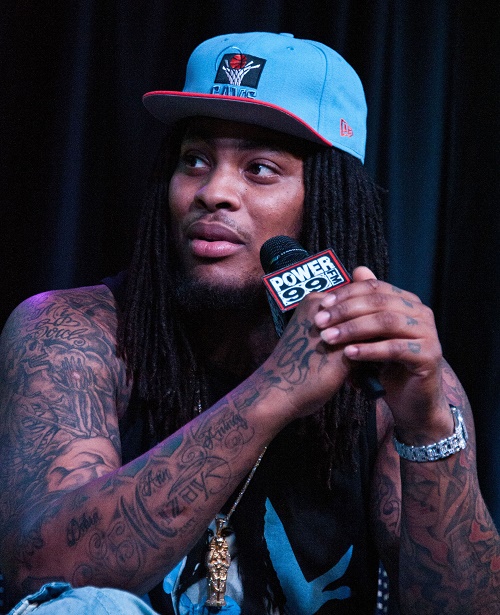 We cannot believe that we are actually saying this, but rapper Waka Flocka Flame officially announced that he is running for president. The rapper made a promise two years ago via Twitter, saying, “I’m dead ass running for president in 2016.” Today, the Atlanta rapper is keeping his word. He declared his candidacy for the President of the United States with Rolling Stone Magazine today, April 20.

He released his campaign announcement video exclusive on RollingStone.com, where he said DJ Whoo Kid would serve as his running mate.

So what exactly would Waka Flocka Flame bring to the presidency? He says he would immediately legalize marijuana. He says, “I would legalize marijuana because the president gotta have a big, fat old blunt.” He also discusses the world issues that he would fight against…like animals in restaurants. Waka Flocka Flame says in the video, “I don’t want to see no f**king animal in the restaurant ever again.”

He goes into say that he believes in the importance of education. He adds, “we need to start teaching kids more reality skills.” Waka Flocka also announced his plans on raising minium wage by saying, “I feel like all fast food restaurants should be paying $15 an hour. Since In-N-Out Burger is doing it, great f**king idea In-N-Out Burger!”

Lastly, he dishes on his thoughts about women’s rights. “I feel like women got all the rights already. What else do they want? My mother was my father and my mother so she controlled the house, she raised five men, put food on the table, she kept the lights on…Women are pretty tough right now. I feel like it’s not the thing of rights for women, it’s more of a respect thing.”

This just sounds so bizarre that he actually believes he has a chance at winning the presidency. How does Waka Flocka feel about his competition? He says, “Hillary is my only competition right now because the women love her and she’s honest and her husband is Bill so it’s a tough one…and I hope I make it.”

We hope this is over before it even starts. What do you think of Waka Flocka’s announcement that he will run for President of the United States in 2016?