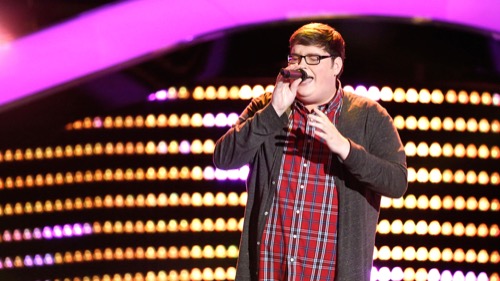 Jordan Smith of Team Adam Levine sang, “Who You Are” by Jessie J this week for his song choice.  On tonight’s show the top eleven artists performed live in front of coaches Adam Levine, Blake Shelton, Gwen Stefani and Pharrell Williams for America’s votes. Each of the Top 11 will have to give the performance of a lifetime to make it to the next round.

Did you watch tonight’s performance show? Just in case you missed tonight’s show we have you covered and you can read our full and detailed recap here! (LINK HERE) Did you miss any of the videos tonight? If you missed it we have the video, right here.

On tonight’s episode Jordan sang “Who You Are” by Jesse J and this is what the judges said about his rendition: Pharrell says his attention to detail when he sings is remarkable and amazing to watch. He says people feel his intention and that’s one of the most important things. Gwen says it’s hard to speak after that and says he’s so good and uses his gift to shine. Adam says Jordan has an insecurity about his performance but says he’s a great performer because his conviction keeps them mesmerized.