Who Will Be Voted Off Dancing With The Stars Tonight 4/6/15? (POLL) 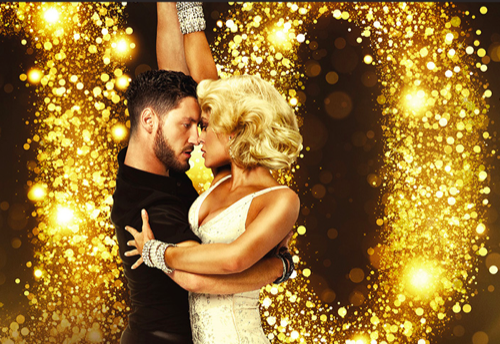 Dancing with the Stars 2015 will be returning tonight for its 4th episode of season 20, and unfortunately that means we’re going to have to say goodbye to another amazing duo. On tonight’s episode, the celebrities will be dancing to a song that represents their most memorable year.

Each couple will perform to a song of the celebrities choosing that encompasses an unforgettable time, or truly incredible experience in their life. These heartfelt performances promise to showcase some of the most exciting choreography and emotionally powerful routines of the season yet.

After last week’s performance tied at the top of leader board are Riker Lynch and Nastia Liukin with 34/40 and at the bottom of the leaderboard is Patti Labelle.  But we all know on DWTS scores don’t really mean anything when it comes to voting.

Without further ado, it’s time for you to tell us who you think will be saying adios to Dancing with the Stars season 20. Simply use the poll below to cast your vote! Who’s going home? Will it be . . . . Noah and Sharna; Robert and Kym; Patti and Artem; Nastia and Derek; Riker and Alison; Willow and Mark; Suzanne and Tony; Chris and Witney or Rumer and Val? To check out each couple’s performance, as well as their scores/current standings, CLICK HERE.