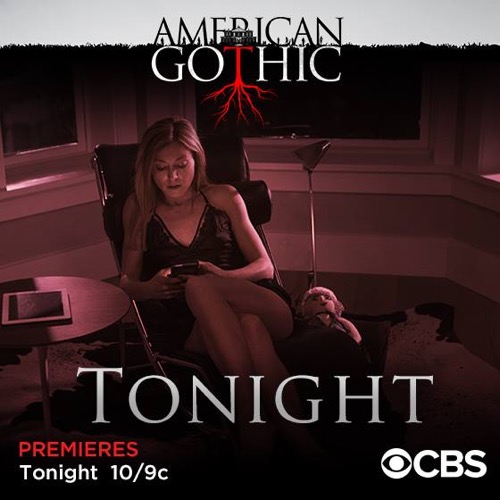 Tonight on CBS American Gothic airs with an all new Wednesday, June 22, season 1 premiere called “Arrangement in Grey and Black,” and we’ve got your American Gothic recap down below! On tonight’s episode, in the series premiere, a prominent Boston family discovers their recently deceased patriarch is linked to a series of murders across several decades.

American Gothic is about a prominent Boston family try to redefine themselves after discovering their recently deceased patriarch is linked to a series of murders across several decades.

On tonight’s episode as per the CBS synopsis, “a prominent Boston family reels in the wake of the chilling discovery that someone in their midst is linked to an infamous string of murders. After 14 years, the case of “The Silver Bells Killer” is reopened and the Hawthorne family find themselves wondering if one of their own could be behind the grisly killings that rocked the city of Boston.

As shocking secrets from the past and present are revealed, their mounting suspicion and paranoia that one of them is a killer threatens to tear the family apart.”

American Gothic airs tonight at 10 pm with an exciting episode, we will be live blogging the American Gothic recap with all the up-to-the-minute details so make sure to come back to Celeb Dirty Laundry and watch the show with us. Are you excited for this new show? Hit up the comments down below and let us know what you are looking forward to most in tonight’s American Gothic recap!

The premiere of American Gothic kicks off with the Hawthorn family all heading to their parents’ house – Alison Hawthorne is running for mayor, she has brought along her new campaign manager Naomi to meet her family and help them prepare for a press meeting. Meanwhile, her sister Tess and her husband slip away to the pantry to try and have sex – her ovulation app when off on her phone and they are trying to have a baby.

Naomi cuts the family meeting short – there was an accident, a tunnel collapsed on the expressway. And, it gets worse, the cement that was used to build the tunnel, was supplied by Hawthore Industries, Alison’s father’s company.

Tessa’s husband Barry rushes to the police station where he works after the tunnel collapses. The police station is a mad house, one of the detectives tell him that they found a belt inside the cement of the tunnel when it collapsed. They ran the prints on it and it came back to David Morales, a victim of a notorious serial killer, The Silver Bell killer was never caught. It’s the biggest lead they have had on the case in years. Barry sneaks back to his desk and calls Allison and gives her a heads up. This is definitely not good for her campaign either.

Alison holds a press conference about the Silver Bells Killer, her parents stand behind her and support her as she vows to crack the case once and for all, unlike the current Mayor Conley. In the middle of the press conference, her father Mitch clutches his chest and drops to the ground, having a heart attack.

The entire Hawthorne Family waits in the waiting room at the hospital. Alison and Tessa argue with their mother Madeline over whether or not they should call their estranged brother Garrett. While they are bickering, Cam’s estranged wife Sophie shows up at the hospital She says that she wants to be there for him after what happened to his dad, but Cam sends her away and says it’s not going to happen. Meanwhile, Tessa heads outside and calls Garrett.

Madeline finally gets in to see Mitch. She tells the kids to all go home and stay at the Hawthorne House and she will spend the night at the hospital. Tessa, Barry, and Cam head home together. Alison refuses to stay with them and goes to her own house.

Later that night Tessa finds Cam rummaging through the garage and going through old boxes, he insists that he is just looking for old pictures. Tessa doesn’t believe him, he’s a recovering drug addict, she knows that he is looking for an old stash of drugs. Tessa tells him not to throw away a year of sobriety, she helps him look for the drugs so that they can throw them in the garbage. While they are going through old boxes, Tessa finds a shoe box filled with Silver Bells, just like the ones that the Silver Bell killer used to leave behind with all of his victims.

Tessa thinks that they may have bought the box from the killer. Cam says not so fast – he finds a newspaper clipping I the box with the bells, an article about the killer. And, there is a picture on the back of the article that Cam drew himself. Someone in their family put that article in the box.

The next morning Cam heads to the kitchen – his son is already up and drawing, he shares them with his dad. He drew a pretty disturbing picture of their dad having a heart attack. And, he also drew a picture of someone being strangled by the Silver Bell Killer. Cam is concerned, his son confesses that he learned about the killer from all of the stuff on Mitch’s I-Pad.

Tessa is doing her own research but there is a knock at the door – their neighbor can’t find her cat. While Tessa is talking to the neighbor, her brother Garrett arrive. Tess doesn’t even recognize him, he’s been MIA for over a decade and living in the mountains. Tessa and Cam climb in Garrett’s beat up old pick-up truck and ride with him to the hospital to check on their dad.

When they arrive at the hospital, Madeline is shocked to see Garrett. They share an emotional hug, Alison on the other hand doesn’t seem too thrilled that her brother is in town. She awkwardly introduces him to her twin daughters. Mitch wakes up and sees Garrett and then his heart monitor starts going crazy and he flat lines. The doctors rush in and push the Hawthorne’s out of the room so they can work on him.

Later that night, the Hawthorne kids all gather back at the mansion with their mother Madeline, Mitch is in a coma now and it doesn’t look good. Alison is suspicious, she wants to know what Garrett whispered to their dad before he flatlined. Garrett insists all he said was that he missed him and he loved him. Garrett heads upstairs to his old bedroom, which hasn’t been touched since he left. He opens the closet and finds his old sports equipment.

Alison follows Garrett to his room and corners him – she wants to know why he came back, he promised that he never would.

Tess and her husband Barry head to bed. She hasn’t told him about the bells in the garage. Barry wants to talk about work, he says that they found DNA on the belt, and it might be the killer, they are just waiting for the test results to come back. Tess is obviously worried – what if the DNA is someone in her family’s?
The next morning Garrett is up bright and early, he heads outside and sharpens a knife on a rock, then he uses it to shave his face. Cam catches him and is obviously a bit wierded out, he offers him a razor.

Meanwhile, Cam and Tess are playing detective. The Silver Bell killings ended 14 years ago, ironically Garrett left town exactly 14 years ago. Tessa doesn’t believe it, she says that Garrett was prom king and the sweetest kid. They decide to bring Alison in on their secret. She thinks that it is all a hoax, and that Conley is framing her family to make them lose the campaign. Alison thinks that there must be another explanation, and they are making something out of nothing. She tells them to put the box back and they will deal with it after the election.

Later, Cam finds his son in the garage with the neighbor’s cat. He cut her tail off with garden shears. He says that it was just an experiment and he wanted to see if they cut through bone. Cam is obviously creeped out, he races his son Jack and the cat to the vet to get the tail sewed back on. Afterwards, he drops Jack off at home and then sneaks off to see his drug addict wife Sophie, he’s on the verge of a relapse.

Tess checks in on Jack in his bedroom before heading to bed, she bumps in to Garrett n the hallway…he shaved off his mountain man beard. She asks him why he left home for so long, Garrett doesn’t have an answer. But, he says that if she hadn’t called him, he would have never come back.

At home Alison is tucking her kids in to bed. One of her daughters says that Garrett lied to her. She says that Garrett whispered “I’m going to tell them it was you” before their Grandpa flatlined, not that he loved him.

Tessa sneaks back in to Jack’s room to tuck him in and Jack is asleep, she finds a drawing on his bed that he made of the neighbor’s cat cut in to pieces.

At the hospital, Mitch wakes up from his coma, he tells his wife Madeline that they “have to tell the truth.” Madeline shushes him and tells him to get some rest. Then she cuts his oxygen off and tells him to relax as she watches him die.