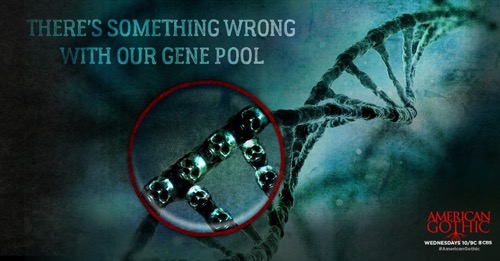 Tonight on CBS American Gothic airs with an all new Wednesday, August 10, season 1 episode 8 called “Kindred Spirits,” and we’ve got your American Gothic recap down below! On tonight’s episode, Jack (Gabriel Bateman) is lured into a dangerous adventure after meeting a new friend.

On the last episode, a major revelation surfaced and turned the world upside down for the Hawthornes.  Did you watch the last episode? We’ve got your detailed American Gothic recap down below!

On tonight’s American Gothic as per the CBS synopsis “Jack is lured into a dangerous adventure after meeting a new friend; Garret and Alison try to silence a reporter who has been disturbing the Hawthornes and Brady makes a strange breakthrough in the case.”

American Gothic airs tonight at 8pm with an exciting episode, we will be live blogging the show with all the up-to-the-minute details so make sure to come back to Celeb Dirty Laundry and check out our live American Gothic recap. Can’t wait to see how all the drama plays out, how about you? Are you excited for this new show? Hit up the comments down below!

Tonight’s episode of “American Gothic” Garret at the bank speaking to a teller. The teller calls Madeline and tells her that Garret is at the bank trying to withdraw $200,000 and says to tell her that he feels it is “in the family’s best interest for her to approve this transaction.” Garret leaves the bank with the money and goes to Christina’s work. He is told that she is taking some time off so he hands all of the money to a woman working there and tells her that it is a donation for the clinic.

At the house Madeline asks him what he did with the money and he tells her he gave it away for atonement. Alison turns on the TV to show the family the reporter, Jennifer, broadcasting that Cam is in rehab again. The family wonders who is giving Jennifer all the inside scoop on the family. Alison suggests that maybe the family should just give the reporter what she wants.

In rehab, Cam meets a nurse named April and the two discuss his cartoons. At the station, Brady and his partner try to match up the car on the surveillance tape with people who owned the same car around that time. Brady notices that the car had a dent in the side and the two find a car owner whose vehicle had an accident prior to the date of the murder.

They find one name who is now their lead suspect. Tess goes in for her doctor’s appointment while Jack waits outside. The doctor is unable to hear the heartbeat but tells Tess not to worry, that they will follow up in a few days. She lies and tells the doctor that she has told Brady about the pregnancy.

Tess takes Jack to camp and a man there gets Jack orientated in his new surroundings. Tess speaks to the man about their family history who wants to know if there were other psychopaths in the family. Alison and Madeline go to see Jennifer to offer her a deal: if she stops reporting insider stories then the two will give her an exclusive interview. She declines and says she hopes Jack is doing well at his camp for troubled children. Jack calls Garret from camp to complain. Jack meets a girl named Sadie. Madeline and Alison fill Garret in on Alison declining their offer and Garret tells them that he will find the source for them. Sophie goes to see Cam in rehab. The two discuss their future and Sophie says that she might be ready to go to rehab herself.

Meanwhile, Brady goes to visit the car owner who showed up in their database search. A blind woman lets them into the house and tells him the man is her husband who is dead and that the car had been stolen years ago. Tess tells Garret that she is pregnant and worries about passing on the psychopath gene to her child. Jack and Sadie make plans to bust out of camp and go to Garret’s nearby cabin. Alison and Garret go on a stakeout of Jennifer’s place to try to discover who her source is. They see Tom leaving her house and realize that he is the source.

Alison confronts Tom about his relationship with Jennifer. He says that he went to see Jennifer today to try to find out who her source is. Alison tells him that if they are truly going to try to make their marriage work then they must be completely honest with each other from now on. At the station, Brady suggests that maybe the reason they aren’t finding any SBK evidence is because someone doesn’t want them to. Brady begins looking through the photos he covertly took at the old woman’s house and discovers a memorial booklet from Mitchell’s funeral sitting on her table: the woman had denied knowing him when asked. Sadie and Jack exchange stories about why they were sent to camp as they set off to find Garret’s cabin.

At the cabin, Sadie shoots a crossbow at Jack and misses. Jack tries to shoot a cup off of her head but can’t and the two return to camp. At rehab, April tells Cam that Sophie confronted her boss about their friendship saying that April was trying to insert herself into Cam’s professional life as a cartoonist for her own monetary gain in an attempt to get April fired. The two discuss Cam’s addiction and his relationship with Sophie. Madeline, Tess and Garret watch Jennifer’s latest report where she exposes Tessa’s pregnancy and tells viewers about Jack receiving treatment at camp. Garret discovers that the house has been bugged and there is no source. Alison confronts Tom who confirms that the two had sex in Madeline’s kitchen, which is when she planted the bug.

Meanwhile, Brady and his partner go back to the old woman’s house and find her dead on the floor with a bloody wound on her chest. When backup arrives, one of the other officers tells Brady about Tess being pregnant. He confronts her and she tells Brady she doesn’t know if she wants the baby because she is afraid that their child will inherit the psychopath gene. Brady tells Tess that they are investigating whether Mitchell had an accomplice. Alison confronts Jennifer about the bug and threatens to turn her into the police unless she starts reporting positive stories about her family.

Alison insists that Jennifer take off her shirt and she cuts off the turtleneck part and makes her redress. Cam breaks up with Sophie and tells her that they will figure out custody of Jack once he leaves rehab. Garret talks to Tess about the baby and tries to reassure her that the child will not be a killer. Tess and Brady are able to hear the heartbeat during her ultrasound. She receives a message that Jack got kicked out of camp and that she has to go pick him up. The family sits down and watches Jennifer’s new positive reports. Tess brings Jack home and tells Brady that Jack was found with a knife, which he stole from Garret’s cabin. Brady believes that the knife may be a murder weapon and calls his partner to tell her that he knows who the accomplice is.