American Horror Story: How Will Croatoan Impact The Sixth Season? 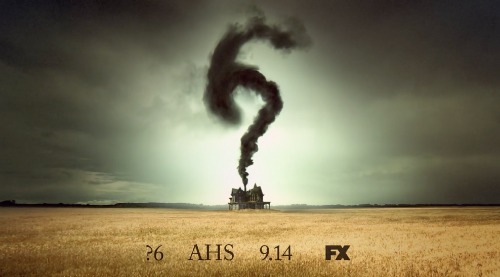 We are only a few weeks away from the Wednesday, September 14 premiere of American Horror Story’s Season 6. As we reported last week on the release of six teaser trailers, the theme hasn’t quite fully been revealed, or they didn’t reveal as much as the newly released photos taken on the set of the show.

The pictures feature actors wearing pilgrim style clothing and them living in a colonial-era farmhouse. Since we really have no clue what the theme is and there have been previous reports that suggest Season Six would take place in modern times and in the past, so this photo could just be the setting for the flashbacks. This is not the photo that has everyone buzzing, though.

In the pictures of the set, there is a tree next to the farmhouse with the word “CROATOAN” carved in it. American history buffs or anyone who loves and studies history will know exactly what this word means. Back in 1590, there was Ranoke, a North Carolina colony where 117 people suddenly vanished, never to be seen again. The only clue left behind was the word “CROATOAN” carved into a tree, exactly like the one on the set of American Horror Story!! For those of you who didn’t know Croatoan was the name of one of the Native tribes that lived close to Roanoke, so when the whole colony disappeared it created further tension between the pilgrim settlers and the other natives who lived in that region.

Since the story of Roanoke is such a mystery and great for telling as old ghost stories, it would of course, make the perfect theme for co-creator, Ryan Murphy, and crew. As fans, we still don’t know how CROATOAN will fit into the theme of Season Six, we can imagine that whatever caused the disappearance of the Roanoke colony will probably pop up 425 years later, in current time.

Whatever happens, we know that Season Six of AHS will freak us out like it always does! Are you all looking forward to an exciting and unpredictable new season? Be sure to check back often for updates on this story, as well as rumors and news!