As Season 6 of the American Horror Story franchise is getting closer, us fans, still don’t know much about it, they remain very tight-lipped and have given us very limited spoilers. This leaves fans with a lot of speculation on which actors will be returning or joining the new season, and on what the theme will be for the FX horror series.

Ryan Murphy, AHS creator has implied how important it is to see horror through the innocent eyes of a child. How they view things as wide-eyed and dramatic. As if they are seeing things for the first time. Fans are speculating the theme after this revelation from Ryan, even suggesting an anti-Christ kind of theme. What do you think?

If you are a fan of horror shows, then you may have watched the series “Bates Motel” on A&E. The shocking finale of season 4 was the death of our beloved Norma Bates, who was portrayed by Vera Farmiga. Norma was always caring and kind towards her son, to the point of being overbearing. Jealousy and paranoia kept them together in a rather twisted kind of relationship. With her no longer alive on Bates Motel, maybe it’s the perfect time for her to join AHS. 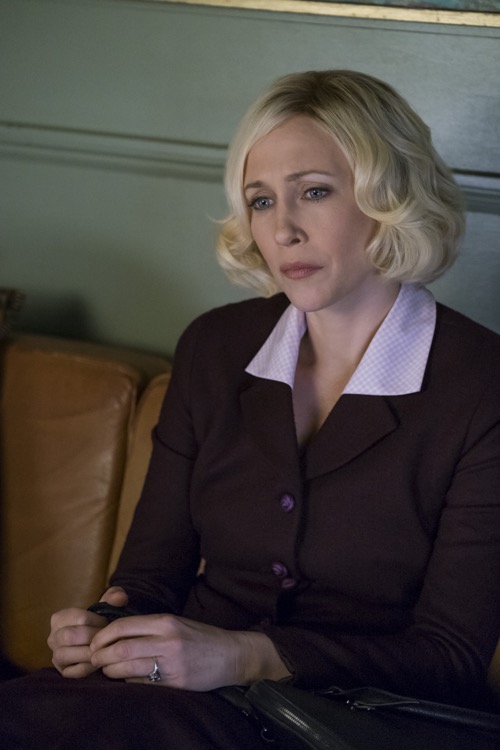 Vera Farmiga is no stranger to the horror genre, as she is well known for her role as Lorraine Warren (who is a real-life ghost hunter) in “The Conjuring”. If Vera were to be joining the cast, it could become a family affair as her younger sister, Taissa Farmiga portrayed Violet Harmon in AHS: Murder House (season 1) and then portrayed Zoe Benson in AHS: Coven (season 3). Will be interesting to see Vera and Taissa on screen together.

Since Vera has played various creepy roles through the years, we think she would make a great addition to the AHS cast. She most definitely can hold her own with the rumored returning cast of Lady Gaga (season 5), Angela Bassett (seasons 3-5), Evan Peters (seasons 1-5), Kathy Bates (seasons 3-5) and Sarah Paulson (seasons 1-5).

What do you think? Do you think Vera Farmiga would be the perfect addition to the AHS family?