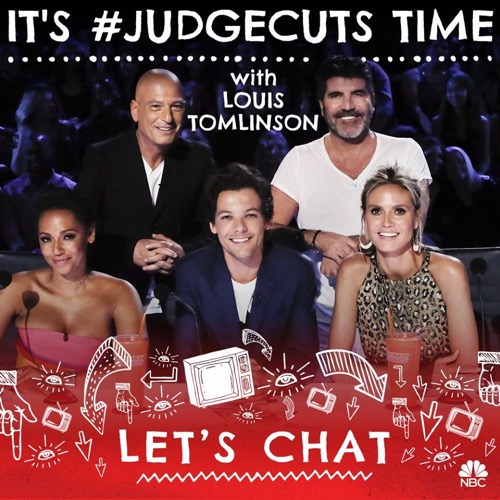 On the last episode, George Lopez joined Mel B, Simon Cowell, Heidi Klum and Howie Mandel with control of the Golden Buzzer pushing his favorite act through to the Top 36. Did you watch the last episode? If you missed it, we have a full and detailed America’s Got Talent recap right here for you.

On tonight’s episode per the NBC synopsis  “this week international superstar, Louis Tomlinson, joins Mel B, Simon Cowell, Heidi Klum and Howie Mandel with control of the Golden Buzzer pushing his favorite act through to the Top 36. Hosted by Nick Cannon.”

On tonight’s episode of “America’s Got Talent” twenty acts will compete for seven spots in the live shows. Tonight’s guest judge is One Direction’s Louis Tomlinson.Starting off tonight’s competition are the acrobatic duo ThroWings, who astonished the crowd with their blindfolded high-flying routine. Next up is

Starting off tonight’s competition are the acrobatic duo ThroWings, who astonished the crowd with their blindfolded high-flying routine. Next up is fourteen-year-old pianist and singer Campbell Walker Fields whose emotional tribute to his mother brought tears to the eyes of the judges.

The competition continues with dance group Flip whose dynamic choreography impressed the judges. Ballroom dancers Shane and Shannon Jensen’s elegant moves drew cheers from the audience. Next up was dance group Outlawz whose performance greatly improved from last time, much to the delight of the judges.

After the break, singer Ary Hill failed to impress the judges with her choice of “The Wanderer” as her performance piece. Then, Louis advised singer and pianist Avonlea Martin to highlight her personality more in her piece. Next up was singer Jayna Brown who astonished the judges with her soulful performance, receiving a standing ovation from the judges and a Golden Buzzer from Louis.

Eighty-two-year-old singer John Hetlinger head-banged through “Dracula” receiving a red X from Heidi but standing applause from Simon. Six-year-old comedian Nathan Bockstahler’s adorable routine got him much love from the crowd.

Oksana Grishina’s strength act pleasantly surprised the judges. The Baron of the Universe performed next, pulling a car across the stage with his nipples, receiving a red X from Heidi but appreciation from Simon and Howie.

Comedian D.J. Demers performed next and, while funny, the judges didn’t feel that this performance was up to par with his last. The final act of the night, The Clairvoyants, dazzled and astonished viewers with their eerie sixth sense.