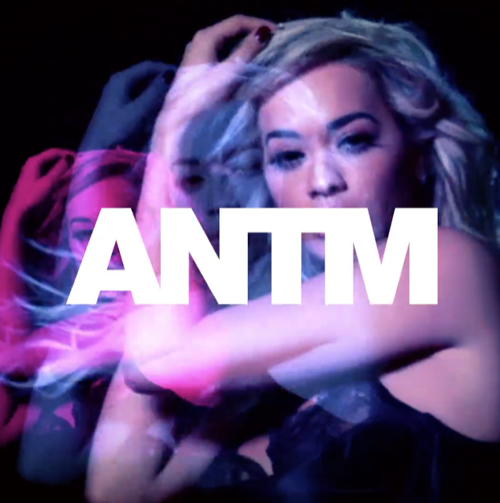 Tonight on VH1 America’s Next Top Model (ANTM) premieres on a new channel and an all-new time.  ANTM airs with an all new Monday, December 12, cycle 23 episode 1 called, “Business, Brand, Boss” and we have your weekly American’s Next Top Model recap below.  On tonight’s ANTM episode as per the VH1 synopsis, “Aspiring models compete for a chance to break into the business in this runaway hit. Created and executive-produced by supermodel Tyra Banks, its formula of gorgeous women and men plus unappealing behavior make it enormously popular and one of the more intriguing reality shows, with its wannabe cover girls”

Tonight’s episode of America’s Next Top Model kicks off in New York City. The all new cycle of girls screams like a group of kids in a candy shop when Tyra Banks arrives and introduces herself. Tyra explains that she will not be a judge this season, but she will be watching over the models. Before the aspiring models get to meet the new panel of judges – Tyra sends them all off to get their very first comp photos done.

The first model to get her photos taken is a sweet girl named Paige. Up next is Tatiana, she has worked as a model on the side, and she has her own business called Skin Butter. Tatiana is ready to take the next step in her career and become an established model in NYC,
This cycle of America’s Next Top Model will have a set of twins competing – Cody and Tash get their photos taken next.

Now, it’s time for the models to meet their judges. The girls head up on the roof and a helicopter lands. Out climbs Rita Ora, plus-size model Ashley Graham, Paper Magazine creative editor Drew, and celebrity designer Law.

Rita Ora explains that it is time for their first challenge. The group of models will be split up today and sent to see two different designers for a go-see. At the end of the day, 14 of the 28 models will be sent home. The judges are going to use feedback from the girls’ go-sees to determine who should go home.
Philip Kline and LaQuan Smith are hosting the go-sees, and they have the models shaking in their boots. Some of them can’t even pull off a decent cat walk, and Philip isn’t afraid to let them know. Meanwhile, at LaQuan’s shop, he is obsessed with a model named Krislian, she’s sure to make it through to the next round. LaQuan is also a fan of Arreyon, but he wants her to tone down her appearance a little bit.

23 year old Kyle considers himself “in between” being one of the guys and one of the girls. LaQuan is impressed with her energy, but he isn’t sure that she will be easy to brand. Meanwhile, behind the scenes, Kyle and Starr are flirting heavily with each other and raising a few eyebrows. Kyle jokes that she hopes she and starr move on to the next level so that they can live in the house together.

After the go-sees, Rita Ora, Law Roach, Ashley Graham, and Drew Elliot take their seats on the ANTM panel. They have the comp cards from meetings with LaQuan and Phillip.

Each of the 28 models get some 1-on-1 time with the panel to discuss their backgrounds and their comp cards.

The panel of judges are impressed with Cherish, Paige, and CoryAnne from the moment they walk in. Kyle continues to wow everyone on ANTM with her gender fluid style.

Quei has not been in the competition for long, and she is already having a tough time getting along with the other girls. On the way to see the judges, she actually was bullying one of the other models and made fun of her “Chia Pet eyebrows.” During her chat with Rita Ora and the judges, Quei reveals that she isn’t the typical ANTM contestant, she’s actually transsexual.

Courtney goes before the ANTM judges and explains that Quei was bullying her and made fun of her eyebrows. She shares her background with Rita Ora and the other judges, and reveals that she has had a tough past and was diagnosed with scoliosis and has had more than one surgery on her back and hip. Interestingly, the twins Cody and Tash do not seem the same reviews from the judges. Tash’s comp photo is a winner, but the judges disagree on whether or not they like Cody’s photo – they think that she appears

Interestingly, the twins Cody and Tash do not seem the same reviews from the judges. Tash’s comp photo is a winner, but the judges disagree on whether or not they like Cody’s photo – they think that she appears “too hard.”

After meeting the judges 1-on-1, Rita Ora announces that she is sending all of the models to a VIP party. Only 14 of their names will be on the list, and allowed through the door. If their name is not on the list – then they will pack their bags and head home.

The models all head to the club. Courtney, Giah, Justine, and India are all allowed in, along with the twins Cody and Tash. Kyle gets in with ease, but her crush Starr is turned away at the door. Arreyon is denied access too and starts sobbing in the street. Krislian, Binti, India, Paige, Cherish, Tatiana, CoryAnne, and Marissa all are moving on to the next round. Mean girl Quei is eliminated and not allowed in to the club.

Rita Ora is waiting for the final 14 models inside the club – there is a wild party waiting for them, Rita introduces all of the girls to the crowd and they walk the runway together.