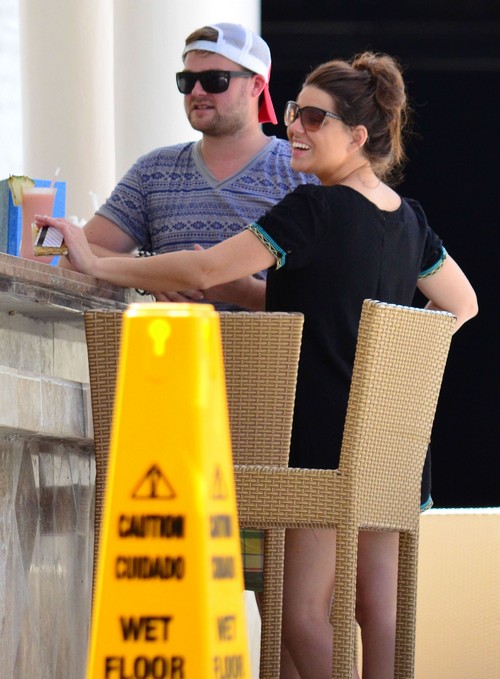 Amy Duggar has harsh words for her cousin Josh Duggar in a recent post on her blog. In the Duggar cousin’s wrap up post for 2015, she blasted Josh and called him a “complete stranger.” It seems that Amy isn’t quite as forgiving as many other members of the Duggar family.

Amy recounted the ups and downs of the previous year and all the things she learned from some pretty stressful experiences. Then the newly married cousin addressed the Josh Duggar scandal. “September was a doozie! Life was just wonderful … drum roll please….” wrote Amy Duggar, who continued, “until one of my family members made some terrible confessions.”

To further prove the lengths that the Duggar family went to conceal Josh’s despicable behavior, Amy said, “I knew nothing of the molestation charges, and I had no idea what the Ashley Madison site even was?”

That’s right, Amy Duggar, who is actually a King now after marrying her sweetheart Dillon King, does not know what Ashley Madison is known for. Josh does though and he was a special member, who paid for the “affair guarantee.” That’s how set Josh was on screwing around on his wife.

Apparently Amy Duggar isn’t as forgiving as the rest of the Duggar family. She didn’t apologize or even acknowledge that Josh was getting help for his problem. Instead, she showed support, talking about how great her wedding was and how happy she was to have Anna Duggar in attendance.

Notice that Josh Duggar was not at the Dillon King wedding. Was Josh busy getting treatment on Amy’s wedding day or was he just not invited?

Amy described how she was feeling about news of Josh’s shocking secret. “Rage came over me, sadness crept in, and reality sat in that the person I had known my entire life turned out to be a fraud, and a complete stranger.

I’ve always heard that there were people in this world that lived a double life, but I never thought that someone so close to home would be living a lie.” It doesn’t look like Amy is drinking any of the Duggar Kool-Aid when it comes to Josh and the sex scandal that ended 19 Kids and Counting.