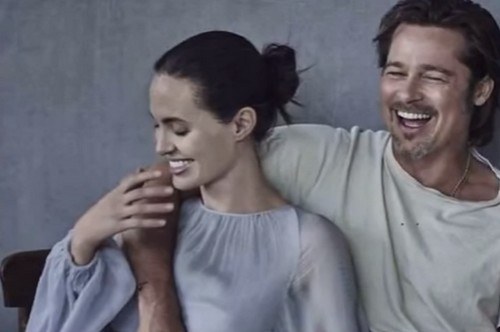 Amid more rumors about Angelina Jolie and Brad Pitt marriage woes, a new threat to the Jolie-Pitt’s marital bliss has emerged and, despite reports, it’s not Jennifer Aniston. According to the most recent issue of In Touch, both Angelina Jolie and Jennifer Aniston were dumped by their respective husbands in another instalment of the never-ending Jolie-Aniston-Pitt love triangle controversy.

The magazine alleges that Jennifer Aniston and husband Justin Theroux split after an argument over a lackluster anniversary celebration. The source goes on to say that Justin Theroux then left for Australia where he is filming The Leftovers, and “They have spoken since, but only briefly and curtly. Jen was devastated. It’s over.”

Rumors of a Brad Pitt and Marion Cotillard hookup are heating up and Angelina Jolie has every reason to be worried. 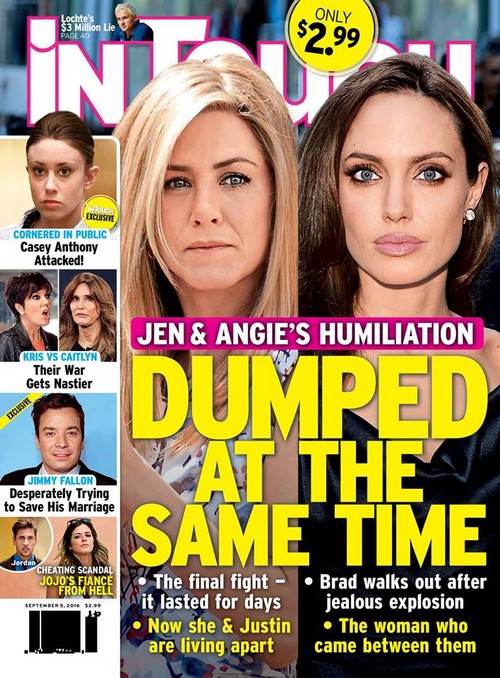 An Internet rumor went viral earlier this week claiming that Angelina Jolie committed suicide over jealousy of Marion Cotillard and Brad Pitt’s on-screen chemistry in the new movie Allied. Angelina is very much alive and well and all allegations of self-harm or a suicide attempt were proven false.

However, claims of Angelina Jolie being jealous of Marion Cotillard are gaining traction and the similarities between the two desirable female stars are hard to deny. First, according to People, Brad Pitt and Marion Cotillard “play undercover allies who begin to develop a romantic relationship as they plan a high-profile assassination.”

Finally, Angelina Jolie and Marion Cotillard have an astounding amount of similarities: both have French ancestry, both have been applauded for humanitarian work (Cotillard for her work with Greenpeace and Jolie for United Nations High Commissioner for Refugees), both have received numerous acting awards and both are gorgeous brunettes.

Angelina Jolie should be worried; this new threat is much more dangerous to her relationship with Brad Pitt than Jennifer Aniston ever was. Sound off in the comments below!