Aubrey Plaza Opens Up About Her Bisexuality: I Fall In Love With Girls And Guys! 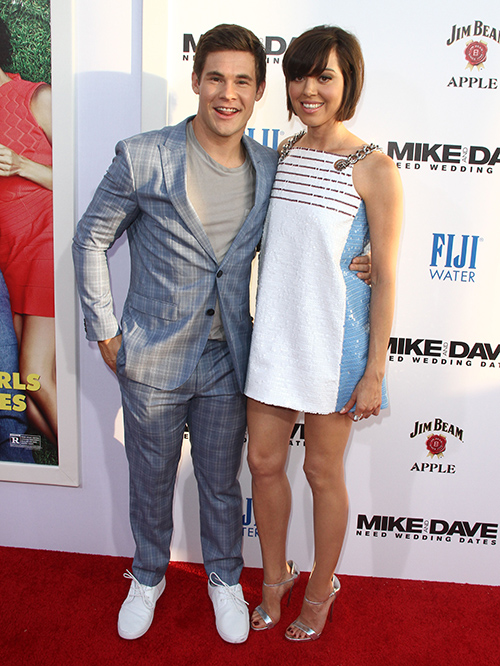 Actress Aubrey Plaza, who currently co-stars alongside Zac Efron and Anna Kendrick in the romantic comedy Mike and Dave Need Wedding Dates, has opened up publicly about her sexuality. In a recent interview with the Advocate, Plaza spoke about her role as a wild party girl named Tatiana, who is best friends with Alice, played by Kendrick. The two share some hilarious moments in the film written by Neighbors co-writers, Andrew Jay Cohen and Brendan O’Brien.

“My whole personal backstory for Tatiana and Alice is that they met on an episode of Oxygen’s Bad Girls Club. They were, like, the alpha girls in the house who took everybody else down, and that’s how they became best friends. They probably make out when they’re wasted.”

The Parks and Recreation star wasn’t shy when it came to discussing a past role where she played a lesbian and her own life as well. When asked if women come on to her, Plaza responded, “Oh, yeah. I don’t mind. I know I have an androgynous thing going on, and there’s something masculine about my energy. Girls are into me — that’s no secret. Hey, I’m into them too. I fall in love with girls and guys. I can’t help it.”

Fortunately, Plaza’s family and friends are open when it comes to sexuality. “My family’s always been very open. I have a gay aunt and a gay uncle, and I grew up thinking that everyone had a gay aunt or uncle. My younger sister is a lesbian, so it’s just in my blood, I guess. She came out to me when she was 17 or 18, and for, like, a millisecond I was surprised.”

The actress, whose last public romance was with writer Jeff Baena back in 2011, also has quite the LGBT following and a taste she compares to that of a gay man.

“Yeah. I mean, it makes sense to me. I feel like I operate in an old-school way that only gays truly understand. So for me it’s the ultimate compliment. My tastes are like an older gay man’s, and I think that’s who I really am. Like, I grew up obsessed with Judy Garland, and I was also obsessed with how much she meant to her following.”