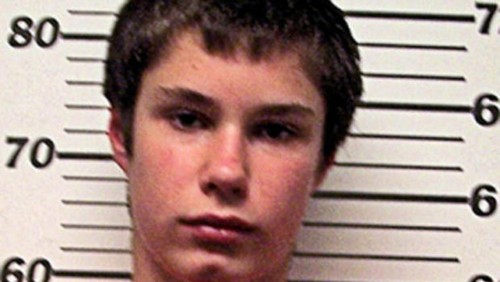 The 19-year-old prolific burglar is known as the “Barefoot Bandit” because of his habit of not wearing shoes while he committed robberies.

After breaking out of a halfway house in Camano Island, Washington, Colton Harris-Moore began burglarizing homes for money and food. In 2008, he began stealing (and crash-landing) planes and traveling throughout the United States, finally ending up in the Bahamas. After being caught he was charged with 30 state felonies as well as federal crimes.

Colton Harris-Moore became a sort of cult hero and Robin Hood figure due to his young age, blatant daring, lack of shoes and habit of leaving donations for animal charities. The Barefoot Bandit became an internet celebrity thanks to a Facebook fan page and has even signed a movie deal with 20th Century Fox.

According to People Magazine, the troubled teen has expressed remorse for his actions, blaming a troubled childhood, and hopes to eventually go to school and get a full-time job. In the meantime, he will be working for his criminal defense attorney, completing clerical tasks.

Having already run away from a halfway house once, there is a chance that the Barefoot Bandit will run again. After having five years in prison to plan his next move and with his very own cult following which will only grow after the movie about his life is released by Fox, this could be his biggest crime spree yet. With fans to help him along the way and his considerable talent at eluding the police, this time Colton Harris-Moore may be unstoppable.

Do you think Colton Harris-Moore is a hero or a criminal? Should 20th Century Fox have given a movie deal to a convicted burglar? Has the Barefoot Bandit officially retired or is he just biding his time until he can run again? If he runs, what do you think his next crime spree will include? Share your love or hate for the Barefoot Bandit in the comments below!