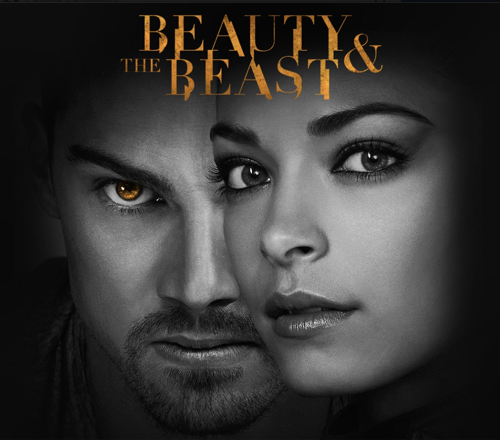 Tonight on the CW their hit fantasy drama BEAUTY AND THE BEAST airs with an all new Thursday, June 2 season 4 premiere called, “Monsieur et Madame Bete,” and we have your weekly recap below. On tonight’s episode in the Season 4 premiere, Vincent (Jay Ryan) and Cat Kristin Kreuk’s wedded bliss is short-lived when J.T. (Austin Basis) brings them the news that someone is trying to expose the identities of beasts.

For those of you who don’t know, Beauty and the Beast is about a homicide detective teams with a man who takes on incredible but uncontrollable strength when enraged.

On tonight’s episode per the CW synopsis “Vincent (Jay Ryan) and Cat’s (Kristin Kreuk) wedded bliss comes to a halt when they learn from J.T. (Austin Basis) that someone is trying to expose the identities of beasts. While on the hunt to find out who is behind the threat, Tess (Nina Lisandrello) is reluctant to help since they are all trying to move forward with an attempt at normal lives.”

Tonight’s episode looks like it is going to be great and you won’t want to miss it, so be sure to tune in for our live coverage of CW’s Beauty and The Beast at 9:00 PM EST! While you wait for our recap hit the comments and let us know how excited you are for this episode!

Homeland Security had assured everyone on last season of “Beauty & The Beast” that they had erased all signs of both beasts themselves as well as anything that could lead back to Vincent however they must have missed something because there was chatter in the blogosphere.

There was apparently this blogger by the name of Peter Duncan and Peter somehow managed to connect the dots from last summer. And therefore Peter wasn’t just any old blogger, he was also potentially dangerous. Peter knew too much and unfortunately he wasn’t smart enough not to post it online. So once JT had seen the blog for himself and noticed how good of a job that Peter was doing in roping people in because he had footage to go along with most of his theories, he knew that he had to alert his friends.

But Tess told him not to. Tess felt that Cat and Vincent shouldn’t be bothered on their honeymoon and she especially didn’t think that a blog was as dangerous to them as JT thought. So ultimately Tess had convinced JT not to reach out to the honeymooners however she couldn’t stop him from going to Heather for help.

Heather had previously worked in PR so JT thought she would know how to handle a crisis although as it turns out Heather’s idea about what to do next was probably not the smartest.

Heather had thought they could discredit Peter and thereby ruin his online cred. So she was later able to convince JT that they should break into the blogger’s home. Take a few things, replace a few things, and then publish misinformation so that they would have nothing to worry or have a reason to call Cat and Vincent. Yet, their breaking and entering didn’t go as planned.

They got into the apartment without a problem, but then ended up running into the blogger’s dead body and the assassin that had been hired to kill Peter along with anyone else that might have seen too much. And therefore Heather and JT were almost killed because they had been in the wrong place at the wrong time.

Though they got lucky. Both JT and Heather managed to escape the assassin by climbing out the window and drawing attention from the people below however Heather was left injured by falling off a fire escape. So with Heather having to be hospitalized, that left JT alone to make decisions and that hadn’t been particular fair seeing as there was only one thing he could do once everything had gone to hell. And that was to call Cat and Vincent.

JT knew that he couldn’t keep hiding what was going on from Vincent and Cat anymore so he called them and told them everything that has been happening at home. Including the part that a blogger might have been killed because someone was looking for Vincent. So Cat and Vincent didn’t bother to wait around in Paris for a second longer.

They got on the next flight out and came straight home to a very apologetic JT who hadn’t wanted to be a worry wart, but was proven to be right about the danger not being over.

Only Tess had been angry with JT and she had more than one reason for being so. Tess clearly hadn’t thought that the blogger was as dangerous as JT thought yet she would have preferred it if JT hadn’t broken into the man’s apart much less taking Heather with him.

So Tess was already upset about everything that had transpired after she told JT to leave the blog alone and thought she got through to him, but finding out he had contacted their friends had really sent her reeling.

Tess it seems had still believed that she and JT could handle everything without panicking their friends. Or turning what she hoped was a one-time incident into something much more. So she had tried to get JT to downplay what he really happened though JT wasn’t that great of a liar.

He later did as Tess asked and it wasn’t that surprising that both Cat and Vincent saw right through him as he tried to explain that Heather falling several stories hadn’t been that bad.

Honestly it hadn’t been that bad because Heather hadn’t suffered any permanent injuries, but she was recovering from several bruises and that alone would have been enough for her sister to cancel her honeymoon.

So eventually Cat and Vincent pressured JT to drop the act and simply return to telling the truth. And with a better understanding of the situation, the couple split up so that they could both work the case. Vincent went with JT so that they could follow the killer’s scent, while Cat returned to the station so that she could officially work the case with Tess.

Although, in the end both investigations crossed paths at another crime scene. The man that has been hunting Vincent had gotten to Agent Russo first and so he had found out that Cat was somehow involved with the investigation into beasts when Cat and Tess interrupted him before he could finish reading the rest of Russo’s files, but he got away before they could arrest him.

And therefore they knew that he was going to keep looking into Vincent no matter what.

And so they thought their best course of action finding their killer should be setting a trap. They eventually had someone announce online that they were going to be announcement about beasts and that had sent hundreds of Peter’s fanbase out in the open. But the one person they cared about was the killer and they knew the killer couldn’t resist getting his hands on as much information as he could.

So the plan was to wait for the killer to reveal himself out in the open and they had included additional interest at the event by having Cat there as well. Only Vincent never saw the killer yet the killer saw Cat.

He saw Cat and then took Cat from right underneath Vincent’s nose. Unfortunately, Vincent had gotten rusty with his skills so he hadn’t been paying as close attention as he should have though JT and Tess had been there for him after Cat disappeared. And they had also showed him the knife that the killer had used on his victims so that allowed Vincent to make a connection.

Vincent had used the knife to sense something about the killer and he had found out that the killer was a poacher. One that liked to kill dangerous and unusual prey albeit it for a fee. So Vincent figured out that their killer had wanted Vincent in order to stick his head on a wall. Almost as if he was a prize. And another thing that Vincent managed to sense was the killer’s favorite hunting spot.

Vincent had told JT and Tess what he little he sensed and together they were able to track down his hunter. Though Cat had been doing a pretty good job on her own. She had escaped the ropes she had been tied up with and was actual fighting the hunter when Vincent appeared. So while one distracted him, the other pushed him onto his treasures and that had impaled him to death.

Now the official report as to what happened him looks different, but Tess and Cat were able to gloss over anything that seemed suspicious.

Tess, however, hadn’t even been shocked to see Cat back from Paris earlier. She knew that nothing was going to dissuade Cat once she knew that there was trouble back home so she didn’t make a big deal out of Cat needing to be on the case the second she landed.

Yet, it was only after they had gotten their killer that Tess finally gave up on leading a normal life because she knew that there was no such thing for any of them as long as they were people looking into Vincent. And that meant JT was never going to sit one of these fights out.

Giving up on a normal life was something she could deal with, but Tess didn’t want anything to happen to JT. So in that way Tess was a lot like Cat. Cat had wanted to find out who had put a bounty on Vincent’s head because she thought more hunters would come. Although it was frustrating for her that Vincent didn’t want to get caught up in what-ifs. He said what’ll will happen and, like JT, he didn’t want hide when the time came.