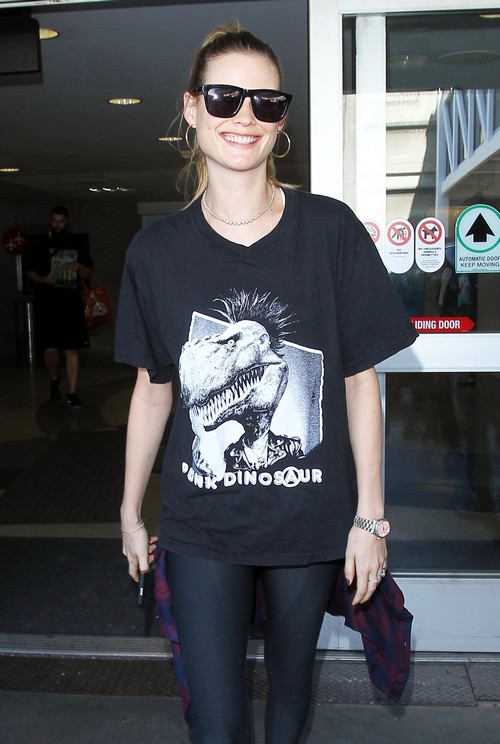 Levine must be overjoyed at the news as they have both been open of their intent to start a family as he has repeatedly stated that he and his wife are so happy. It has even been reported by E! News that the couple already knows what they are having adding an even greater degree of excitement to their celebrations.

The couple, who got married in a gorgeous ceremony in July 2014, had been open about being ready to start their family. During an interview with KIIS FM radio, Levine quipped “I want to have 100 kids. I want to have more kids than would be socially responsible”.

This was shortly after they got married in Cabo, Mexico. So he has decided to finally star the process. The parents have every intention of bringing their child into a loving unit, as Levine himself confirmed to E! News “I love kids so much though…”

In a more serious tone, supermodel Behati Prinsloo did reveal in July 2014 to Net-A-Porter’s The Edit that children were an integral part of the future she and Levine would share. In fact, kids were a “…definite…” for the pair.

Adam Levine’s role as coach on NBC’s The Voice might have been also been instrumental in pushing Levine to start their family as on the show Levine was able to interact closely with the children of his fellow coaches. Carson Daly, host of NBC’s The Voice echoed this sentiment with in a March 10 interview with Hollywood Take.

Daly believes that it was near impossible for Levine to have remained unaffected by the joy his fellow coaches exuded as parents on set. Furthermore, he asserts that when Adam Levine got married, he was well on his way to this decision and it was a pivotal step to getting him ready to being a father, and Carson Daly was expecting a pregnancy announcement shortly.

Levine himself has actually admitted in an interview with E! News he admitted to getting a certain joy from seeing children on the set of The Voice.

The child of the beautiful model and sexy Maroon 5 crooner will be wonderful mix of talents and is much loved already.