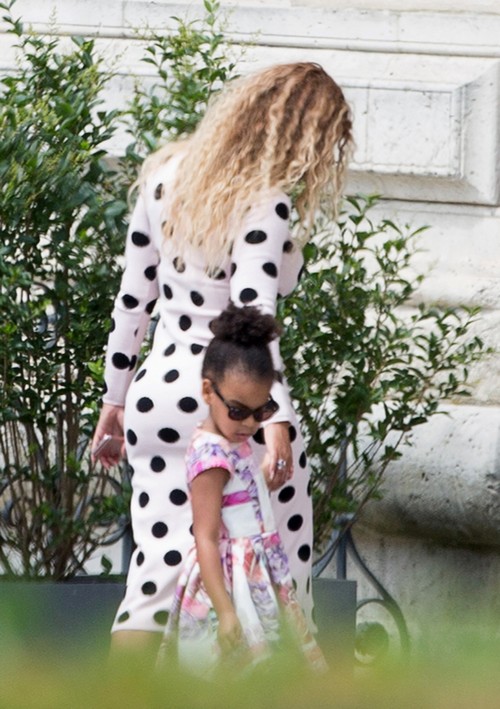 Beyonce and Jay-Z divorce rumors have long been a major problem for the A-list couple and that’s probably why they are doing everything they can to repair their image. In fact, Beyonce and Jay-Z are apparently staging ‘happy family’ photos with their daughter Blue Ivy to make everyone forget about all the marriage problems and cheating allegations that have been plaguing them lately.

Beyonce, Jay-Z and Blue Ivy have been spending time as a family together during their vacation to the South of France this week. And according to paparazzi photos of the couple, it seems like they are doing everything possible to show the world how happy, content and comfortable they are with each other, despite rumors that say their marriage is at risk.

In fact, there was even speculation earlier this month that Beyonce is ‘laying down the law’ with her husband by giving him a list of the pre-approved women he is allowed to speak to just because she’s been so worried that he might cheat on her. After all, this is the same couple that used their personal lives to help promote Beyonce’s latest album as the entire Internet was guessing who “Becky with the good hair’ was after Beyonce hinted at Jay-Z’s cheating in her track, ‘Sorry.’

Beyonce and Jay-Z’s divorce might not be happening anytime soon, but that doesn’t mean that the couple is as happy as they want the public to believe them to be. And that’s probably why they are using the media to not only control their image, but to also use all of the gossip and rumors about their marriage to their advantage.

Plus, when’s the last time Beyonce and Jay-Z have looked truly happy and in love with together? Sure, they’ve been with each other for over a decade now, but each time Beyonce steps out with her husband, she always looks downright miserable and distant to him. With all the effort it takes in keeping up with appearances, it will only be a matter of time before Beyonce or Jay-Z breakdown and show the world what’s really going on behind closed doors.

Tell us CDL readers, what do you think? Are Beyonce and Jay-Z faking their happiness for the cameras? Are they using their vacation to the South of France as a decoy to help make people forget about all of their marital woes? Drop up a line and don’t forget to check back with CDL with any updates on Beyonce and Jay-Z’s marriage drama right here.

Beyonce and her husband Jay-Z enjoy lunch at Loulou restaurant in the Tuileries’s garden with their daughter Blue Ivy in Paris, France on July 26, 2016. Image Credit – FameFlynet