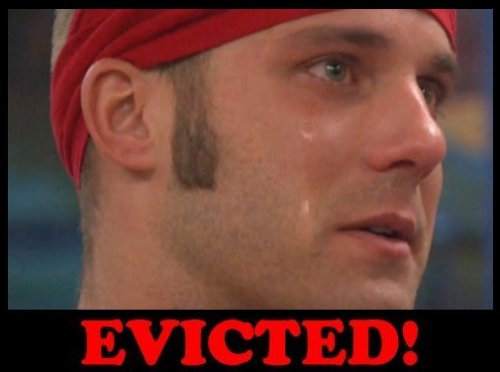 Tonight on CBS Big Brother 18 airs with an all new Thursday, August 18, season 18 episode 27 and we’ve got your Big Brother 18 recap down below! On tonight’s episode, another houseguest is evicted from the compound.

On the last episode, houseguests went head to head to win The Power of Veto. Did you watch the last episode? If you missed it we have a full and detailed Big Brother 18 recap, right here for you.

On tonight’s BB18 as per the CBS synopsis, “a houseguest will be eliminated from the competition and will be forced to leave the compound.”

It’s LIVE eviction night on #BigBrother18 and Corey and Paulie are on the chopping block and facing #BB18 eviction. Julie greets the crowd and asks if Paulie will be run out of the house tonight after running the game all summer.

Julie talks about the end of the all guy alliance and the Paulie-Corey nomination blindside. We pick up right after the Veto Meeting and Victor feels triumphant that Paulie is still on the block since he got Victor evicted. Corey decides to play it cool this week.

James sits with Paulie in the yard later and Paulie tells him he won’t campaign against Corey. He says he’s not what is best for everyone’s game. Then Paulie starts crying again over a butterfly that floats by. He says it’s like a spirit and babbles on about the bug.

The butterfly effect and alligator tears

James says it’s the butterfly effect and tries to cheer him up calling him a big-a** teddy bear. James tells him the butterfly is gone. Then the pie song starts up for Paulie to make a pie. He says he won’t do it and is going to go work out instead.

Michelle thinks he’s a bigger baby than her. Corey tells Paulie to make the pie and get it over with. He won’t. Corey tries to pep talk him and tells him to be a bad-a** Calafiore brother and begs him as his friend not to do this and not to act like this.

Paulie talks to Natalie in the safari room and tells her he’s sorry for the way he talked to her. He says when Zakiyah was crying, he blamed her and says it was messed up the way he acted. Natalie knows he’s only saying sorry because he’s on the block but says he forgives him.

In the bathroom, Paulie talks to Paul who asks if he thinks everyone wants him gone. Paulie says no one wants him there. He’s trying to score guilt votes to keep him in the house. Paulie’s plan is now to try and score sympathy votes so he can stay and Corey would go.

Paulie asks him for a sympathy vote like he gave to Victor. Paul says he’ll do it. Later, Paulie talks to James and says if he can get Natalie and James’ votes, he might be able to stay and says he’s a bigger target. James tries to change the subject.

Paulie suggests keeping him since he’s a competition beast and can take on Victor. He tells James to use him to take out Victor because James can’t do it himself. Then he says James can take out Paul himself. James sees the logic but knows that Paulie burned him before.

He’s now confident that he might have James, Paul and Natalie. Paulie talks to James and Natalie about voting him. James says they have to watch out for their games and Paulie asks what they want from him. James tries to laugh it off and says Natalie calls the shots.

Paulie says they can just tell him what they want him to do when he wins a comp if he gets to stay and he’ll do whatever they want – he says he’ll lay on a grenade for them. Paulie promises he’d never screw them over if they save him.

Rachel and Brendon and their Big Brother baby

Brendon says he thinks that right now, Paul has the best chance to win and says he thinks the jury would vote for him. Rachel says as the last female to win Big Brother five years ago, she wants the girls to step up and ditch the guys.

Next we see a look at the jury house where Da’Vonne, Zakiyah and Bridgette are staying. Da’Vonne was first in the #BBJury. We see a car show up and she hopes it’s not Z or James arriving. Zakiyah walks in and Day says “no!!” and then groans. She hugs her.

Day asks what happened and Zakiyah says it was about her showmance with Paulie and plays the video for her. Day gets to see the internet HoH comp where Victor beat Natalie and Day notices also that Paulie fell right after Zakiyah did.

Zakiyah tells her she thinks Paulie had something to do with her being on the block and Day is stunned when Paulie won the PoV and didn’t pull her off the block. Day says that’s a wake-up call for Z. They agree that he’s shady. She tells Day about James’ two vote advantage.

Then Z tells her it’s a Double Eviction. They hope it’s not Michelle and then Bridgette shows up. She’s still glad she blew the house up before she left. She shows them the video of Corey winning HoH and PoV and that he put her up. She says the house is split now.

The girls talk about how they could have worked together since they had common enemies and didn’t know it. Bridgette says Meech was sure she was going home and they see Meech calling everyone out before the vote. Day says Michelle is really playing the game.

Bridgette says there’s a lot of game left and she really hopes she blew Paulie up and tells them she thinks he may go next week. Zakiyah says she hopes so too. They all three chant Paulie’s name as they laugh about who will leave next.

Time to vote for eviction

Julie tells them that tonight is the last night for the ticket advantage. She also says the tickets are no good after tonight. Julie tells them to make their final statements. Paulie says he loves his family and the houseguests too. He gives each HG a shout out.

Then he grabs Meech and gives her a big kiss since he says she didn’t have a showmance. Corey then stands and says hi to his family. He says he’d like to stay and says he’s love being there with all of them playing the game and says vote like you want to.

He says he hopes either he or Paulie has the Round Trip ticket and tells Nicole that she’s sweet and cuddly. Now it’s time to vote.

Julie tells the houseguests that Paulie has been evicted on a 5-0 vote. He hugs Corey and everyone else and walks out to big cheers. Julie says hugging her won’t get him back in the house. He hands her his envelope to open.

Julie tells the houseguests to assemble to find out if he has the Round Trip ticket. It’s a One Way ticket. Julie asks Paulie about him going from running the game to being evicted. Paulie says people figured things out and took a shot. He says he trusted the guys.

Julie asks who betrayed him. He says James, Victor and Paul. Julie says he didn’t handle being on the block very well and his talk about self-evicting. He says he was just trying to get sympathy. Julie then asks him about Z and if he has feelings for her. Paulie says he felt bad when she was evicted.

Nicole says in her video that he’s a great competitor and very strong. She says she wants to see him later. Meech says she knows she blew up his game and was on to him. She says he’s a poor man’s Derrick. Paul says they had friendship and PP was a hit but there can only be one P in the house.

Corey says he knows he was struggling and he’s proud of him and he’s his new brother. Paulie also said that he didn’t think he and Zakiyah will have anything outside of Big Brother. Wow. Who knew he would come clean on that right away?

Julie congratulates him even though it’s not worth anything. That’s the last of tonight’s episode except for another reminder to vote for America’s Care Package which is a Co-HoH advantage. It’s Victor, Corey, Michelle or Paul and you can vote up to 20 times per day.

Julie also revealed in the final moments of the show that there will be one more twist – a Battle Back from the jury to let one back into the house which means that Big Brohter may still be trying to force Paulie back onto the show. We’ll see how it goes.