Blue Bloods Recap – Fool Me Once: Season 7 Episode 5 “For the Community” 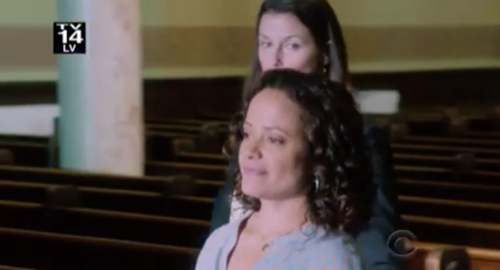 Tonight on CBS their hit drama starring Tom Selleck Blue Bloods airs with an all-new Friday, October 21, 2016, episode and we have your Blue Bloods recap below.  On tonight’s Blue Blood Season 7 episode 5,  a leading community activist faces deportation because she isn’t a U.S. citizen, so Erin (Bridget Moynahan) and Anthony (Steven R. Schirripa) try to help her stay in the country.

Did you watch last week’s Blue Blood episode 4 where intent on bringing justice to Lieutenant Gormley after he was beaten by a mob outside his home, Danny and Frank enlisted the aid of Detective Anthony Abetemarco (Steve Schirripa), who had a personal connection to the neighborhood where the attack occurred?  If you missed it we have a full and detailed Blue Blood recap, right here!

On tonight’s Blue Bloods season 7 episode 5 as per the CBS synopsis, “Erin and Anthony try to prevent the deportation of a prominent community activist, Coryna Garza (Judy Reyes), who isn’t a citizen, and Frank must decide if the NYPD will participate in the U.S. Marshals’ high-profile raid of a local gang.”

Erin had a moral dilemma on tonight’s episode of “Blue Bloods” and surprisingly it involved one of the biggest thorns in her side.

Erin had apparently tried Coryna Garza at least five times in court and Coryna always managed to walk away with a mere slap on the wrist. However, Coryna had finally done something so serious that Erin thought she had her.

Coryna had committed assault at one of her rallies and she had also incited the crowd into a riot as she was being arrested. So Erin had thought that finally. She finally had a strong enough case against Coryna that it would be nearly impossible for Coryna to talk her way out of this way.

Yet, Anthony later told her that they had a much bigger problem that involved Coryna. Anthony had said that Homeland Security had found out that she wasn’t a citizen and that they were going to deport Coryna.

So Erin had been a little surprised that seeing as she had tried the woman so many times that someone should have realized before now that Corina was undocumented though Anthony had said they hadn’t really gotten to their real problem and so he continued to explain the Coryna situation. Like how Coryna managed to ditch DHS agents.

Coryna it seems hadn’t wanted to be taken into custody so she found a way to circumvent DHS’s deportation. Coryna as it turns out had taken refuge at a church and she also had a crowd outside protesting what they believed was DHS’s bias.

But Erin had gone down to the church and she had talked to Coryna herself. So Coryna had told her why she had wanted to protest her deportation. Coryna had said that she wasn’t illegal and that her mother had the evidence to prove that she had been born in the United States.

So Erin and Anthony had gone to see Coryna’s mother Lucinda however Lucinda couldn’t prove that Coryna was legally a United States citizen. Instead Lucinda had told Erin the truth. Lucinda had said that Coryna had been born in Columbia and that she had really been her cousin’s daughter.

Though Coryna’s birth mother was later deported so Lucinda claimed that Coyrna was her daughter in order to keep Coryna in the states. And unfortunately Coryna hadn’t known about any of it until Erin had to tell Coryna the truth.

Coryna had said that her ex-husband had probably told Homeland on her as a petty slight that he knew would her and she had asked Erin if she could talk to her ex. And both Erin and Anthony did that, but they didn’t find any evidence that Coryna’s husband had anything to do with Homeland Security being called.

The ex had freely admitted to knowing about Coryna’s status yet he had said that he had kept the secret and had also mentioned that he didn’t have motive. He said that he didn’t want custody of their daughter Nadia and that he freely knew how horrible he was. So Erin didn’t think he was their guy.

Though unfortunately she and Anthony couldn’t keep looking for who was trying to destroy Coryna’s family. The District Attorney otherwise known as Erin’s boss had said that he wanted her to be done with the Coryna situation and so she had to walk away from Coryna’s case.

But Erin had felt that Coryna’s ex had tried a little too hard to convince her how horrible he was so she talked to her brothers at Sunday dinner. Erin had asked Danny why someone would go to such lengths to convince her of something and so he told her that there could only be two reasons.

Danny had said that either her guy had confessed so much because he was nervous about being the spot or he was a running a con. So Danny explained that last one and it turns out the rest of the family ended up being a big help as well.

Danny had said that her perp could have talked so badly about himself as a way of getting Erin to focus on the wrong thing and to keep her finding out what he was hiding. So that had reminded Jamie of a case he had worked. Jamie and Eddie had gotten involved with a teenage psychic that claimed her father had forced to con some guy that had wanted to connect with his dead wife.

Yet, it had all been a con and Adriana had never had those abilities. Her father had merely forced her to pretend and she hadn’t wanted to see him arrested in spite of it.

Adriana had said that Papa was still family. So that opened a whole floodgate of confessions and Danny had even told one of his favorite grafter cases at the dinner table and Frank had also gotten involved in the discussion. Frank had said that people usually had this idea that they only had one phone call when really they had three so Frank had said that cops could play good cop with that.

Frank had said that these officers could tell their perps that they could have all the calls they wanted and so the cops write down the perps friends and family. And that way they could use those contacts later on if they ever wanted to find their perps again.

So Erin had heard how people could pull off a con and that made her realize what Coryna’s ex had really been doing. The ex had said that he had known Coryna’s secret because Coryna’s mother had said it to him once when she was drunk however there could be another reason why he would tell that secret and it didn’t have to involve his daughter. It could have involved money.

Erin had gone to see the ex again and she had questioned him about who had paid him off and he had admitted that one of Coryna’s corporate enemies had showed him fifty grand in a bag. Though he didn’t have it yet.

The ex had said that the agreement was that he would get the money once Coryna was deported. However, Erin told him that would make him Nadia’s only parental guardian and he didn’t want to be responsible for her or have Nadia resent him from tearing away from her mother.

So he agreed to testify on Coryna’s behalf and that way Coryna could make a case for not knowing about her status. And if she’s good she just might stay in the country.

Coryna though would be tried for that assault and inciting a riot. So Coryna had practically dared Erin to give it her best shot in court. Yet, the two will fight it out on another day meanwhile Jamie and Eddie found out that they had been conned as well. Adriana who had made herself out to be a victim of her father was back to being a psychic and strangely she had a different name and a different papa.

Almost like the last one hadn’t been a real father and had simply been her boss until she found something to hold over him and got herself a new papa. And had used the cops as a way to get a better contract under this new papa as well.

But after telling his kids about cons that police could do on the job, Frank had decidedly to be brutally honest with a cop that hadn’t wanted to use extreme measures to bring down a gang. Frank had told one of his commanding officers that community outreach and helping troubled kids were icing.

So the real cake was taking down criminals. Frank had said that was their real job and so Frank had ultimately pushed a commanding officer to forgo his opinions and just do his job.