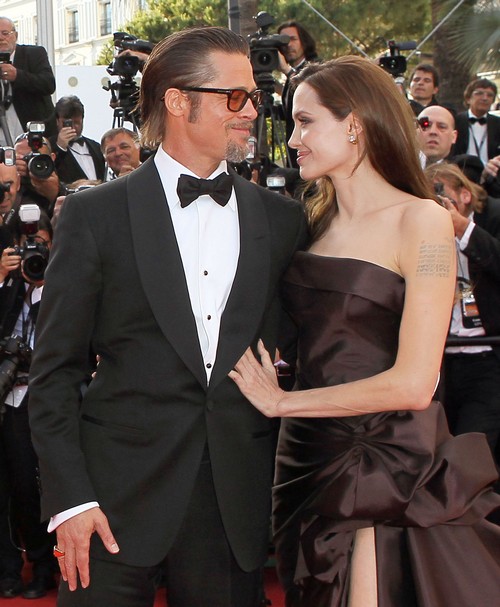 Brad Pitt has been cleared of all of the child abuse allegations made against him. The Los Angeles County Department of Children and Family Services ruled that Brad did not abuse his children in any manner. Brad Pitt has been formally exonerated despite his ex-wife Angelina Jolie’s nasty and very public smear campaign against him apparently designed to destroy his reputation.

Even though Brad Pitt allegedly came face-to-face with his 15-year-old son Maddox during a flight from Paris to Minneapolis back in September 2016, authorities in the case have concluded that Brad did not commit any sort of child abuse during the argument, as it apparently didn’t end with any physical contact. And now that Brad has been cleared, he is determined to win full joint custody of his six children as he doesn’t want to see Angelina Jolie take complete control of their family.

Yet, it doesn’t seem as though Angelina is willing to let go of any of her power and control. In fact, according to TMZ, the Hollywood actress is willing to dish even more nasty dirt against her soon-to-be ex-husband – Angelina appears willing to stop at nothing if she doesn’t get things her way and win full physical custody of their children.

Apparently Angelia Jolie thinks her kids would be ‘at risk’ if she was forced to share joint custody with Brad, given his alleged alcohol and substance abuse issues. Regardless of the DCFS report clearing Brad today, it’s more than apparent that Angelina is willing just to do and say anything to completely destroy her-ex by distancing their kids from him forever.

Yet Brad isn’t willing to give up without a fight, making their already ugly divorce drama even more difficult on their six children. Surely, no one wants to see their parents sling mug and drag each other into court, yet that’s exactly what Angelina is doing to Brad since she can’t get her way.

It’s pretty clear that some on the Internet think that Angelina Jolie is projecting her own daddy issues with Jon Voight onto Brad Pitt by trying to shut him out of his kids’ life – the same way she treated her own father Jon Voigt for several years. But unlike Jon, Brad Pitt will use his power and connections to fight for what he feels is rightfully his, this case, the right to share custody over his kids.

Tell us, do you think Angelina Jolie is determined to destroy Brad Pitt? Is she trying to destroy her children’s relationship with their father by demanding full physical custody of them? One is forced to ask what Brad really did to incite Angelina’s ire? Let us know your thoughts by dropping us a line in our comments section. Also, check back with CDL for all the latest news on Brangelina’s divorce.

“The great thing about having a bunch of kids is they just remind you that you’re the person who takes them to go poop!” – Angelina Jolie

“I became an actress because my mom wanted me to become an actress. It took me until my mid-30s to realize I actually didn’t. I actually wanted to write and direct and be more involved in politics and humanitarian issues.” – Angelina Jolie