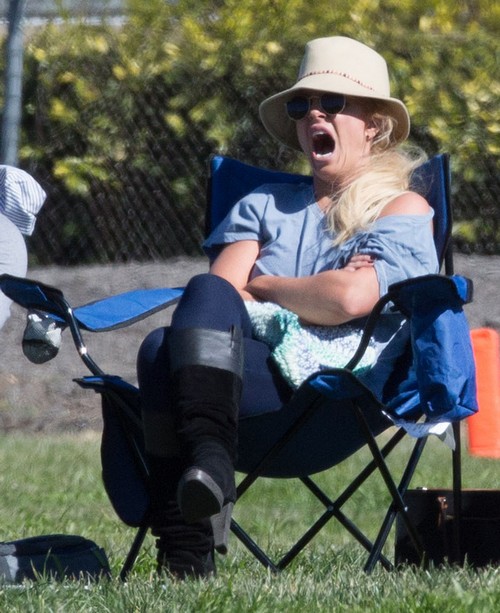 Britney Spears is not pregnant, but word on the Internet is that the pop singer may be adopting and will be a mom again very soon! Britney Spears has two sons with ex Kevin Federline, Sean Preston and Jayden James. Now, 10 years later, Britney has baby fever and desperately wants a baby girl – according to a report from In Touch Magazine – the singer is preparing to adopt a daughter.

According to In Touch Magazine’s sources, Britney Spears wants to adopt a little girl from China. The inside source dished, “She realized how much fun it would be.” Britney finally seems to be on the right track – she has steady work in Las Vegas, and hasn’t had any meltdowns lately. But, is she really ready to raise a child all by herself as a single mother.

Apparently, we aren’t the only ones who have concerns about Britney Spears being a single mom. Her dad Jamie has strongly advised against her adopting a baby – but his disapproval has fell upon deaf ears. In Touch’s source goes on to say, “Her dad, Jamie, isn’t supportive of the idea.” The snitch adds that Britney is bringing home a baby one way or another, whether her family is backing her up or not.

As you all know – Britney actually lost custody of her two sons to her ex-husband Kevin Federline years ago, and was paying him thousands of dollars in child support every month. While she did still see her children, Kevin was the primary caregiver.

Is it really fair for Britney’s kids Sean and Jayden to be absent for parts of their lives – but then bring home a baby from another country and be mother of the year to that child?

What do you guys think? Can Britney Spears handle being a single mom? Is it fair to her boys to adopt another baby? Let us know what you think in the comments below!