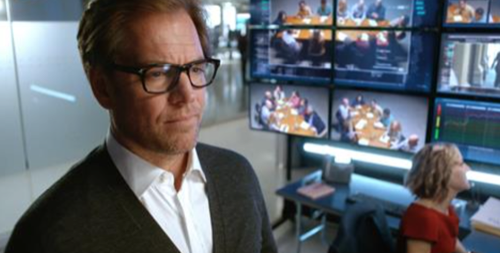 Tonight on CBS their new drama Bull inspired by Dr. Phil McGraw airs with an all-new Tuesday, October 11, 2016, episode and we have your Bull recap below.  On tonight’s Bull season 1 episode 3, Benny (Freddy Rodriguez) encounters a former flame while working on the case.

Did you watch last week’s Bull premiere episode where “Dr. Bull (Michael Weatherly) and his Trial Analysis Corporation (TAC) team had to formulate a new defense strategy when they discovered the jury had a subconscious gender bias toward their client?  If you missed it we have a full and detailed Bull recap of last episode, right here.

On tonight’s Bull premiere episode as per the CBS synopsis, “Bull (Michael Weatherly )and his team tackle jury bias against their client, a woman on trial for the murder of a star athlete she very publicly accused of assaulting her. Also, the case brings Benny face-to-face with his former flame, Amanda (Tiffany Villarin), a fellow attorney he hasn’t seen since their breakup.”

A podcast chronicling the death of a star basketball athlete, Mike, has everyone buzzing. Bull is intrigued and visits the murder suspect, Reese, in jail whose face is all over every newspaper as the killer of the “golden boy.” Bull thinks she is innocent after hearing how she reacted. He thinks she has been victimized twice, she was both raped and charged for a murder she didn’t commit. Bull gains her trust and tells her he will get her out. He manages to get her out on bail.

Bull runs a mock trial while Reese gets friendly with his team. The mock doesn’t go well since too many people have been heard the podcast. Bull pretends to be a journalist, questioning the podcast creator Ellen. She ends up in jail leaving Bull with some time to deal with Reese’s trial.

Reese gets prepped for the jury. Reese is wearing clothes that are too baggy and she has a bad habit of sticking her hands in her pocket. All the change has her upset, she has a panic attack. Bull calms her down with a technique involving numbers. The mind can’t repeat numbers out of order and freak out at the same time.

During jury selection, the team selects those that like abstract paintings – they are open to new things. The pool is made up of an artistic bunch who has traveled to Paris. Later, the team discovers that there was a rape charge filed against Mike in the same year. They discover that the assault charge was filed by Mike’s girlfriend at the time. The two had a turbulent relationship. She was angry but dropped the charge a week later. On the stand, she tells the jury that they were both stressed out. It was all nothing. Bull’s lawyer cross examines her and discredits her and the podcast.

Another cross examination of Mike’s best friend Rob reveals that the two were on PED. He also pleads the 5th when asked about his gun collection.

Bull goes to visit Ellen in jail and determines that she has evidence and information she deemed irrelevant even thought it would help Reese. Bull gets her to promise to no press conferences and the ability to read her files.

After Ellen is released from jail she goes home. When Bull goes to visit her, the police are there. She has been pushed to her death.

After Bull leaves the murder scene he tracks down Reese, she is trying to run off her panic. Bull tells her that he knows what it is like to feel trapped, too young to do anything.

Back at the lab, Bull and his team placed fake news stories on the web that are working in their favor. They practice teaching Reese how to answer when she gets on the stand. She’s nervous about having a panic attack. Her fear becomes a reality when she sits on the stand the next day. During a panic attack she begins to lose it, but copes with the words of Bull and gives one fantastic speech. She wanted Mike alive so he could pay for what he did to her. Now he is at peace and she is the one in hell.

Bull’s lawyer, Benny, calls on the audio of the podcast and how Ellen’s limited version of the story ruined Reese’s life.

The jury finds Reese not-guilty! The team and Bull celebrates. During the party, they learn from Amanda that Rob killed Mike – he was nervous and killed him over their PED use.