Caitlyn Jenner Claims Kris Jenner Played Dress Up With Her When Married – Did Kris Keep Bruce in Closet? 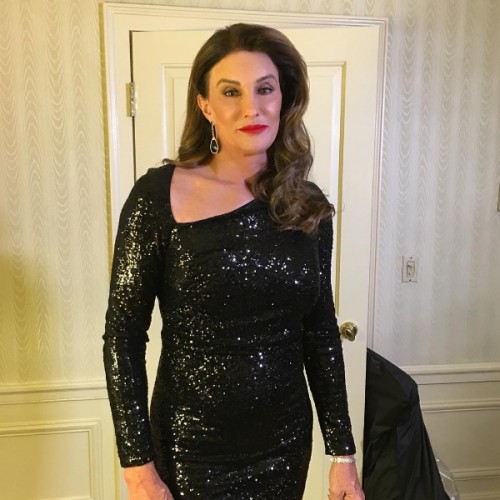 Caitlyn Jenner made a stunning reveal about how Kris Jenner has known all along that Bruce Jenner had transgender aspirations from the start of their relationship – despite Kris claiming she was kept in the dark.

Speaking exclusively in a video for the series “MAKERS” which is a “women’s leadership platform that highlights the stories of groundbreaking women” Caitlyn spilled all the secrets of being forced to cross-dress in secret despite Kris knowing about then-Bruce Jenner’s preferences.

Caitlyn Jenner revealed in the documentary that when Kris Jenner and Bruce were first married, she was fine with the dress-up and even participated but then later abruptly changed her mind and shut it down even though that meant shutting down part of Bruce.

Caitlyn said in a teaser video interview to promote her appearance at the 2016 MAKERS conference, “Kris and I dressed up a few times at the beginning but then she didn’t want any more part of that… When you have somebody in your life that’s diminishing that… it gets tougher and tougher in time.”

The 66-year old transgender icon added that Kris had a rule that Bruce could not “dress up” at home so he took his dresses and makeup on the road with him when he traveled to speaking engagements. Sadly, Caitlyn said that’s what Bruce had to do “just to feel a little bit better about myself.”

Yet in a Vanity Fair article, Kris Jenner denied that she had any idea that her husband was drawn to transgender interests. Kris said in the article, “Why would you want to be married and have kids if this is what you wanted… Why would you not explain this all to me?”

The claims of both Caitlyn and Kris Jenner can’t be true since the two accounts conflict – but who is speaking the truth? Was Kris playing victim to earn sympathy? Or was Kris trying to avoid backlash for keeping Bruce in the closet and not allowing him to be who he wanted to be?

What do you think? Who’s speaking the truth? Are you Team Caitlyn or Team Kris? And if Caitlyn is in the right, was Kris wrong to deny her husband the life he wanted? Share your comments below and check back with CDL often for more hot news on Caitlyn Jenner.