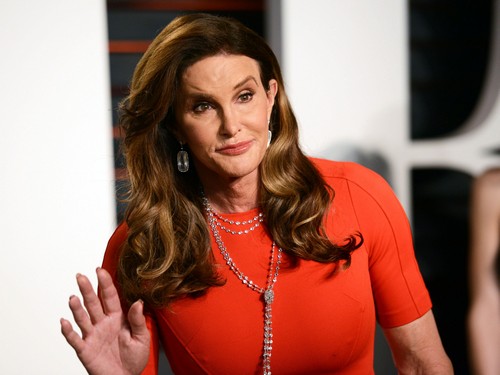 Is Caitlyn Jenner’s reality TV show, ‘I Am Cait’ cancelled? Not yet, but it definitely could be in the near future if the numbers continue to drop. The shock factor of Caitlyn Jenner’s transformation is starting to lose its effect – and in Season 2 of the reality show Caitlyn’s famous kids make many fewer cameos than in the opening season.

Basically, they all “did Caitlyn a favor” and tried to film an episode or two with her to get her show started – but now she is on her own, and it’s not looking good.

According to a report from the hard-working reporters at Naughty Gossip, the Season 2 premiere of “I Am Cait” this month on E! only brought in 750,000 viewers, which is a huge difference from the numbers it was pulling in Season 1 – which averaged around 2.7 Million.

Basically, “I Am Cait” lost 2 Million viewers – and the network is not impressed and has already threatened to yank the show if the numbers keep dropping. We can only imagine what ridiculous amount Caitlyn is charging E! for the show, and with those ratings, there is no way they aren’t losing money.

Naughty Gossip’s inside sources are reporting that Caitlyn Jenner is freaking out – she honestly thought her show was going to be bigger than Keeping Up With The Kardashians, and became a household brand.

The source dished to Naughty Gossip, “She is devastated and blaming everyone but herself. She has been calling the NETWORK demanding more promotions and calling her PR demanding to do more press. She really thought this show was bigger than The Kardashian’s and thought it would run for 8-10 years. At the moment, she is taking no responsibility. She has a huge ego and cannot understand that some people just do not like her and her political views. If the numbers drop again, the show will be cancelled.”

So apparently it’s the network’s fault that no one watched her show – and it has nothing to do with the fact that she threw some major shade at Hilary Clinton in the premiere and created a shit-storm on social media.

Do you think this is the beginning of the end of “I Am Cait” – especially in a year featuring a presidential election – can a transgender person be openly republican or conservative and survive in the American Hollywood climate of Draconian political correctness – where freedom of speech only applies if you agree with the majority? Share your thoughts in the comments below!