CSI Cyber Cancelled Due To Low Ratings – Marks The End Of CSI Franchise Or New Series Installment On Horizon? 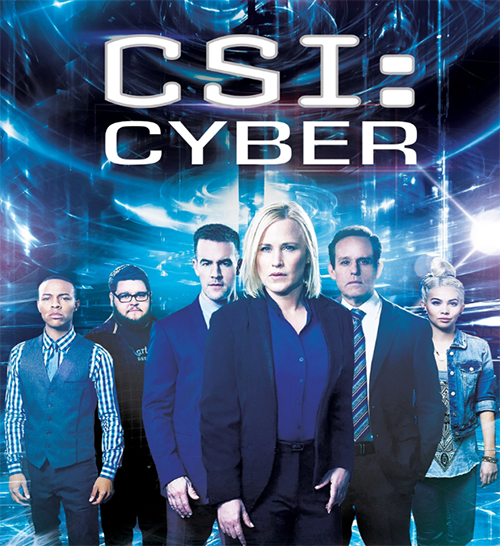 CBS has cancelled CSI: Cyber. Since 2000, CSI has been a cornerstone in every American home. Whether it was CSI: Crime Scene Investigation, CSI: New York, or CSI: Miami, there has always been a CSI airing at some point on CBS for us to rush home and watch after work – and grimace while they whipped out those black lights, and lit up dirty hotel sheets with DNA. Seriously, do you know how many kids have ran off to college to be crime scene analysts after binge watching the crime dramas on CBS?

According to E! Online, CBS has officially put CSI: Cyber out of its misery, and will not be renewing the show for another season. CSI: Cyber starred Ted Danson and Patricia Arquette. The drama followed the same outlines as previous CSI spinoffs, except for all crimes were cyber related.

So, instead of shining black lights on dirty sheets and finding deteriorated bodies, the CSI: Cyber team was taking down computer hackers and cyber terrorists. Riveting stuff, but apparently not riveting enough, because the ratings were dismal and not too many people were tuning in. Personally, we think it had to do with the lack of blood and gore.

As E! Online pointed out, this will be the first time since 2000 that there won’t be any CSIs airing on CBS. Don’t worry though, the Criminal Minds and NCIS franchises are still up and running. As for Ted Danson, he doesn’t seem too upset. He has already been cast in a new NBC primetime show with Kirsten Bell titled, “Good Places.” As far as the rest of the cast, it’s unclear what their future plans are. Maybe Bow Wow will release a new mixtape?

So CSI fans, are you upset about the cancellation of CSI: Cyber? Or were you one of the vast majority that didn’t watch the show? Let us know what you think in the comments below!