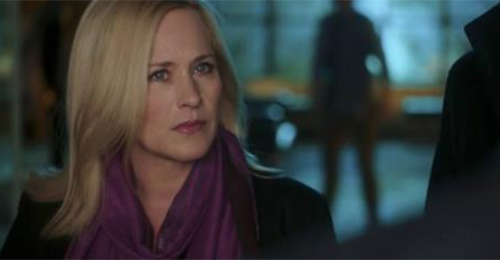 Tonight on CBS CSI: Cyber returns with an all new Sunday February 21, season 2 episode 14 called, “Fit-and-Run” and we have your weekly recap below. On tonight’s episode, a jogger is murdered and the Cyber team use the victim’s fitness tracker to retrace her steps for the entire night leading up to her death.

On the last episode, Avery and the Cyber team attempted to work with black hat hacker Stella Kaine (Kelly Osbourne), to track down the hacker who took identity theft to a new level and digitally “killed” Avery’s ex-husband. Did you watch the last episode? If you missed it, we have a full and detailed recap right here for you.

On tonight’s episode as per the CBS synopsis, “when a jogger’s body is found, the Cyber team use the fitness tracker she was wearing at the time of the murder to retrace her steps for the entire night leading up to her death.”

Tonight’s season 2 episode 14 looks like it is going to be great and you won’t want to miss it, so be sure to tune in for our live coverage of CBS’s CSI: Cyber at 10:00 PM EST! While you wait for our recap hit the comments and let us know how excited you are so far with this season.

The body of Alison Resnick had finally been found on tonight’s episode of “CSI: Cyber”. And apparently the only piece of evidence that the local police had to work with, in both Alison’s extended disappearance and her death, was the broken fitness band that had been submerged in water for who know how long.

So the Cyber Unit was brought in to recover whatever data they could when Krumitz eventually found something that he hadn’t been looking for. Like Malware for instance. Krumitz had later told his team that the fitness band had been crawling with viruses and that he was going to need more time as well as Nelson’s help just to get to Alison’s data.

But a lot of people had grown particular impatient on this case. Alison hadn’t been an out of towner. She had been a Charleston native and it seems that a lot people either liked or loved her. And therefore grew concerned when she managed to disappear one day.

And while initially her disappearance drew notice, the same people that loved Alison thought it odd when it took her husband Dylan several days to report it.

Dylan and Alison had fought on the night she disappeared and the same fitness band that could have given away her location had been a gift from Dylan. Who had also programed it for his wife. Therefore, Dylan was already a suspect in the back of the mind when the autopsy came out and convinced those that had still been on the fence.

Alison, you see, had propofol in her system which is often used as sedative right before a surgery. And it turns out that Dylan was a veterinarian. Thus he had access to pharmaceuticals grade drugs as well as the knowledge of what to use to keep someone like Alison who was in peak condition sedated.

So Raven, like Charleston PD, had taken one look at the autopsy and had quickly begun to look at Alison’s husband Dylan as the culprit. Although Charleston PD had been the one to actually haul him in for questioning. And they were then forced to let him go when they didn’t have enough evidence to hold on because all that anyone had at that point was mere speculation.

However, things changed when the local police (and Raven for that matter) pushed their preconceived notions to the side and simply let the Cyber Unit do what they were good at. And funnily enough Avery did find just the right ammo to put Dylan away. She found out that the he had been speaking with his ex-girlfriend and him possibly wanting something more with an ex could have been a motive for wanting to remove his current wife.

And so Avery could have hung Dylan out to dry but then she would have been the one committing an injustice because Dylan didn’t kill his wife.

He might have wanted to divorce her if the fight and conversation with his ex were anything to go by. But he had been with that very same ex-girlfriend when someone ran down his wife with a car. And then attempted to do the same thing with a second victim.

A young man, again in peak condition, had been kidnapped after he had gone on a nightly jog. And he later he had been found strapped to an operating table by Elijah in what looked like a makeshift OR. So that’s when Alison’s case stopped looking like a domestic dispute gone wrong and instead showed that someone has been harvesting organs.

Though, the fact that Alison had been found with all of her organs meant her early death was a failed first attempt on the kidnapper’s part, but her death did help the Cyber Unit figure out an MO.

They knew they were looking for someone willing to harvest organs however the person they were hunting was sticking close to the same blood type and also had enough technically skill to bug two fitness wrist bands. As well set up an offsite OR. So loading that information up in their computer did help narrow down suspects until they finally found Sarah Walker.

Sarah was dying from polycystic kidney disease and she only has two family members left in the world. A husband that worked in computer programing and a father that was now a retired surgeon. And so all the Cyber Unit needed was for a way to track down Sarah before her well-meaning but criminalized family went ahead with performing surgery on what would be their third victim.

But, by time the Unit had traced the wifi in Sarah’s heart monitor, the deed had been done. Her father and husband had kidnapped a third person and they had put the kidney into Sarah. So will live, but will she forget is a whole another story.

And thankfully the unwilling donor’s life had also been saved because, you know what, she asked if Sarah was alright once DB had told her what happened to her.