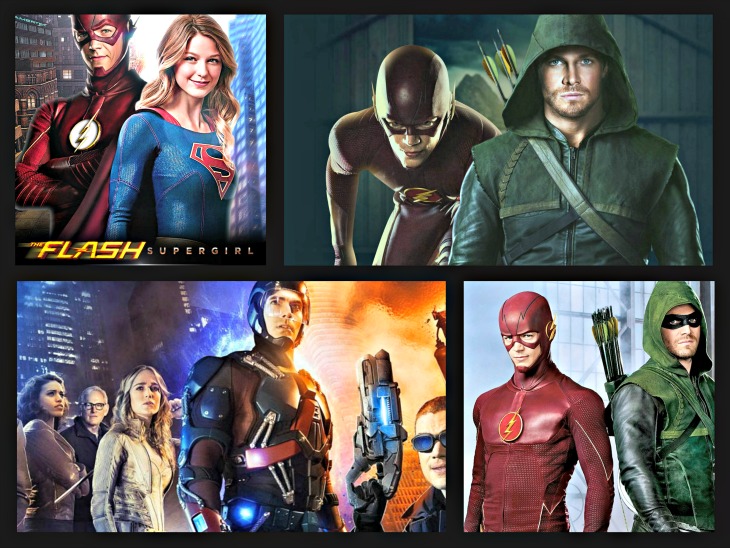 Fans of The CW’s lineup of superhero shows: The Flash, Arrow, Supergirl and DC’s Legends of Tomorrow were given a little tidbit of information for the upcoming season. Andrew Kreisberg said “One of the characters on one of the shows is going to be exploring their sexuality and coming out.” The Executive Producer revealed this today at the Television Critics Association’s press tour; and everyone involved are very excited about it!

Although producers declined to say who the character is, it will be a significant character on either The Flash, Arrow, Supergirl, or DC’s Legends of Tomorrow. The reason they gave for not revealing who it actually is, is because they really want the fans to enjoy the character developments and had they revealed who he or she is, fans will be ahead of the current storyline.

This announcement comes right after The CW announced they have picked up CW Seed’s Freedom Fighters: The Ray. The animated show is set to debut in 2017. This incarnation of the character, inspired by DC Comics writer Grant Morrison’s Multiversity series, will be openly gay. They are hoping Freedom Fighters: The Ray will be like CW Seed’s other DC animated series Vixen, where star Megalyn E.K. made her first live action appearance in an episode of Arrow last season.

There has also been another recent announcement regarding one of the superhero shows. When the Supergirl series moved from CBS to The CW, production moved from Los Angeles to Vancouver, it raised questions as to how much this will affect L.A.-based actress, Calista Flockhart’s (Catherine Jane “Cat” Grant) role on the show. Sadly, it means she will now be a recurring guest-star.

Either way, fans are excited for the Fall premieres of all their superhero shows and here are the times they will return to The CW: (all times are in Eastern Standard Time)

Don’t forget to set your PVRs and tune into the shows’ Fall premieres.

Share your thoughts in the Comments section below, on our Facebook Page,  join our Facebook Group or Head over to our Discussion Board to Talk The Flash, Arrow, Supergirl & DC Legends Of Tomorrow!