Days of Our Lives Spoilers: Abby Forced to Blackmail Dario After He Learns She’s Alive – Jennifer Insists Lies Must Stop 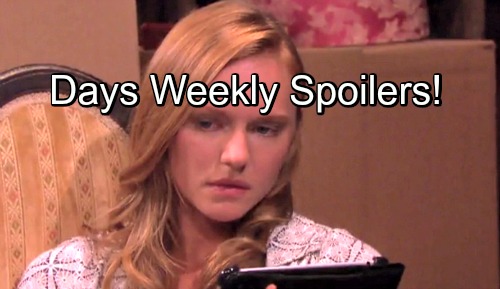 Days of Our Lives (DOOL) spoilers for the week of December 5-9 tease that JJ (Casey Moss) will try to get through to Abigail (Marci Miller). He’ll hope that she’ll come around on the idea of telling Chad (Billy Flynn) the truth. JJ will assure Abigail that Gabi (Camila Banus) has made her choice. He’ll argue that there’s no future for Gabi and Chad.

Of course, JJ is undoubtedly worried deep down. He can sense that there’s a strong connection between Gabi and the handsome DiMera. JJ will feel like it will work out best for everyone if Abigail comes forward. Unfortunately, Abby won’t be convinced that it’s the ideal plan.

Jennifer (Melissa Reeves) will give her daughter some tough love. Days of Our Lives spoilers say Jen will insist that the hiding and lies have to stop. She’ll point out that Abby caused a lot of pain. Jennifer will fear that things could get even worse if Abigail waits any longer. 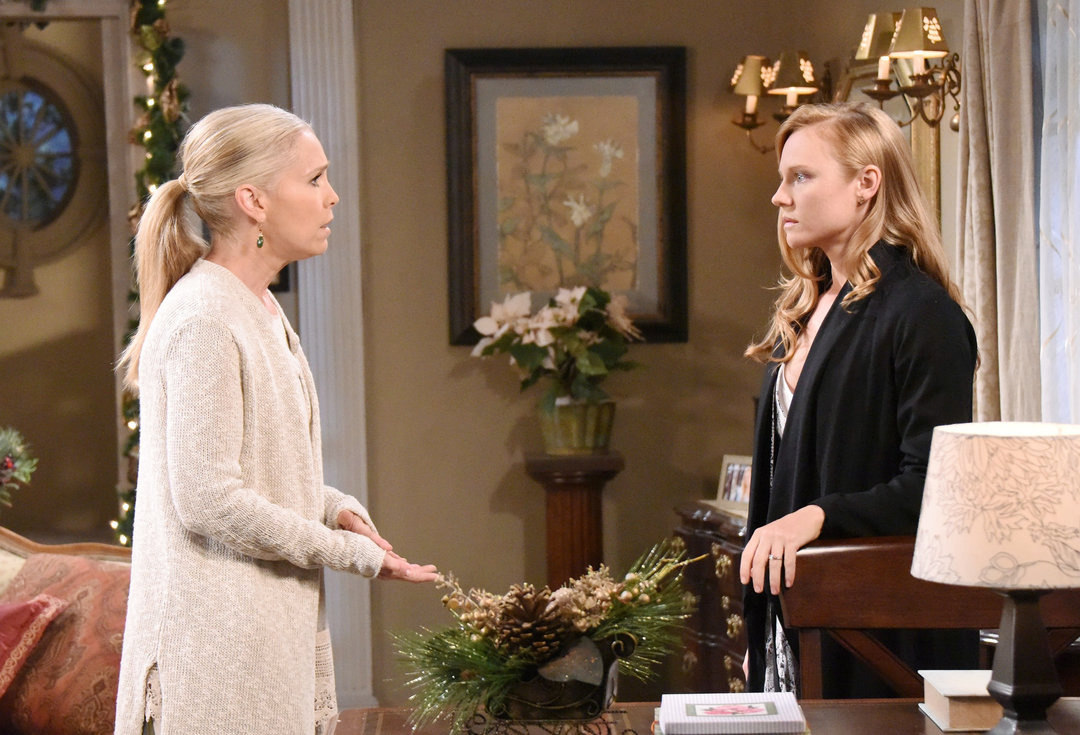 Days spoilers state that Abigail will decide it’s time for Chad to know she’s alive. She’ll prepare to explain everything to her husband, but her fears will soon consume her again. Abigail will worry about holding Chad back. She might even be concerned about his possible rejection.

However, Abigail won’t be able to stop her secret from spreading. When Dario (Jordi Vilasuso) catches a glimpse of Abby, he’ll be stunned. She’ll be forced to provide an explanation for her return from the “dead.” Dario will believe Chad needs to hear the whole story, but Abby will suggest he might want to think twice before sharing her news.

Abigail will reveal that she has some dirt on Dario. She won’t be afraid to use it if he blabs to Chad. This is probably about Dario and Eduardo’s (A Martinez) illegal business. It sounds like Dario will be backed into a corner. He’ll promise Abigail that he’ll remain silent as long as she does the same. 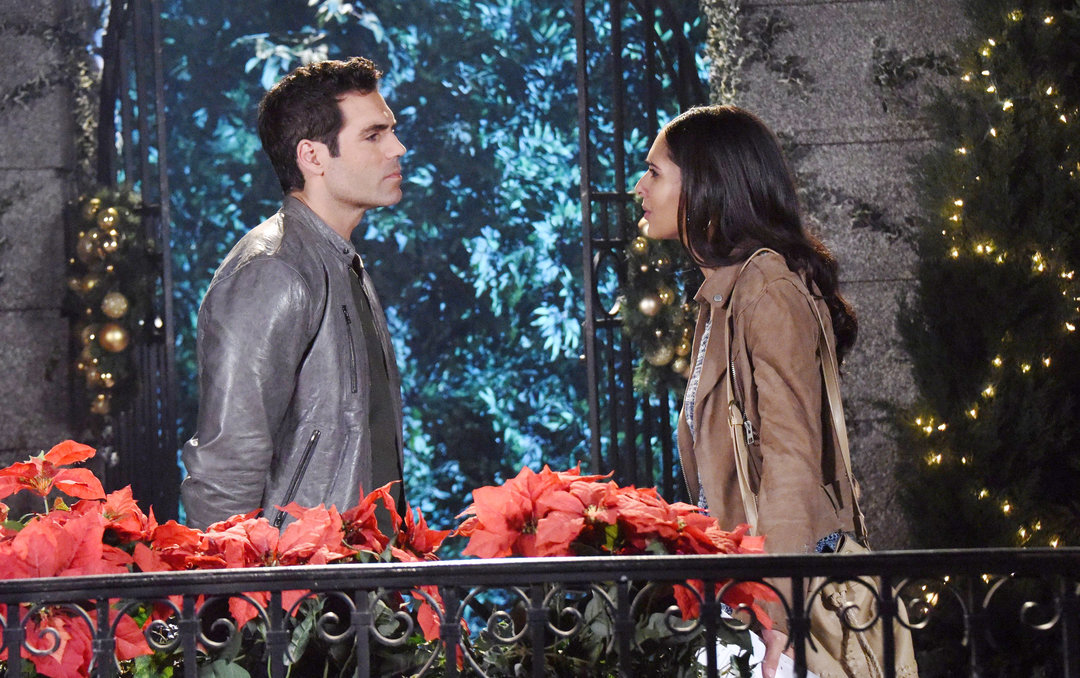 Abigail won’t be revealing her secret just yet, but we should be patient. DOOL fans can’t forget everything that Abigail went through. After Ben (Robert Scott Wilson) tormented her, Abby really went off the rails. Her PTSD left her in an incredibly dark place.

It became clear that Abigail couldn’t go on like that. She could’ve inadvertently hurt Chad or Thomas if she didn’t get some help. Abigail’s stint at Shady Hills was a disaster, but Laura (Jaime Lyn Bauer) got her granddaughter the treatment she needed.

Abby is better now, but she’s far from back to normal. When Abigail holds Thomas, it’s easy to see how fragile she is. Abigail nearly lost it when Thomas started crying. She doesn’t know if she can be the mom her little boy needs. 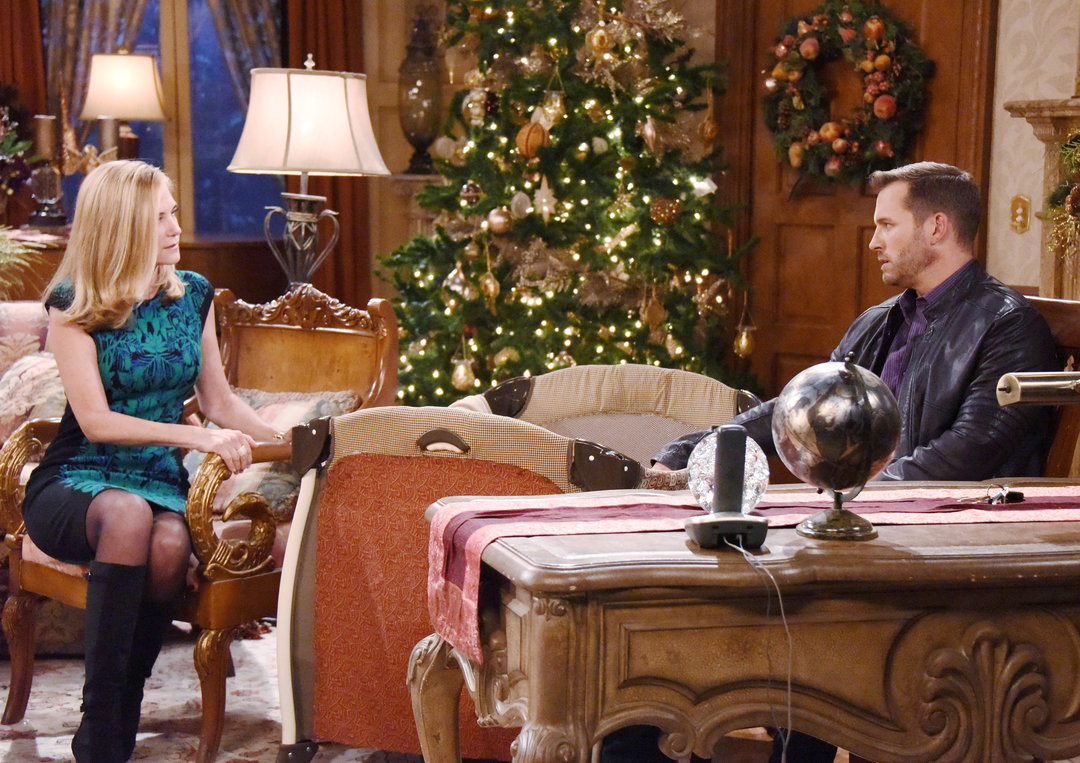 Days of Our Lives spoilers say Abigail will continue to build up her confidence. She’ll finally determine that she can’t stay away from Chad anymore. Abigail will give her confession another shot next week, but will she follow through? Chad has to find out sooner or later!

Days viewers will be anxious to see the big moment. We’ll give you updates as other details emerge. Stick with DOOL and don’t forget to check CDL often for the latest Days of Our Lives spoilers, updates and news.  Please come and join in the LIVE discussion on our Facebook Page.