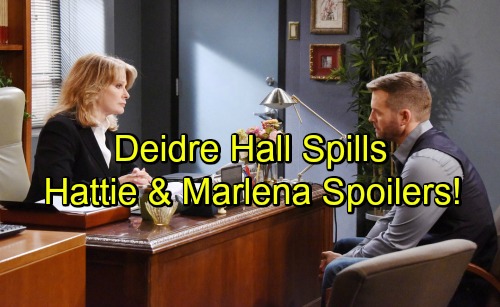 Days of Our Lives (DOOL) spoilers tease that we’ll soon be seeing more of Deidre Hall. In addition to playing the elegant and pragmatic Marlena, Hall will be playing the role of her rowdy lookalike. Some fun is definitely on the way. Longtime Days fans will remember Hattie, a waitress with an uncanny resemblance to Marlena.

We haven’t heard from Hattie in a while and it seems there’s a reason for that. Hattie has been in prison, which isn’t surprising news. If anyone belongs there, it’s a woman like Hattie! Days of Our Lives spoilers say Hope (Kristian Alfonso) will be taken aback when she runs into Hattie in the state pen.

For a moment, Hope will wonder if Marlena has somehow ended up in the slammer. Hattie will quickly correct her and they’ll share a nice chat. Ordinarily, Hattie isn’t the helpful type. She’s usually not interested in making life easier for others. 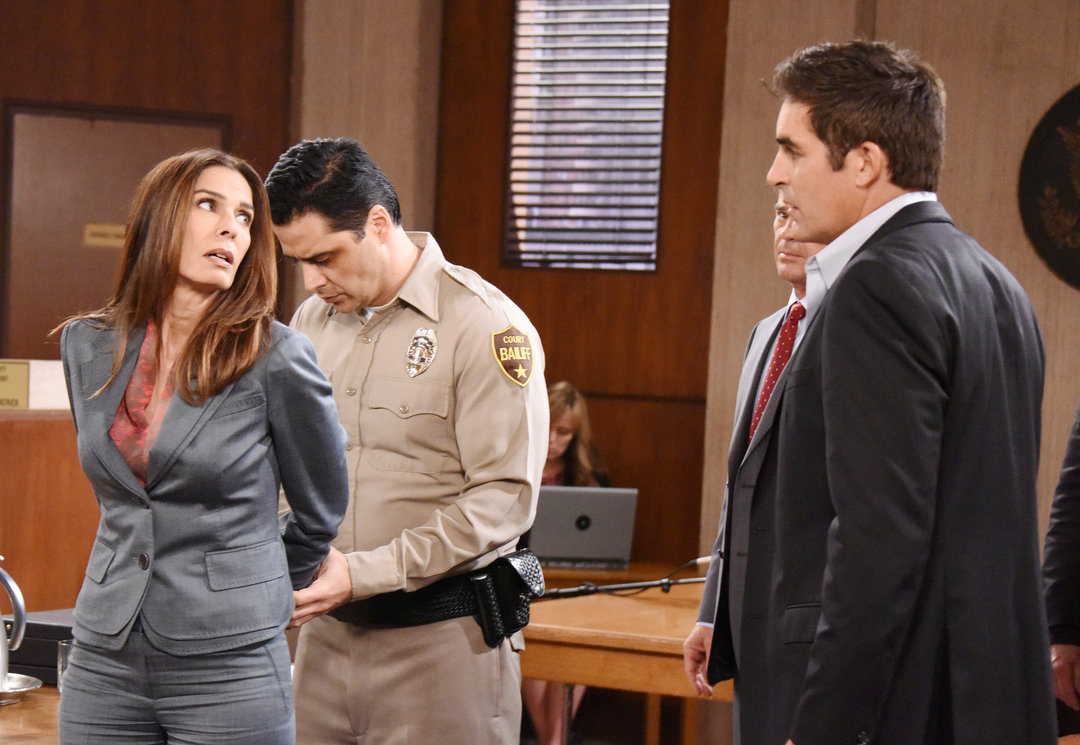 However, it appears Hattie will take pity on Hope. DOOL spoilers hint that Hattie is practically the head honcho behind bars. When she notices other prisoners are being hard on her new pal, she’ll decide to intervene. Hattie will make sure Hope survives this difficult ordeal.

Hope will be thrilled to have someone on her side. She could use some assistance since cops often get rough treatment in jail. Although Hope will get a few visits from friends and family members, she’s still going to battle loneliness. Hattie may not provide a shoulder to cry on, but she could at least be someone to interact with.

It should be great to see Deidre Hall take on this role again. As we mentioned, Hattie is a far cry from Marlena. In a recent interview with Soap Opera Digest, Hall noted that she was excited to step back into Hattie’s shoes. “I adore her,” Hall said. “She’s a grouchy, petulant, combative curmudgeon who, as it turns out, will go to the mat for her friend, Hope.” 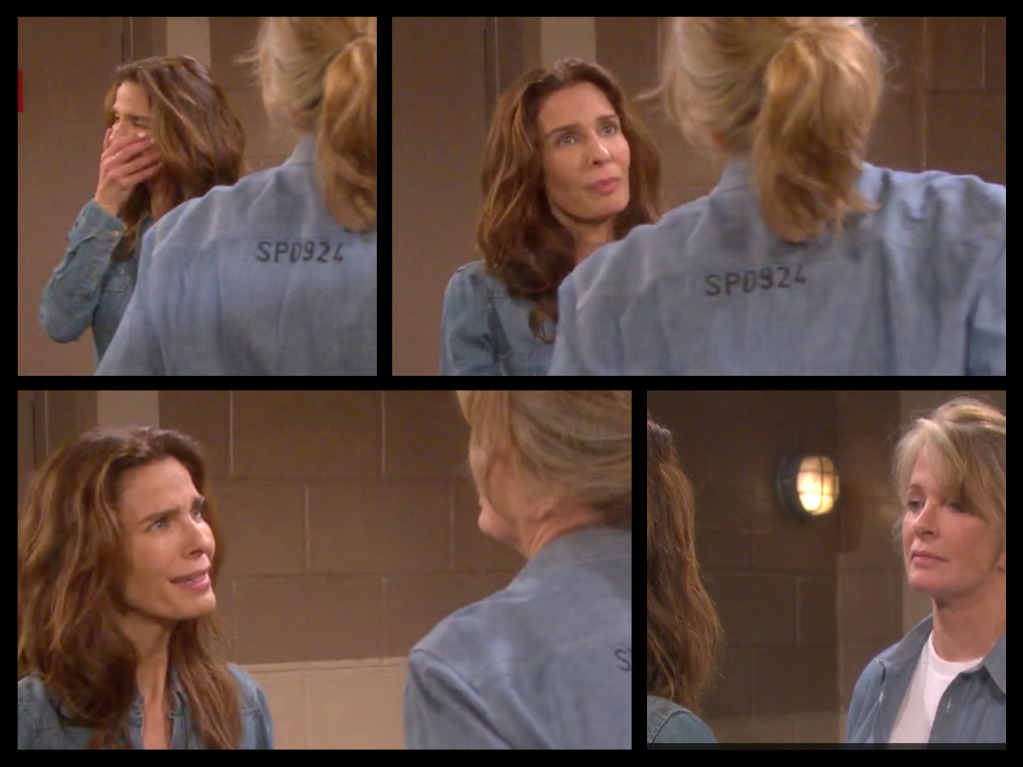 Hall seems anxious for viewers to see her latest take on Hattie. She considers her the “antithesis of Marlena” and claims we’ll love her just as much. Of course, Marlena isn’t going anywhere. She’ll have plenty to do as more Salemites struggle with problems. A shrink’s work is never done!

Days of Our Lives spoilers indicate that Marlena will lend an ear to Brady (Eric Martsolf) as he copes with Theresa’s (Jen Lilley) sudden exit. Joey (James Lastovic) may need another session or two as well. Jade’s (Paige Searcy) pregnancy revelation turned Joey’s world upside down.

Eric (Greg Vaughan) will make a comeback down the road and he’ll also need his mom’s support. Even Marlena herself could face some drama. Days buzz suggests that a crisis of some sort is headed for Marlena eventually.

Bottom line, you can expect to see a lot of Deidre Hall in the coming months. We’ll give you updates as other details emerge. Stay tuned to DOOL and don’t forget to check CDL often for the latest Days of Our Lives spoilers, updates and news.