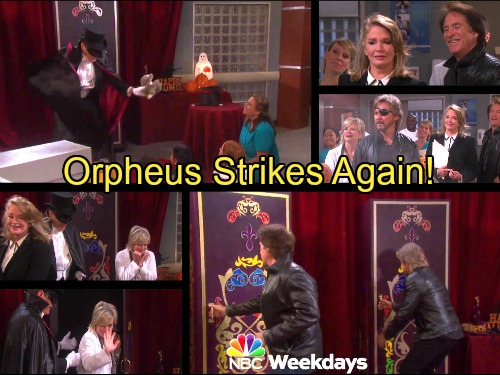 Days of Our Lives (DOOL) spoilers tease that Orpheus (George DelHoyo) will take great pleasure in inflicting more pain in Salem. If you haven’t heard the news by now, Orpheus isn’t dead after all. He certainly looked like a goner when he slumped over in the police station, but looks can be deceiving.

Orpheus managed to fake his death and now he’s preparing for another round of chaos. Days of Our Lives spoilers state that Orpheus will put a lot of thought into his next scheme. This is the big one. It’s the moment Orpheus has been waiting for since he first resurfaced. 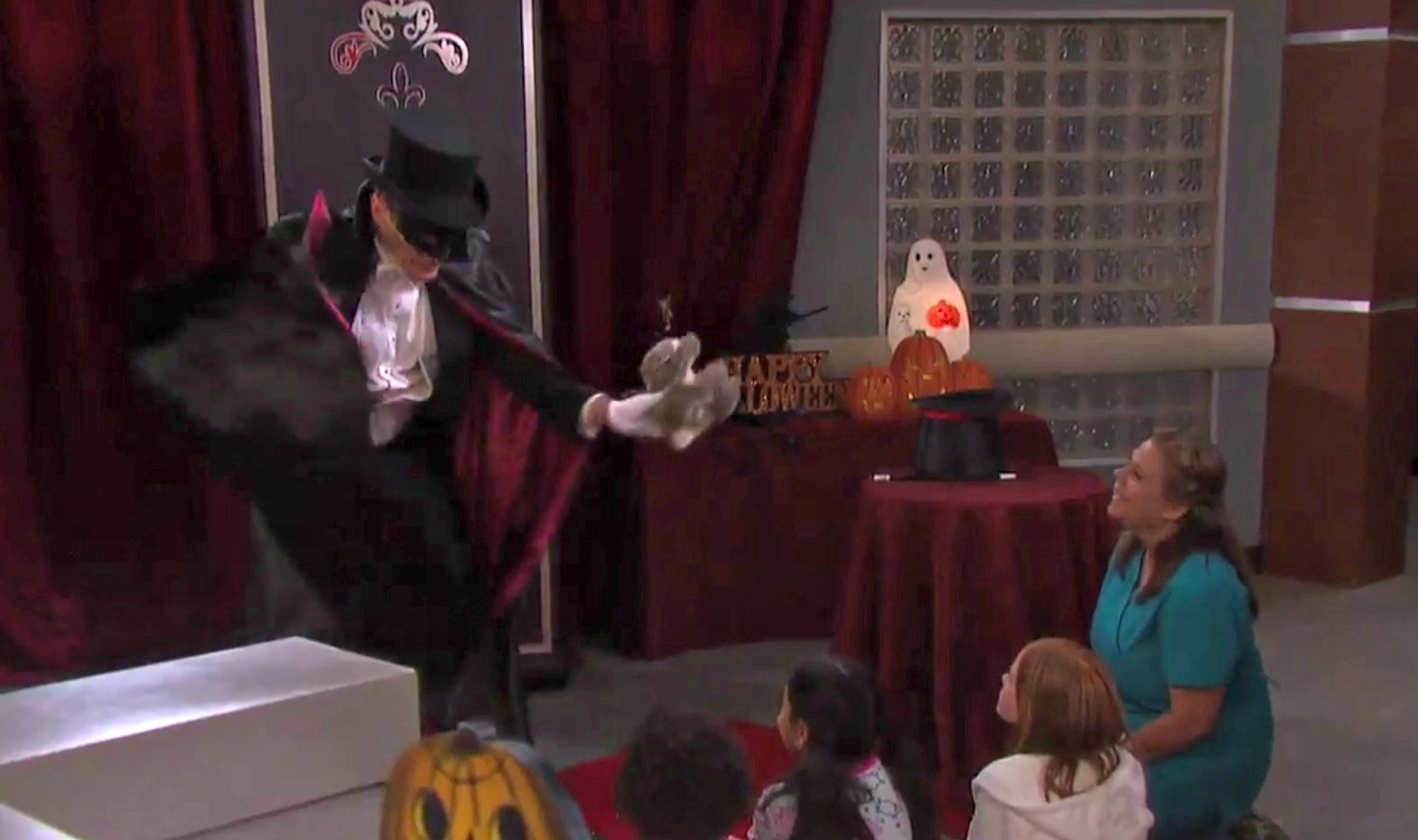 DOOL spoilers indicate that Orpheus will put his plot in motion during a magic show at the hospital. It’ll be an awesome opportunity for Orpheus to fool his intended victims with a trick. As children gather to watch the magician’s act, a few adults will also enjoy the event in the back.

Marlena (Deidre Hall), John (Drake Hogestyn), Kayla (Mary Beth Evans) and Steve (Stephen Nichols) will all be there to watch Orpheus’ horror unfold. Of course, they won’t know it’s their old foe at first. Orpheus will wear a disguise and distort his voice. He’ll try to make sure his targets don’t suspect a thing. 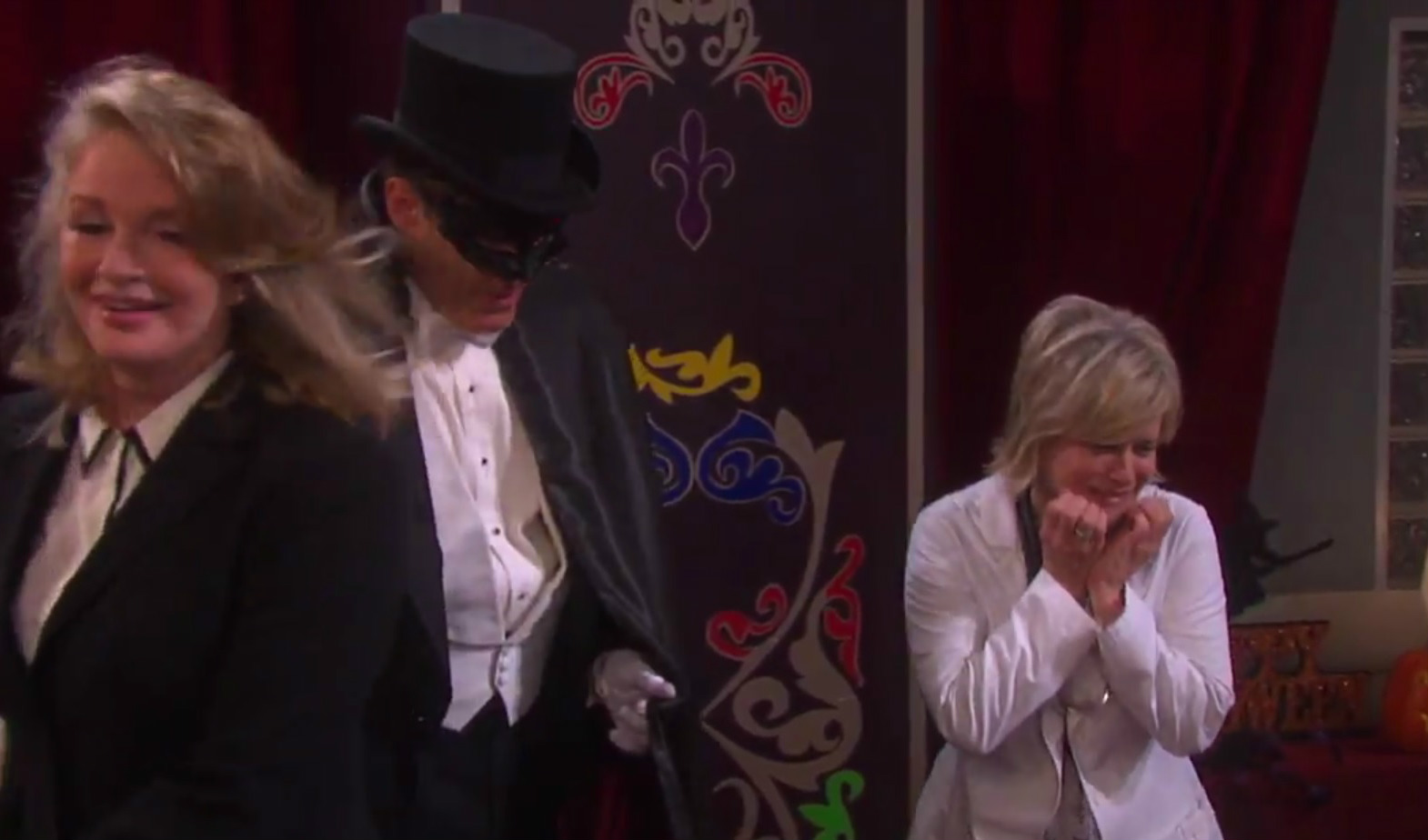 After Kayla and Marlena volunteer to step in the magician’s cabinets, the lights will cut off and Orpheus will disappear with his prisoners. Suddenly, this magic show will turn into a hostage situation. Panic will erupt as everyone discovers Orpheus has cheated death once again.

Days of Our Lives spoilers reveal that John and Steve will immediately begin their search. They’ll be desperate to track down “Doc” and “Sweetness” before it’s too late. Meanwhile, Orpheus will undoubtedly taunt Marlena and Kayla. He’ll want everybody involved to suffer as much as possible. 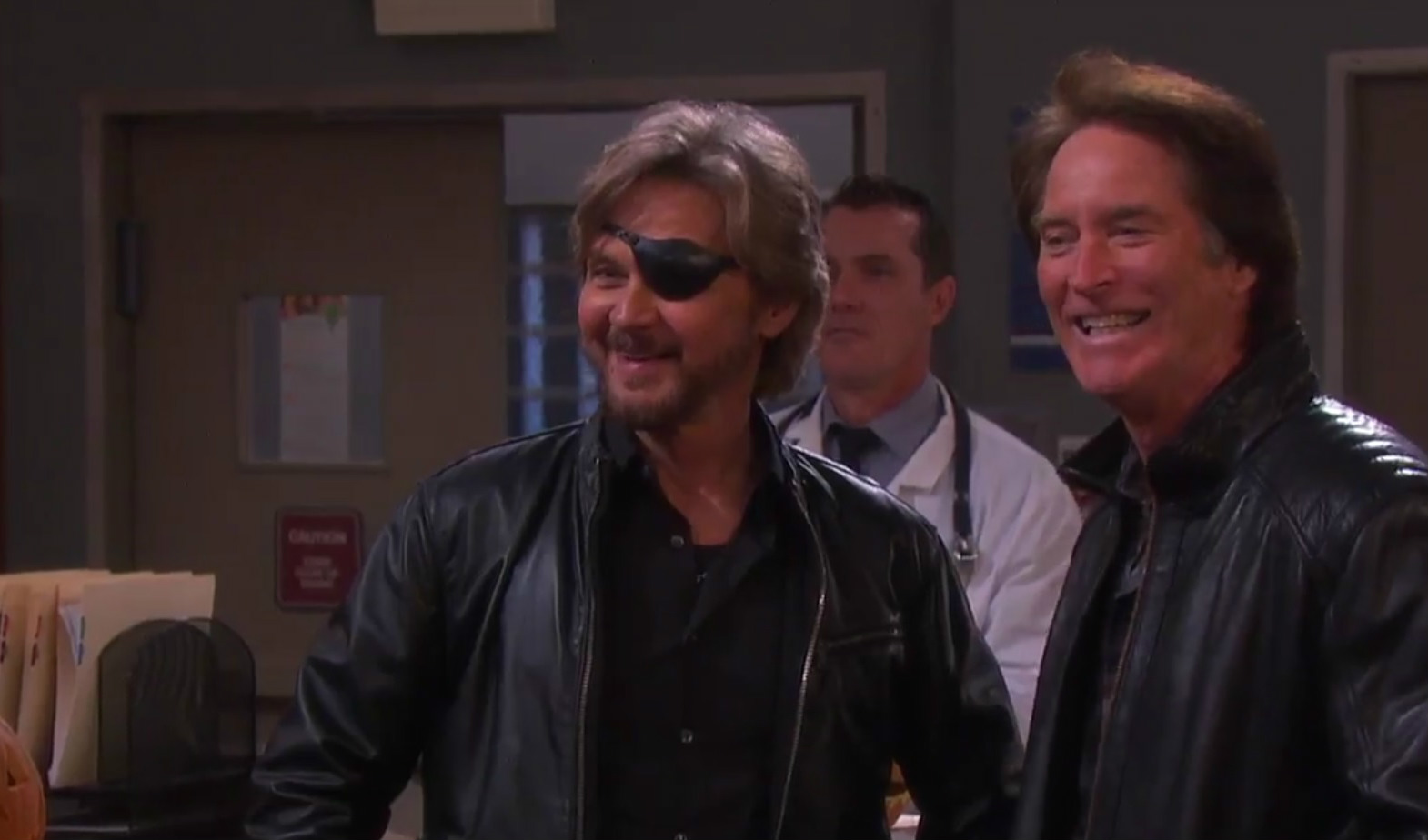 Orpheus is unbelievably cruel. He believes his actions are justified and that’s what makes him so dangerous. Nothing is off the table for a guy like this. Any form of torture is fair game in Orpheus’ book. Days spoilers suggest that John and Steve will try to follow some form of a trail.

Unfortunately, they won’t have long to collect any clues that come their way. Days spoilers say Kayla and Marlena will realize they don’t have much time left. They’ll worry that they won’t be rescued before Orpheus finishes them off. 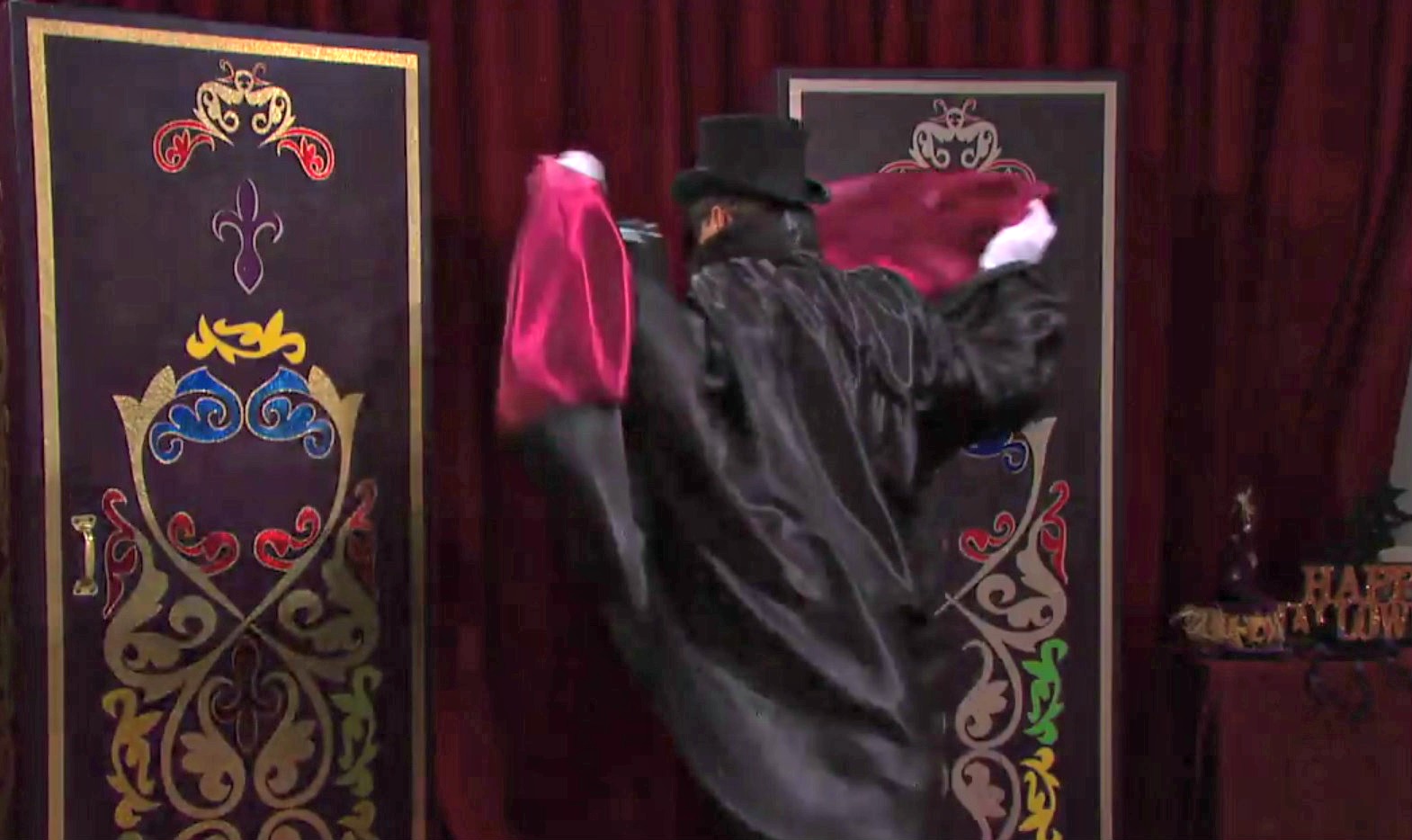 It’s not clear what harsh conditions Orpheus has in mind for Marlena and Kayla, but you can bet they’ll be terrible. He’s been plotting against his enemies for decades. It’s safe to say that Orpheus is a man with a plan.

Luckily, Kayla and Marlena will survive whatever lies ahead. That’s nice to hear, but it sounds like John may run into some trouble. Drake Hogestyn was injured on set due to a prop malfunction and had to take several months off. Hogestyn is back now, but we’re getting closer to his last air date before the forced break. 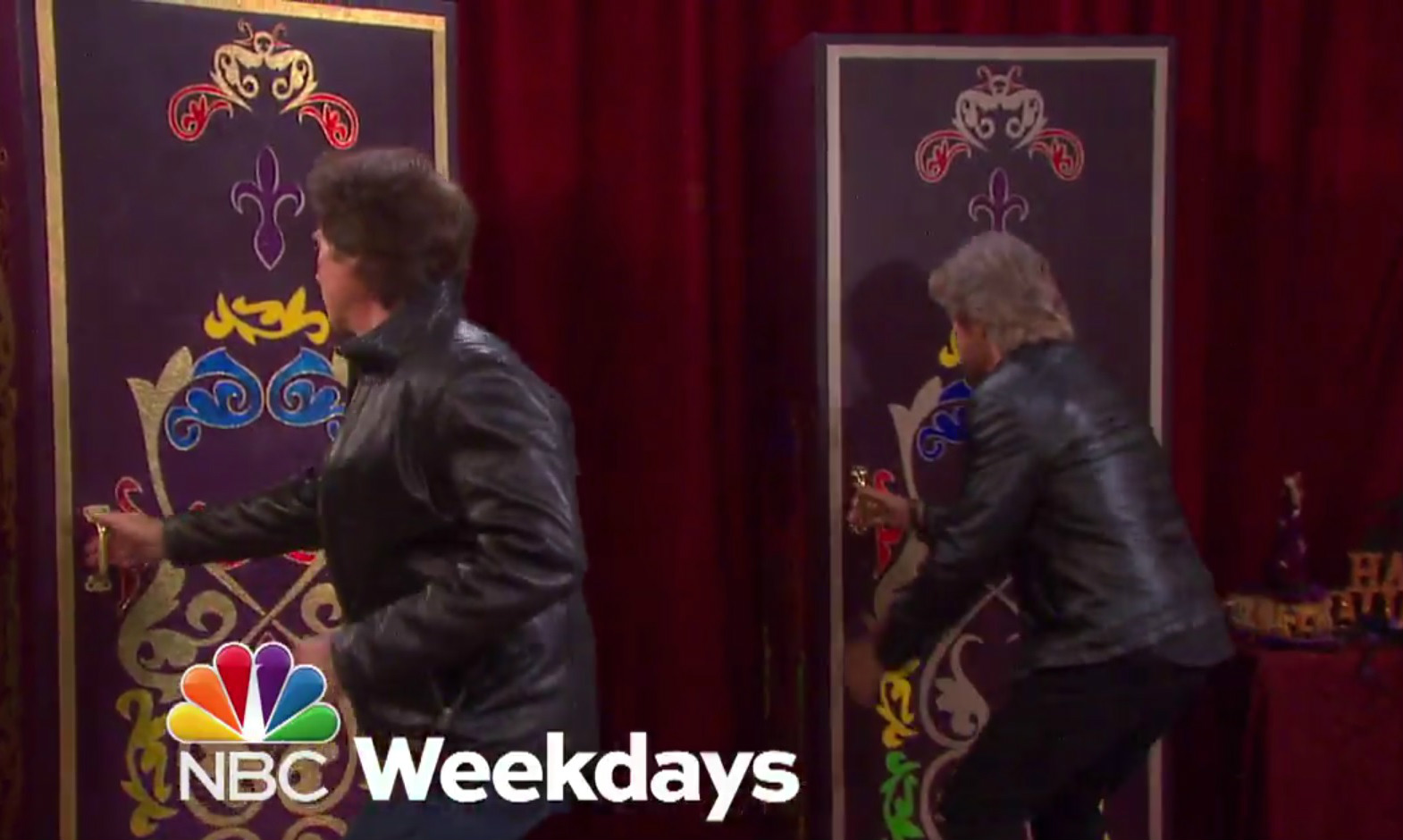 How will John’s absence be explained? Will he go missing? Will Orpheus play a role in John’s temporary exit? We’ll give you updates as more details emerge. Stay tuned to DOOL and don’t forget to check CDL often for the latest Days of Our Lives spoilers, updates and news.

This week on #DAYS, Orpheus returns in disguise for a deadly Halloween surprise. pic.twitter.com/kSeUKeMqrT